Georgia Needs to Invest More in its Human Capital 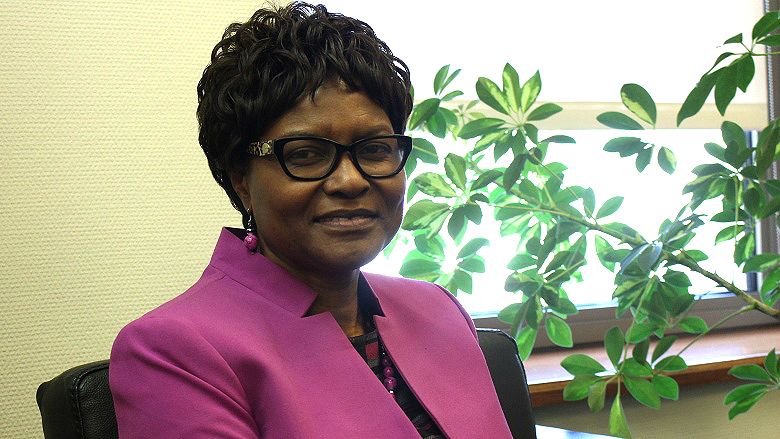 Ms. Mercy Tembon was appointed World Bank Regional Director for the South Caucasus, effective as of October 1, 2015. In this position, Ms. Tembon oversees the Bank’s program in Armenia, Azerbaijan and Georgia and leads the development and implementation of the Bank’s Country Partnership Strategies in these countries, as well as continuing the dialogue with civil society and development partners. Ms. Tembon is based in Tbilisi, which hosts the Bank’s Regional Office for the South Caucasus.

GEORGIA TODAY spoke to Ms. Tembon, a Cameroonian national who expressed her fascination with Georgia and discussed with us the World Bank’s projects and the economic situation in the country.

" Georgia needs to invest more in its human capital and skills development in response to the needs of the 21 century marketplace. I was very pleased to note that in the Prime Minister’s vision for Georgia, education and skills are the priority areas.  "

What are the positive steps that Georgia’s government has taken so far (in terms of supporting business, economic reforms) and what economic sectors should be the priority to develop?

Georgia is one of the top performing countries in the region according to the Doing Business Index. Georgia has made a leap forward in terms of improving the business climate and attracting investors from all over the world. It has cut the time it takes to obtain necessary licenses, it has a good banking sector and has undertaken reforms to ensure macroeconomic stability. However, there is still much to be done.

Now Georgia is moving to the second generation reforms. I was in Kutaisi recently to listen to President Margvelashvili’s annual address, where he said that Georgia should focus on fast paced economic growth and on the initiatives that would speed up infrastructure projects and increase engagement with businesses, as well as continue with education reform. So, Georgia is on the right path.

What are the main critical issues for the country’s economy right now?

Georgia is currently facing some headwinds from exogenous shocks, for example, the global decline in oil prices, and economic slowdown in the countries that are its trading partners. The difficult economic situation in Russia has led to a tangible decline in the demand for Georgia’s exports. Similarly, remittances from Russia and the neighboring countries have reduced tremendously.

With all of these, Georgia is in a situation where it has to adjust to what is happening beyond its borders. And the way to do that is by maintaining macroeconomic stability through prudent fiscal and structural reforms.

How is the Georgian government dealing with Lari depreciation?

The government is treating the Lari depreciation issue with the seriousness it deserves. The National Bank of Georgia (NBG) allowed the Lari to float and thereby, correct external imbalances. To dampen the impact of the depreciation on the financial sector, NBG allowed an extension of maturities for loans denominated in foreign currency.

What steps should the government take to support business in Georgia?

Georgia needs to continue making the business environment more conducive for investors to come. It would also need to continue financial sector development and spur innovation, undertake additional reforms in the judicial system.

Georgia needs to invest more in its human capital and skills development in response to the needs of the 21 century marketplace. I was very pleased to note that in the Prime Minister’s vision for Georgia, education and skills are the priority areas. This is critical because, as the private sector creates jobs, the skills have to be there to actually respond to the requirements of those jobs. In this context, I believe Georgia is on the right path.

What programs are now being carried out by the World Bank in Georgia and what are the future plans and main challenges?

We also have development policy operations that support the government’s reform agenda to improve macroeconomic stability, accelerate economic growth and boost shared prosperity. I am pleased with the Bank’s current portfolio implementation performance, however there is always room for improvement. I think our partnership with Georgia is strong and we are working to strengthen it even further.

This interview was originally published in Georgia Today (February 2016): http://georgiatoday.ge/