Poland’s labor market is undergoing profound changes. First, with Poland’s population ageing and declining in size, fewer workers will have to support more pensioners. Second, technological and structural change in the economy is changing the demand for workers.

Some occupations are getting lost to automation, others to competition from lower wage economies while those occupations that require skilled workers are expanding. Facing the prospects of rapid demographic aging and decline over the coming decades, a highly skilled workforce would help generate the productivity growth in Poland that is needed to fuel continued convergence of the country’s living standards with those of its West European neighbors.

But what does it mean to have a highly-skilled workforce? International research has identified three dimensions of skills that matter for good employment outcomes and economic growth: cognitive skills, such as literacy, numeracy, and creative and critical thinking or problem-solving; socio-emotional skills and behavioral traits, such as ability to finish a task and work well in teams; and job- or occupation-specific technical skills, such as in engineering. 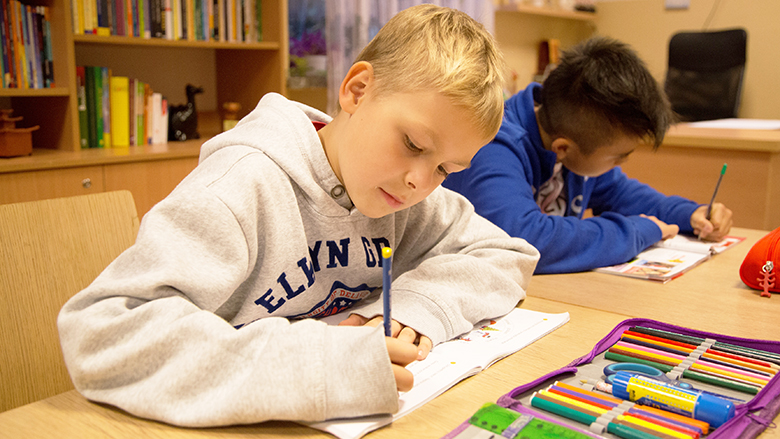 Poland is doing well on this front. Evidence from the Program for International Student Assessment (PISA), which assesses the mathematics, reading, and science competencies of 15-year-olds in more than 60 countries around the world every three years, points to an impressive transformation in the cognitive skill set of the youth in Poland between 2000 and 2012. Poland raised its scores in mathematics, reading, and science to the equivalent of what students would have learned in one additional year of schooling.

The proportion of students at the top performance level have increased, and the share of students who are poor performers has declined. Students from poor and well-off socioeconomic backgrounds alike saw performance improvements. Poland’s PISA scores are now above the OECD average and at the same levels as in countries such as Finland and Germany. All this has been achieved with stable levels of education spending, at about 5 percent of GDP and below the OECD average.

What is the reason for this success? Poland has been pursuing a comprehensive series of education reforms since the early 1990s. Successive administrations introduced standardized examinations at the end of primary, lower and upper-secondary education, transferred significant responsibilities from the central to the local governments, reformed the curriculum, invested in teachers’ professional development and expanded their freedom to choose textbooks.

Most fundamental perhaps has been the introduction of the comprehensive lower secondary gimnazjum in 1999, which delayed selection between general and vocational tracks and effectively added one year of exposure to the general curriculum for those students who prior to the reform would have been in vocational school.

Taking effect after the first PISA test in 2000, when Poland performed poorly relative to EU and OECD averages, this change has been rigorously evaluated and shown to have had a significant positive effect on student performance.

Today, Poland serves as an example in Europe and globally on how to modernize education to equip the next generation with good fundamental cognitive skills needed for 21st century jobs. Countries in Europe and beyond, especially those whose education systems and student performance still resemble Poland’s of the 1990s, are increasingly looking at Poland’s experience to understand how they could learn from it in the design and implementation of their own reforms.

Yet despite the many successes, some challenges remain. First, Poland’s performance in problem solving in the 2012 PISA assessment was well below the OECD average, suggesting that there is a need to strengthen cognitive skills beyond reading, mathematics and science.

Second, there is evidence that performance gaps previously found between vocational and general schools for 15-year-olds prior to the 1999 reform persist today in upper secondary education, where the performance of students in vocational upper-secondary schools trails that of their peers in general education. Vocational training should not come at the expense of reading and mathematics: Students can only be successful in learning vocational skills if they have strong cognitive skills.

Third, equity remains an issue for further attention: The difference in mathematics performance between the top and bottom social quintiles are the equivalent of nearly three years of schooling – a wider gap than the OECD average and much wider than in other top-performing countries like Japan and Korea. Socioeconomic background still matters for performance.

How can Poland build on the success so far and take its education system to the next level? First, it is important to understand the drivers of success so far, including the introduction of gimnazjum, and to not to undermine their positive effects.

Third, the foundations for success are laid early in life: Poland has considerable room to expand the provision of early childhood education and care programs, including by introducing policies that promote preschool attendance for children as young as aged three and four. Access to quality early childhood education and care has been shown in Poland and globally to lead to significant improvements in student performance, especially among disadvantaged and poorer children.

Originally published in Rzeczpospolita on 22 january, 2016.