Scaling up HIV prevention interventions in the Philippines

The Philippines is one of the only nine countries in the world with increasing HIV cases, and the number of new cases has been rising alarmingly.

The primary drivers for the increase of HIV cases are (a) unprotected sex among men who have sex with men (MSM); (b) sharing of unclean needles among people who inject drugs (PWID); and (c) unprotected sex with female sex workers.

New HIV cases among MSM has grown rapidly in the past five years, and now account for over 80 percent of new HIV cases nationally. Another alarming trend is the rise of HIV infections among PWID. In Cebu, the percentage of PWID with HIV infection has increased from 0.59 percent in 2009 to over 52 percent in 2013.

The expansion of the Philippine HIV epidemic is in contrast to what is happening across Asia and the Pacific. Cambodia, India, Malaysia, Myanmar, and Thailand have reduced their HIV infection rates significantly with intensive HIV prevention programs using globally accepted, evidence-based interventions targeted at key affected populations. In Malaysia, the needle and syringe exchange program, in which unused needles and syringes are provided to PWID in exchange for used injecting equipment, and methadone maintenance therapy program, have been implemented as core interventions targeting PWID, with astonishingly successful results. New HIV cases among PWID have been reduced sharply from 3,815 in 2000 to 680 in 2014, and over 90 percent of PWID in 2014 stated that they used clean needles and syringes for injection.

In Bangalore, India, a “big city” approach of targeted interventions has brought positive results in a short time – within three years, HIV prevalence among female sex workers dropped from 22 percent to 5 percent. This has been attained through a consistent focus on high quality service provision of evidence-based interventions targeting key affected populations, creation of demand for services, and growing leadership of local governments and community-based organizations over the course of the intervention. For large cities in the Philippines, this big city model represents a major opportunity for effective targeting of high-risk groups and rapidly curtailing the further growth of the HIV epidemic.

Given the concentrated nature of the HIV epidemics among MSM and PWID, most of whom live in key big cities, the Philippines need not spend its limited resources providing mass interventions to the general population. The most effective and cost-effective way is to scale up evidence-based HIV prevention interventions targeting MSM and PWID in priority cities, which will cover over 80 percent of the epidemics.

For MSM, key interventions need to include scaling up HIV counseling and rapid testing, peer education, distribution of condoms and lubricants, and facilitating linkages between rapid testing and treatment. Rapid testing with same-day results, which is being implemented in several countries, needs to be introduced officially in the Philippines. Currently, many clients need to wait as long as two months to receive confirmatory test results, leading to many clients not to return for test results and disrupting the linkages between HIV testing and treatment. The roles of the local government units (LGUs) were proven to be indispensable in the national efforts to scale up HIV prevention interventions in priority areas. This has been demonstrated by the leadership of Mandaluyong, Paranaque, Quezon City, and Taguig that use LGU resources to provide peer education, HIV counseling and testing, distribution of condoms and lubricants, and linking HIV testing to treatment targeting MSM in their respective areas, with satisfactory results.

For PWID, the interventions need not only include scaling up the HIV testing, treatment, peer education, and distribution of condoms to prevent transmission to sexual partners, but also, very importantly, the needles and syringes program (NSP). The provision of clean injecting equipment does not facilitate drug use but help change the risky behaviors and facilitates safe use as a public health measure. It is fully endorsed by the World Health Organization (WHO), Joint United Nations Program on HIV and AIDS (UNAIDS), United Nations Office on Drugs and Crime (UNODC), Economic and Social Commission for Asia and the Pacific (ESCAP), and leading international organizations. It is one of the best proven public health interventions globally, which is practiced in numerous Asian countries including China, India, Malaysia, Vietnam, and Taiwan.

Several studies by WHO, UNAIDS, and UNODC show clear evidence that NSP does not promote drug use, does not lead to the initiation of injecting among people who have not injected previously, and does not lead to an increase in the duration or frequency of illicit drug injection. Another important benefit of NSP is how it creates connections with a group of people otherwise difficult to reach and contact. The provision of clean needles and syringes provides an excellent entry point for engaging PWID in other health services that could ultimately lead to social engagement, addiction treatment, as well as reduction and elimination of drug use.

There are about 6,000 PWID in Cebu. Given the small number, the epidemics can still be contained using globally-accepted and evidence-based harm reduction interventions that include NSP. If the epidemics are not controlled effectively, there will be severe ramifications, and HIV as well as other concurrent transmittable infections like syphilis, Hepatitis B and C that many PWID already acquired, will spread to the general population, affecting women and children. 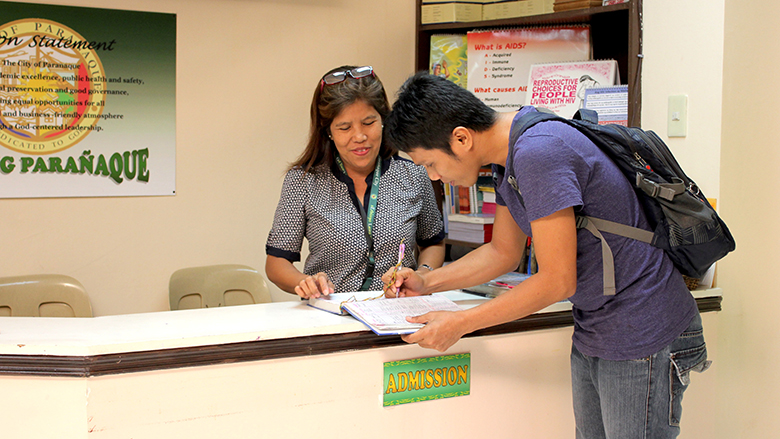