CHISINAU - I am often asked when the World Bank will again provide budget support to Moldova. At the Government’s request, the World Bank has reserved $45 million for support to the 2015 budget. An economic recession in the region has lowered the revenue of the Moldovan Government from taxes and customs duties, and the country’s economy is forecast to shrink by 2 percent according to our latest Global Economic Prospects report. These $45 million could therefore help avoid cuts on important public services and investments.

However, the World Bank cannot make such a large payment into the Government budget until we see decisive action to resolve Moldova’s banking sector problems. It would be illogical and irresponsible for the World Bank to transfer our shareholders’ money into the budget through the front door while there is a risk of even larger sums of public money being lost out of the back door through fraud and corruption in the banking sector. This has been the World Bank’s position since the banking sector issues emerged in early 2014.

Also, the World Bank is only allowed to give budget support to any country when the national budget is sound and reflects policy decisions. Government will have to issue Government bonds to protect depositors from the banking fraud, and Moldova’s 2015 budget does not yet include the cost of interest on these bonds. The national budget is not therefore ready to receive budget support from the World Bank. 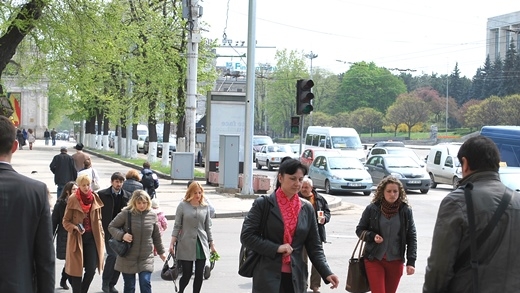 We are advising the authorities that the three banks currently under special administration, Banca de Economii, Banca Sociala and Unibank, should be liquidated. Any attempt to nationalize and recapitalize Banca de Economii would not only increase the direct cost to the Government budget, but again would create a risk of taxpayers’ money being used to cover hidden losses and potential future losses. Indeed, it is conceivable that some of Banca de Economii’s remaining debts are to people involved in the frauds. If this were the case, reviving Banca de Economii would allow them to extract even more money at the taxpayer’s expense.

It is useful to restate what Moldova’s Development Partners published in the February 2015 Briefing Book – a set of policy notes: “Although irregularities were apparent since late-2013, the authorities took no meaningful action till late November 2014.” The Briefing Book lists measures to protect the Moldovan public from future banking fraud. The World Bank stands ready to provide technical advice on these measures if and when there is commitment to their implementation.

Every week I hear new stories about how corruption and red tape are stopping Moldovans from getting jobs. This week it was a garment factory which couldn’t get permission to open a crèche for its seamstresses’ children and a company which had to wait literally years to import vital machinery through customs. Moldovans deserve good jobs and will only get them if private businesses grow. But so many indicators of corruption have grown worse instead of better over recent years. The percentage of a Government contract’s value spent on bribes rose from 8% to 11% during 2008-13. The percentage of firms saying that bribes were at least moderately important in getting business went up from 12% to 53% during 2005-13 – a staggering increase. The percentage of firms saying they had to pay a bribe to get a construction permit rose from 23% to 43% during 2008-13; it went up from 7% to 22% to get an operating license. It is not surprising, therefore, that private firms now say that corruption is their number 2 problem (after political instability).

Moldovan citizens are entitled to better public services and they deserve well-paying jobs. The average daily income of Moldovans was only 77 lei in 2013. One person in six had too little money for their basic needs. Schools need upgrading, health centres need equipment and three quarters of the rural population still do not have piped water. So Moldovans need public money to be spent well and businesses to be allowed to get on with creating jobs.

We are therefore convinced that the World Bank can be most helpful to ordinary people in the long run by supporting a clean economy; and that includes our budget support programme.