During my visit to Vietnam this week, I have seen proof of this country’s development all around me – the entrepreneurial spirit in people, vitality in a youthful population, and evidence that the private sector is making a major difference in people’s lives. The energy has been palpable and infectious.

During Doi Moi reforms in the late 1980s, the country’s leaders took bold steps to allow the emergence of private enterprise: agriculture was decollectivized; private land use rights were established; the majority of prices were liberalized; and through the historic Enterprise Law, several restrictions on private sector activity were eliminated. Several state enterprises were turned over to private sector and others partnered with the private capital and diversified ownership. The leaders also opened up the country to international trade and investment and began liberalizing the financial sector.

These bold steps and the strong response from domestic and foreign enterprises has transformed a failing, centrally planned economy into a dynamic market-oriented one.

Vietnam’s reward has been a stunning average growth rate of 7 percent per year between 1991 and 2010. This economic growth has contributed to lifting tens of millions of Vietnamese out of poverty. But that’s not all: The bottom 40 percent of the population has enjoyed an even higher growth rate than the average rate – a 9 percent rise in incomes annually over the last two decades. Prosperity has been broadly shared in Vietnam.

However, despite all of this progress, the economy’s efficiency and productivity has stagnated in the last few years and as a result growth has slowed to around 5 percent. This is not enough to create good jobs in sufficient numbers to continue to improve the prosperity of the majority of Vietnamese.  It is also lower than what is needed to allow Vietnam to succeed as a middle-income country and transition to high-income status.

How does Vietnam return to a period of high growth? Vietnam’s future economic success will depend on allocating capital and resources to their most efficient and productive use. It will need to create high-skilled and high-value jobs, cultivate innovation, and then bring that innovation to scale. I believe that one important strategy for resuming rapid growth is to create the right conditions to ensure that the private sector is an engine of innovation and hence productivity and efficiency.

The private sector in Vietnam is still relatively underdeveloped, and faces major constraints.  At the same time, its record to date is significantly more efficient than state-owned enterprises in the use of capital. Estimates by McKinsey, the global management consulting firm, found that with one additional unit of capital the private sector in Vietnam produces three times additional revenue compared to state-owned enterprises.

During my time in Vietnam, I am meeting with the country’s leaders to discuss two options to boost private sector investment.

The first is creating a level playing field for the state-owned and private sectors. The former enjoys monopolies, subsidies, and special access to capital and resources – privileges not available to the private sector. Vietnam can take advantage of regional and global free trade agreements to dismantle these privileges. If it chooses this path, the private sector could thrive and create more good jobs

The second option to boost private sector investment is finding new ways to provide the long term sustainable financing which is currently missing and badly needed for the private sector to grow. Vietnam needs to work toward building new markets for such financing.  An important step would be to speed up the resolution of bad debts in the banking sector and the recapitalization of the banking system. But Vietnam will also need to develop a strong non-bank financial sector (bond, securities, pensions and insurance markets) to provide a range of alternative and cheaper sources of financing.

The government of Vietnam and the World Bank Group – including the IFC, our private sector arm - are about to embark on a new initiative to look at how the country can speed up its transformation. This should increase the chances of Vietnam achieving its aspiration of succeeding as a middle-income country and becoming a high-income country within a generation.

Vietnam has a bright future, thanks to its leadership, private sector entrepreneurs, its people, and its geographic location in East Asia’s vibrant economic neighborhood. If it now unleashes the full power and creativity of the private sector, Vietnam’s successes will only grow, and millions of people will have a better chance of getting good jobs and sharing in the country’s growing prosperity. 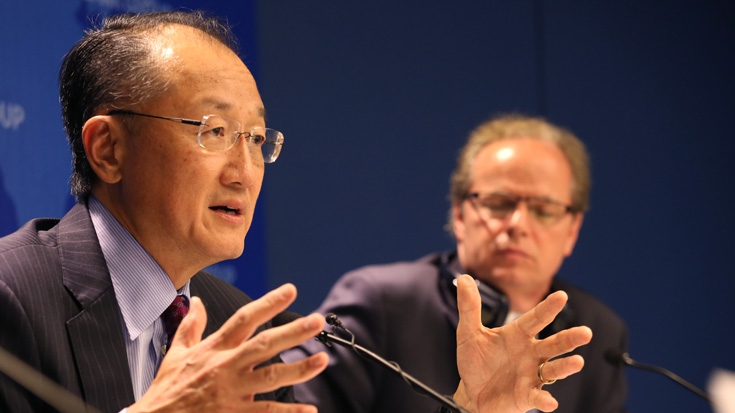