Africa has achieved exceptional economic growth over the past decade, averaging 4.5 percent a year and underpinned by prudent macroeconomic management.  Now we must achieve economic growth that is accompanied by significantly less poverty and greater prosperity for all the people of the continent.

With new discoveries of oil, gas, and minerals seemingly every month, we need to be able to extract, market, and invest the new-found earnings from these resources in higher quality education, health, and other vital development priorities.

As Africans move to cities in ever-growing strength, we must also address unprecedented rates of urbanization and new needs for housing, infrastructure, and agricultural productivity to feed urban residents as well as increase food security in rural areas.

On the environment front, Africa, which has contributed the least to climate change, is bearing its disproportionate impact in terms of droughts, floods, rising sea levels which in turn bring economic losses and hardship.

At the same time, these challenges also bring opportunities for joint research that would benefit scientists across the world as well in Africa. There is scope for similar research collaboration between African and foreign scientists in medicine and biodiversity, irrigation, engineering, mining and other fields.

But here is the challenge. We will only achieve these exciting research coalitions in Africa if we correct a longstanding imbalance in our education systems.  Today, our stock of graduates is still highly skewed towards the humanities and social sciences, while the share of our students in science, technology, engineering, and mathematics (STEM) averages less than 25 percent. Further, women are under-represented in science and technology-related courses and professions on the continent.

Thanks to Africa’s recent progress in school enrolment, more and more students are completing primary and secondary school. This new generation of young Africans must be equipped with the modern skills and knowledge they need to find African solutions to Africa’s challenges. Earlier this year, at a High-Level Forum on Higher Education for Science, Technology and Innovation hosted by the Government of Rwanda and the World Bank in Kigali, participating countries and partners called for a bold target—to double the share of African university graduates in science and technology fields within a decade, by 2025. This is key to transform Africa into a knowledge-driven continent within a generation.

So how can we do it? There are proven steps that can be taken to realign higher education with the needs of the 21st century economy and to brighten the career prospects of young Africans today. Partnership is the operative word, between academic institutions both in Africa and abroad, between universities and the private sector, and with new investment partners in Asia and Latin America. Systemic reforms are also necessary, particularly to improve the quality of education across all levels of the education system, and to make higher education more relevant to the needs of would-be employers.

African universities have much to gain from joining forces with universities abroad, such as through the University of Michigan’s STEM-Africa initiative which has nurtured young scientists and advanced research networks with institutions in Africa, and also their work in training mathematicians and doctors on the continent.

In fact, the African Diaspora can play a very critical role in advancing science and technology in their countries of origin by helping generate new interest in supporting the STEM fields in Africa.  We must mobilize a wide alliance of supporters including policymakers, international financial institutions such as the World Bank Group, and academics, both in Africa and abroad.  At the same time, universities in Africa now need to achieve the next level of home-grown excellence.

A number of US and European universities have campuses and programs overseas, notably in Asia and the Middle East—and the next frontier is Africa. One U.S. university has opened a campus in Rwanda, and the first cohort of students from this center will graduate later this year. By building campuses in Africa, such programs bring quality education that is adapted to local cultural norms and requirements. Universities that move quickly will be at a significant advantage as this is a growing market that will only become larger as Africa continues its robust economic growth.

Students must also be able to apply what they learn once they graduate and look to cross the threshold of the jobs market. This requires innovative partnerships and coalitions, as well as targeted reforms.  Following the example of countries like Kenya and Senegal, ministries responsible for higher education should aim to boost private representation on their university boards and engage with the private sector to strengthen links with employers, including on curriculum design. Private sector partners in Africa can also offer apprenticeships, internships, and certification programs, to help bridge the gap between what is being taught in universities and the realities of the job market, and to invest in the next generation of technicians and corporate recruits.

The World Bank is working with eight African governments and the Association of African Universities on the Africa Centers of Excellence initiative, which will strengthen 19 centres of excellence in West and Central Africa. This initiative aims to build and sustain excellence in higher education in Africa, particularly in science and technology, by fostering regional specialization, concentrating limited top-level faculty and generating knowledge “spillovers.” This sort of cooperative action is vital to maximize the impact of limited resources and achieve greater regional integration.

Africa’s new partners—countries such as Brazil, China, India and Korea—can play an important role in building human capital in Africa. These countries have rich experience in developing higher education programs that serve the needs of modernizing economies, and have much to offer by way of lessons learned and active partnerships. The World Bank is working towards building a Partnership for Skills in the Applied Sciences, Engineering and Technology (“PASET”) that brings together new partners and African policymakers, to catalyse this process especially in high-potential sectors.

Partnership among all of these networks will commit us all to a coordinated, faster approach to advancing science and technology in Africa and helping Africans young people achieve their aspirations. It will also help companies to find young Africans with advanced skills and knowledge locally, allowing them to compete and thrive in international markets.

As more than 11 million young Africans try to enter the job market every year over the next decade, we need to make strategic investments in their education and other development prospects in order to drive and sustain Africa’s economic transformation. 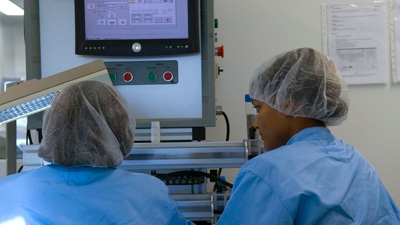 Higher Education for Science, Technology and Innovation in Africa