How Urbanization Can Help the Poor

Over the past three decades and a half, China's urban population has risen from less than one-fifth of the total to more than half, which means about 500 million people have been added to the urban population. By 2030, up to 70 percent of China's population is likely to live in cities - that is, one in every six urbanites in the world will live in China.

How China urbanizes, therefore, is important not only to China, but also the rest of the world. It is also critical for China's poor. The overwhelming majority of China's 100 million officially poor and the 275 million Chinese that spend less than $2 a day live in rural areas. But the key to getting them out of poverty lies in China's cities.

China's urbanization has supported the country's impressive growth and rapid economic transformation. Chinese cities provided cheap land, abundant labor and local governments eager to attract investment and create jobs. As a result, hundreds of millions left farm work to seek more higher paying jobs in cities - and 500 million people were lifted out of poverty in the process. Poverty in China is overwhelmingly a rural phenomenon - less than 3 percent of the urban population lives in poverty.

But now China's investment- and export-driven growth model is showing signs of running out of steam. Its land-hungry urbanization has led to urban sprawls and congestion; it also is a growing source of unrest among farmers who feel under-compensated for the loss of their land. Land also played a big role as collateral to local government debt, which has risen rapidly in the past decade and now adds up to some 30 percent of GDP, 10 percentage points higher than the US.

China's income and wealth inequality has been on the rise as well, with growing urban-rural income inequality being a major factor driving inequality. Within cities, inequality between people with urban household registration (hukou) and migrants with rural hukou is stark, too. Although migrants' wages have increased recently, their inability to fully access public services creates a divide, risks the future of their children and is becoming a deterrent for migration.

Environmental pressures in cities are rising too. Urbanization has exposed many more people to pollution, and thus the costs in human lives and economic loss are on the rise.

The Chinese authorities are well aware of these issues and have announced plans for a new model of urbanization, "people-oriented" urbanization. The World Bank and the Development Research Center of China's State Council (the country's cabinet) have just issued a joint report on how such a new model - more efficient, inclusive and environmentally sustainable urbanization - can become reality. If implemented, China's next phase of urbanization can make a big difference to its urban and rural poor.
Central to the agenda is better land policies. Land has a special status in China. According to the Constitution, urban land is owned by the State and rural land by collectives. Reforms over the past three decades have already created land-use rights for individuals and enterprises, but rural land rights reforms have lagged behind that of urban rights. Stronger property rights on land for farmers and stricter limits on local governments to requisition land for urban growth would lead to more compact, efficient cities that require less energy to run. Better-defined property rights on farmland will help in consolidating that land and facilitate better farming techniques.

Land reforms can also improve the distribution of income and wealth, because rural land prices are likely to rise with stronger property rights. One estimate is that the total compensation that farmers received on their land in the past 20 years was about 2 trillion yuan ($321.34 billion) below market value, or 4 percent of China's GDP in 2013. If this money had made a return equal to China's growth rate, it would now add up to 5 trillion yuan, or almost 10 percent of GDP.

Second, by reforming the hukou system, China could increase productivity of its labor force, accelerate urbanization and reduce income inequality. Despite rapid urbanization, China's urban population is still lower than the country's development level would suggest. Moreover, one-third of city dwellers do not have urban hukou, and they and their families have limited access to public services. The hukou system effectively discourages migration to cities, holding back China's transformation and keeping too many people working the land in agriculture, which keeps agricultural labor productivity and wages low.

There indeed are bottlenecks in service delivery in Chinese cities. But in the past, rapidly urbanizing countries such as Japan and South Korea did manage to expand public services without restricting people's mobility. The World Bank-DRC report says China could do the same by linking public services to an individual's place of residence rather than his/her place of origin. Making it easier to migrate would not just provide more people with better job opportunities in cities, it would also accelerate agricultural transformation, as fewer workers on the land will require new techniques that increase labor productivity and wages of those that decide to stay.

Finally, when migrants' children can join their parents in cities and get good education, it will create for them better opportunities to escape poverty.

To enable land and hukou reforms, China first has to comprehensively reform its fiscal system. With stronger land rights for farmers, cities would lose the revenues from land conversion. At the same time, providing more and better public services to migrants will cost them more than before. So cities will need new revenue sources. The best sources of revenue for local governments are those that are imposed on people that reap the benefits from cities - and a property tax or a local surcharge on personal income taxes would fit the bill.

Moreover, environmental charges and levies, such as higher motor vehicle license fees, pollution charges and higher cost recovery on utilities will not only raise more revenue, it can also address urban environmental problems.

More efficient, compact cities can also yield major savings. At the current rate, China's cities will spend about $5.3 trillion on infrastructure over the next 15 years. But with more efficient, denser cities, China can save some $1.4 trillion on infrastructure spending - or 15 percent of last year's GDP. This could be used to finance the expansion of healthcare, education and low-income housing that migrants need to settle in cities.

Making the shift from physical expansion of cities and infrastructure to delivering services to Chinese citizens will truly be the people-oriented urbanization the authorities are looking for, and China's poor will stand to gain most from that shift.

The author is the World Bank chief economist for the East Asia and Pacific Region. 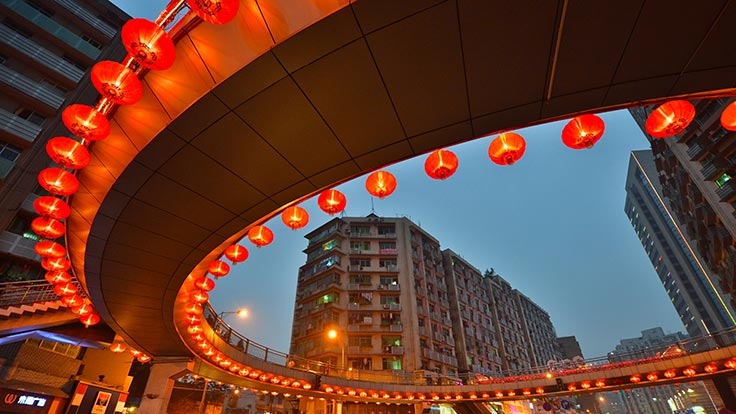