Time to turn on the lights in Myanmar

This article was published in The Nation on February 4, 2013; and The Myanmar Times and the South China Morning Post on February 5, 2013.

The people of Myanmar have been in the dark for too long. It's time to turn the lights on. Of the nearly 60 million people living in the country, three out of four are without reliable access to electricity. No power means that children cannot study at night, people cannot run a business during the day and clinics cannot refrigerate medicines vital for the population's health.

Access to electricity changes everything. An entrepreneur in a small village can expand trade; charged mobile phones can bring connectivity to urban dwellers and remote villages alike. Rural households can reduce hazardous pollution from wood-fired stoves in poorly ventilated homes. For Myanmar, access to sustainable energy offers the opportunity to boost economic growth dramatically - and to directly improve the lives of the poorest and most vulnerable.

Myanmar's government has embarked on rapid political and economic reforms since 2011, following decades of isolation. The government has allowed the media and civil society to speak up, it has moved towards closing the gap between its official and informal exchange rates and let market forces play their role. It also has a new foreign investment law to attract business. But there is still much to do if Myanmar is going to realise its social and economic potential.

It is important for the government to continue with bold reforms that put people first. The global community is working together to support these efforts; arrears to the World Bank Group and the Asian Development Bank have been cleared and we are reengaging to provide financial and technical support. The World Bank Group brings global knowledge, solutions, and best practice to deliver results on the ground and it can help the government and the private sector create jobs and opportunities. We are already discussing with the government how to improve agricultural output and public financial management to strengthen the economy.

For Myanmar to build a brighter future, the country's leaders have identified increased access and more reliable electricity as a key priority. The World Bank Group is prepared to assist this effort and offer its collective experience and technical expertise in power generation and expansion. The challenge is to meet short-term needs quickly while setting the country's electric power industry on a sustainable path that will satisfy society's growing hunger for economic opportunities for decades to come.

The good news is that Myanmar's vast hydropower potential and gas reserves mean sustainable power can be made available, if done right. At the moment, a run-down system wastes around a quarter of all generated power before it reaches users. Domestic energy demand outstrips supply by 30 percent or more.

The power of electricity to transform lives is evident in Laos and Vietnam where the World Bank Group has supported a dramatic expansion of generation and access - in Laos more than 80 percent of citizens are connected and in Vietnam over 97 percent of citizens have access to power. Both economies are doing better as a result.

Responding to ever-growing energy needs, Myanmar is recognising the potential of private sector participation and has begun to explore public-private partnerships and independent power production on a pilot basis.

What is important now is to take individual pilots to the next level by developing an electric power industry master plan as an immediate priority. Models such as public-private partnerships should be considered where private sector capital and know-how are used across the entire chain of power production - from generation to delivery to the end-user.

A well-implemented strategy would unlock greater investment in the country's dilapidated power infrastructure to address supply shortages and raise the electrification rate. It would accelerate the path to a Myanmar where all citizens enjoy reliable electricity at reasonable cost.

Now is the time to make strategic decisions that will meet future needs in an economically and environmentally sustainable way. Combined private sector experience and international development know-how can play a key role.

Working with the public and private sectors and other development organisations, we hope to facilitate investments to help revitalise Myanmar's energy infrastructure and power sources, offering both short-term gains and a longer term sustainable path for the entire country - rural villagers and urban dwellers kept in the dark for so long deserve to have the lights turned on in Myanmar. 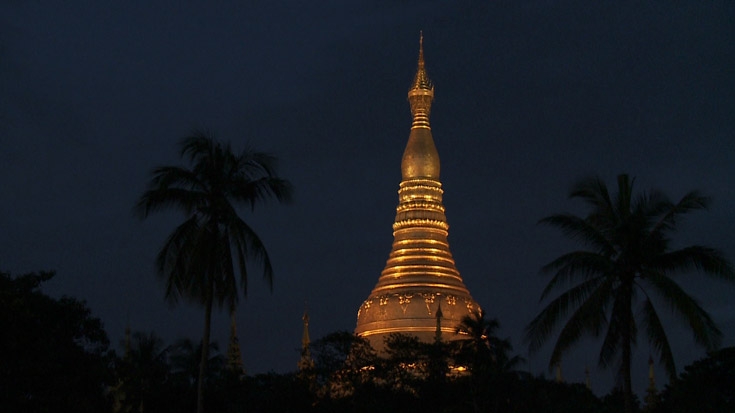 Electricity for a Bright Myanmar