In the Democratic Republic of Congo, People-Centered Solutions to Forest Degradation

Every day, everywhere, people need to eat. In the Democratic Republic of Congo (DRC), this often means preparing fufu, a mixture of cassava flour and cornmeal stirred into boiling water over a source of heat. And that heat, in most cases, comes from charcoal or firewood, both extracted from Congolese forests. Although solar panels can be seen here and there on the thatch roofs of tiny villages and in the courtyards of modern homes powering lightbulbs and charging phones, cooking requires stronger and steadier heat.

“My first choice is charcoal,” said Alpha Mweme, a young woman in the town of Nioki in Mai Ndombe Province. One bag of charcoal lasts her family one month. “If I can’t afford charcoal, I look for firewood. And if I don’t have wood, I can’t cook.”

Only 3.7 % of the population in DRC had access to clean fuels and technologies for cooking in 2020. In rural areas, that percentage was almost nil - 0.5 % according to the same report. A pervasive system of charcoal-makers, porters, and river barges moves charcoal into villages and towns, all the way to the capital city of Kinshasa, while women carry large bundles of firewood, day-in and day-out, on their backs. The lack of alternatives to woodfuel results not only in time-consuming labor and illness related to air pollution, but also in a steady degradation of DRC’s forests, threatening the integrity of the world’s second largest rainforest.

To reverse the trend and better protect DRC’s forests would require a tremendous leap in clean cooking technologies and an exponential increase in access to energy; the kind of energy that can support income-generating productive activities in villages and small towns. In the meantime, it’s critical to take an integrated approach that recognizes people’s needs, reduces deep poverty, and preserves resources for the future. 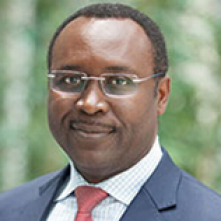 In Mai-Ndombe Province, that approach is championed by the Integrated REDD+ project, known as PIREDD/Mai-Ndombe, implemented by the Ministry of the Environment and Sustainable Development since 2018 with support from the World Bank and financing from the multi-donor Central African Forest Initiative (CAFI) and the Global Environment Facility (GEF). Rather than pitting people against trees, or development against the environment, the six-year project seeks to tackle the energy poverty and low agricultural yields at the root of most deforestation.

To date, the project has:

In Konkia, a rural community outside of Nioki, a new 81-hectare acacia tree plantation established in the open savanna stretches as far as a drone’s eye can see. Combining environmental and economic benefits, it’s emblematic of the project’s people-centered philosophy.

In the plantation’s first year, cassava was intercropped with acacia seedlings to demonstrate the benefits of growing crops in the open savanna. “Farmers were skeptical at first,” conceded Jean Claude Muwo, an agronomist working for the Ministry of Environment and the PIREDD/Mai-Ndombe project, “because people are used to farming in the forest.” But the higher yields and stronger pest resistance of the cassava variety introduced in the savanna has begun to make converts. The hope is that more farmers will abandon slash and burn agriculture in forest areas, a practice that provides an initial fertility boost for crops in the first couple of years after trees are cleared but contributes to significant deforestation in DRC.

The plantation’s acacia trees, now two and three years old, already provide shade and a favorable habitat for the return of mushrooms, berries, and antelopes on once marginal land. Villagers also scour the undergrowth for wild cassava leaves and caterpillar that provide nutrition during the dry season. And once the trees reach maturity – typically after seven years – they will be harvested to produce charcoal.

“One hectare of acacia forest contains 1,100 trees that can yield about 500 bags of charcoal,” said Muwo. If the 81 hectares of acacia continue to be well managed, protected from fires, and replenished, this production could provide significant incomes over time and contribute to reducing the pressure on natural forests by meeting energy demand in a more sustainable manner. They are a promising part of the “nature-based solutions” to slow climate change which are the focus of global attention at COP27 this week.

Deforestation and forest degradation are also taking a toll locally, calling for urgent national attention. Forest loss is visible in the daily outflow of wood carted off on backs and bicycles, from the receding forest near Inongo. It’s also tangible for hunters in Mombokonda, home to roughly 750 people who identify as Indigenous People, about 12 km north of Inongo, the capital of Mai-Ndombe province.

“In the past, we lived right next to dense forest. We would already have seen some game by now,” commented Jacques Bokolo, the secretary of the local development committee, as a small group of hunters and dogs made their way through forest regrowth, vines, and bushes to check on animal traps. “Animals have withdrawn to the marshy forest areas where people can’t farm and there is less fire and less noise.”

As a result, villagers have requested help with permanent structures to raise small livestock – ducks, goats, pigs, and bees – in a departure from their customary way of life. The structures, still unfinished, represent a realization that the forest can no longer meet all their needs.

“I grow corn, beans, cassava, eggplants, amaranth, squash…” said Nzako Ilanga, rattling off the list of crops she grows in the burned field in the forest near the same village. “I sell part of the crops to face expenses but it’s often not enough to buy things like soap and clothes. I also help family members when they have a problem,” says the mother of seven children, “so I often go without food.”

The fThe forest is no longer enough for Indigenous People caught between a degraded natural resource and a modern economy ruled by cash. But it continues to provide food and energy for millions of Congolese. “Forests are a resource of basic necessity for a majority of the poorest people in DRC,” says Pierre Guigon, Senior Environmental Specialist at the World Bank. “The PIREDD model provides a way for communities to improve their livelihoods and meet a greater share of their energy and food security needs through agroforestry in savanna areas. It’s an investment simultaneously in poverty reduction and greater resilience and sustainability.”

Seen from the productive and reforested savanna in Konkia, this experience promises better days for both people and trees.