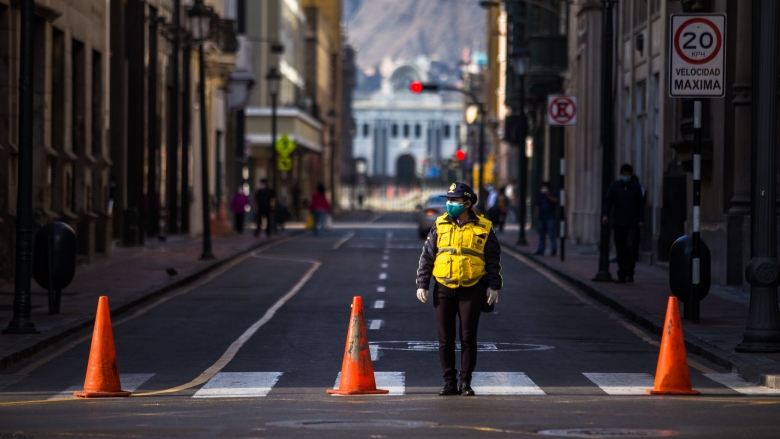 With a special focus on “good jobs transitions for post-pandemic development,” the fifth Jobs and Development Conference featured a wide range of latest research on jobs and development, including the differential impacts of COVID-19 on workers, migration and remittances, and gender gaps in the labor market.

The three-day virtual conference, held in early September, was hosted by the World Bank, IZA, the Network on Jobs and Development, and UNU-WIDER. It showcased over 50 papers from economists, policymakers, and development experts, spanning 22 countries, and attracted more than 1,600 online participants.

This year’s conference sent a strong message that - as the world emerges from the pandemic - policymakers will have to focus on creating better, more resilient jobs and managing jobs transitions in the context of global challenges, including climate change, gender inequality, and extreme poverty.

In his opening remarks, Gary Fields from IZA commented that “this annual conference has become one of the leading focal points for people working on jobs issues in the context of developing countries.”

Among the key moments of the conference are the two keynote addresses about how to create better jobs in developing countries and how the future of work is being shaped by technology, as newly emerging jobs offset the disappearance of old ones. A policymakers’ panel on migration from Latin America and the Caribbean and a special World Bank-ILO session on measuring women’s and men’s work were also important highlights of the conference.

In his keynote address, Dani Rodrik of the Harvard Kennedy School explained why the ‘traditional’ model of development – with informal agricultural workers moving into formal, organized manufacturing jobs – is no longer creating enough good-quality, productive jobs for low-skilled workers in many lower- and middle-income countries.

He argued that globally, technological innovation has lowered the cost of capital-intensive technologies. This, in turn, has undercut the potential competitiveness of labor-intensive manufacturing in low-income countries – especially in formal firms that compete in global markets. The result is “premature de-industrialization: workers transition from manufacturing to services jobs much sooner and at much lower levels of income, compared to early industrializers.”

Rodrik argued that developing countries will have to find more good jobs in other sectors, including services. As part of this process, they should link growth and jobs policies with social policy. This would create more good jobs, help expand the middle class and strengthen social protection and better jobs for the most vulnerable, low-skilled workers. He recommended prioritizing small and mid-sized firms, with policies aimed at promoting higher quality jobs in services, employer-linked training policies, job-creating business incentives, and policies to support appropriate technologies.

Shaping the Future of Work

David Autor of MIT in his keynote highlighted how technological advancement has changed the nature of work in the United States. Machines can substitute jobs – but at the same time, ‘new work’ arises from machinery that complements labor.

“The point isn’t that we’re running out of work….. machines have an expanding competitive advantage – but new technologies can also augment human labor,” Autor said.

Autor emphasized that the scale of change is huge: 60 percent of 2018 job titles in the U.S. did not yet exist in 1940. But technical change is only part of the story – global changes in demand also drive the emergence of new tasks. He concluded that the impact of technologies is sometimes overestimated in the short run but may be underestimated in the long run. The impacts unfold gradually and the way  they play out also depends on large-scale infrastructure and regulatory changes. Managing the interaction between economic growth and labor markets will be critical to improving economic mobility and reducing inequality.

The ILO-World Bank Special Session on Measuring Women’s and Men’s Work featured findings from the latest ILO Labor Force Pilot Studies, including evidence from Sub-Saharan Africa on redefining employment, as well as findings from a joint ILO-World Bank study in Sri Lanka.

The Policymakers’ Panel on Migration in Latin America and the Caribbean, chaired by Michal Rutkowski, the World Bank’s Global Director for Social Protection and Jobs, discussed how low-quality jobs, insecurity, natural disasters and climate change influence migration in the region, and how the pandemic has exacerbated migratory pressures.

Panelists affirmed the importance of migration in promoting development, and reiterated the role of institutions, infrastructure, reliable data, and host country support in protecting migrant workers and livelihoods in both host and native countries.

Dilip Ratha, head of KNOMAD at the World Bank, underlined that migrant remittances are a financial lifeline to developing countries, exceeding inflows from foreign direct investment and development aid. He emphasized the need to promote safe and regular migration, while harnessing its benefits for all countries.