How to Age Well in Latin America 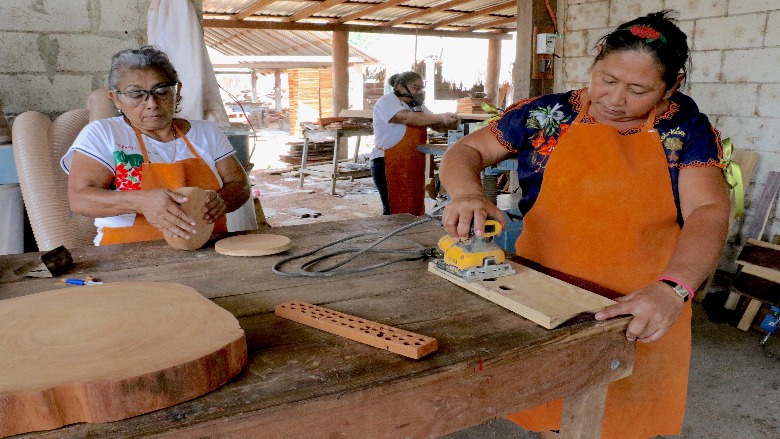 Latin America is an aging region. By 2050, the number of people over 65 is expected to double, and there will be fewer people of working age, due to a slow but steady increase in life expectancy and falling fertility rates.

A recent World Bank study reveals that this transition is not homogeneous for all countries, as both the magnitude and speed of such processes differ. However, the change in age structure would lead to an average increase in social spending from 12.8% of the Growth Domestic Product (GDP) in 2015 to 19% in 2045 to cover expenses generated by a population with greater healthcare and pensions needs.

In this interview, Ignacio Apella, economist, and social protection expert at the World Bank, explains what the demographic dividend represents for Latin America and how governments can fully capitalize on it.

Question: What is the demographic dividend, what is its outlook in Latin America and why is it so relevant today?

Apella: The demographic dividend is the period in which the percentage of working-age people reaches its maximum levels in relation to the total population.  In other words, given the demographic structure of Latin American and Caribbean countries and their heterogeneities, today, most of their population is of working age. Therefore, we call it a “dividend” because it is a very favorable period as a larger quantity of active individuals promotes the economic growth of their countries.

It is essential to harness this booming period today to save more and finance larger investments. This will increase the level of workers’ physical and human capital and enable productivity growth. Why? Because in a few decades, depending on each country, this dividend will come to an end, the aging stage will begin, the number of workers will decrease, and, therefore, the capacity for economic growth. So, if countries will have a smaller labor force, the only way to continue growing is to increase productivity.

Q: Population aging poses challenges to the region, what should we bear in mind to face them?

Apella: First, population aging is not a bad thing, quite the contrary. People live longer, and families have better family planning. The problem is that current institutions are not designed for this demographic context. By institutions, I am referring to the health systems and to the caregiving systems that are practically non-existent in the region; of course, I am also talking about the pension system, the labor market, and the education system.

The challenge posed by population aging, where a larger segment of the population is composed by older adults that also live longer—which, I repeat, is a good thing--, is that it requires more social services such as caregiving services, healthcare and pensions. This implies that societies will have to spend more money to finance them.

Q: If there is a growing demand for public health, caregiving, and social protection services as the age of the population increases, where will resources to cover more significant expenses come from?

Apella: In general, I usually see that people´s first reaction when we talk about aging is to ask the typical question of “how can we sustain pensions?” to mention one example. My usual answer is to start thinking today about strategies to contain the higher level of future expenditure, especially when we know that at 65, people today are in much better health than they used to be twenty years ago. They will be even better in the future. A second equally relevant dimension is to start discussing how to increase resources that will enable the financing of higher spending.  And this brings us back to the first question you raised. We need to seize the opportunity of the demographic dividend, saving and investing more and thus increasing the global productivity of the economy, which will contribute to economic growth. If we do not take advantage of this period, countries in the region will face a much higher risk of reaching a balance that I call the “low- and middle-income trap”; that is, no economic growth.

Q: What lessons should Latin America draw from countries in other regions that have already transitioned this demographic change successfully?

Apella: We should follow the example of the so-called Asian Tigers: South Korea, Taiwan, Hong Kong, and Singapore, and, of course, the European countries as well. The Asian Tigers, for example, have had saving rates that were significantly high during their demographic dividend; this allowed them to finance capital and knowledge investments that, together with long-term production planning, enabled them to enjoy sustained economic growth today, even though they have entered the aging stage. But, of course, the starting points regarding institutions, social contract, and history are different. For example, these countries have less generous pension systems and spend less on social security than Latin American countries. In addition, they allocate more resources to children and youth through higher spending in the education system. This difference, to mention one, conditions the possibility to replicate their experience; nevertheless, this does not mean that we should exclude them as an achievable goal.