Saving Lives and Livelihoods through Flood Protection in Cameroon 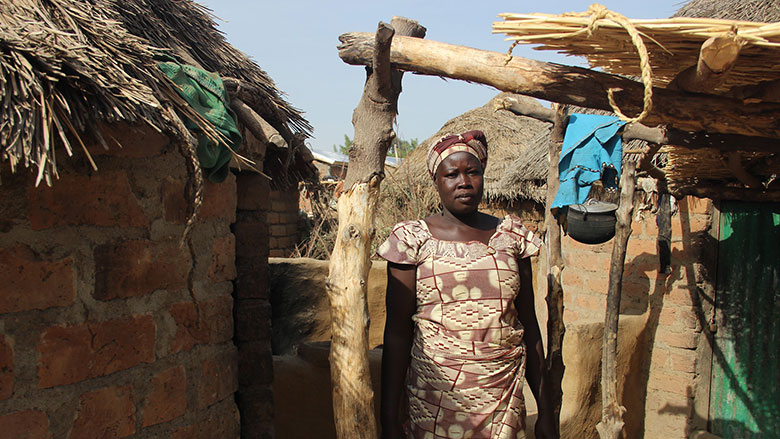 For Suzanne—a rice farmer in the Far North region of Cameroon—the Logone river was a source of both livelihood and dread. The river that nurtured her rice crop would periodically flood during the rainy season, threatening her house and livestock.

But thanks to the IDA-supported Flood Emergency Project, Suzanne and most of her neighbors have been resettled into upgraded houses.

“We can now sleep in peace and are not afraid of the heavy rains anymore. My family is safe, my herd is safe, and my rice field is secure now,” says Suzanne.

The project, which was implemented from 2014 to 2020, focused on protecting local communities by upgrading a 70km flood embankment along the Logone River and 27km of the Maga dam. Irrigation bulk-water infrastructure was also upgraded, including intakes, main canals and secondary canals. This helped ensure reliable and adequate bulk-water supply for irrigation.

The work was carried out in an area in which over 150,000 people live, following resettlement action plans. Traditional and religious leaders participated in the supervision of the project, helping to build ownership by local communities. An effective grievance redress mechanism was put in place to address concerns efficiently.

Overall, more than 100,000 people have directly benefited from the project, including rice farmers and resettled families. Jobs generated by the project brought new employment opportunities, and families now have access to water supplies thanks to the construction of water boreholes. The project also helped create and consolidate eight water-user associations, which now have offices and equipment to maintain tertiary canals. A contingency plan against future floods was successfully tested during floods in 2019.