Empowering Girls and Women in Côte d'Ivoire and Across the Sahel 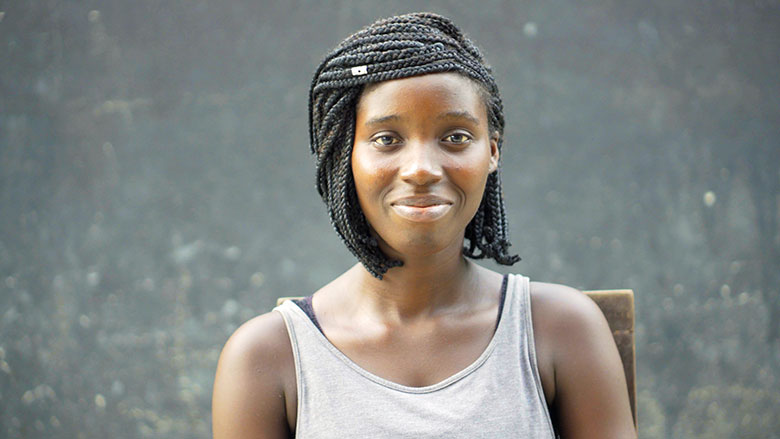 “One day, I will be a professional pastry chef, I will have my own pastry store." Alice Adja, Côte d'Ivoire.

For many girls coming of age in parts of Africa’s Sahel region, their aspirations, hopes, and dreams are more often than not swept away as they transition from helping out with chores in their household, to running their own. They may have to drop out of school, marry soon after reaching puberty, and become young mothers—a vicious cycle that diminishes their economic potential and impacts their health.

Investing in girls’ education and keeping girls in school are critical first steps in building a country’s human capital and opening up opportunities for women in the Sahel. The IDA-supported Sahel Women’s Empowerment and Demographic Dividend project (SWEDD) aims to empower women and adolescent girls and increase their access to quality education and reproductive, child, and maternal health services.

In partnership with the United Nations Population Fund (UNFPA), the project mobilizes all of society to harness the tremendous economic potential of women, from religious leaders, legislators, and health workers to mothers and husbands. Women’s empowerment is not only beneficial for girls; it benefits their families, the community as a whole, and a country’s economy.

Alice Adja dropped out of school when she was 8 years old. Her parents could not afford to pay for her education. At age 11, they sent her to live with an aunt in Abidjan, Côte d'Ivoire, where she had a string of odd jobs. Alice is now 23 and works as a housemaid for an Abidjan family.

For Alice, and thousands of young women, SWEDD is making a difference in their lives. Alice now has a new outlook on life. She wants to run her own business. Be her own boss. “One day, I will be a professional pastry chef,” said Alice. “I will have my own pastry store.”

In Niger, where just 1 in 10 girls completes secondary education, SWEDD has changed the trajectory of Innayatou Souradji’s life. “My mother and grandmother never went to school because they got married too early,” Innayatou said. “I am fortunate to have received a scholarship to pursue my studies.”

Like Alice and Innayatou, more than 100,000 other girls from poor families are receiving support from the project in the form of school kits, scholarships, housing, and academic support.

Empowering women and girls in the Sahel begins with changing society’s unwritten rules governing behavior. In Burkina Faso, SWEDD is running “husband schools” to transform the habits and biases of married men. Securing the buy-in of religious and community leaders is also critical to end discrimination, violence against women, and the high incidence of early marriages. The project uses a radio show to share messages on the benefits of girls’ empowerment. These awareness campaigns have reached more than 4 million people, raisings issues related to reproductive, maternal, and child health, as well as violence against women.

After hearing them, Lemeima mint El Hadrami, a mother in Mauritania, refused to allow her daughter to be married at an early age. “I was really moved by the messages on the radio,” she said. “I do not want my daughter to experience the same difficulties that I did. I would like her to go as far as possible in her studies, to have a good job—a job that will allow her to enjoy a decent standard of living. She could become a minister, a doctor, or a midwife.”

SWEDD is helping tackle a major human capital challenge facing the Sahel. By investing in women and ensuring that they have access to health services and education, the project will impact the entire region over the long term—reducing infant mortality and chronic malnutrition rates, boosting productivity and household incomes, and accelerating the demographic transition.