Coming Together to Help African Girls Create a Brighter Future

In Chad and other countries where it is working, the SWEDD has already provided professional training to almost 100,000 women so they can pursue income-generating activities. Photo: © Vincent Tremeau/The World Bank

Alice Adja dropped out of school when she was 8 years old. Her parents could not afford to pay for her education and take care of her and her six siblings. At age 11, they sent her to live with an aunt in Abidjan, Côte d'Ivoire, where she had a string of odd jobs. Alice is now 21 and works as a housemaid for an Abidjan family. But she has other ideas for her future. She wants to run her own business. Be her own boss. “One day, I will be a professional pastry chef,” said Alice. “I will have my own pastry store.”

Their aspirations, hopes, and dreams are more often than not swept away as they move from helping out with chores in their household to running their own. They often have to drop out of school, marry soon after reaching puberty, and become young mothers -- a vicious cycle that diminishes their economic potential and impacts their health. 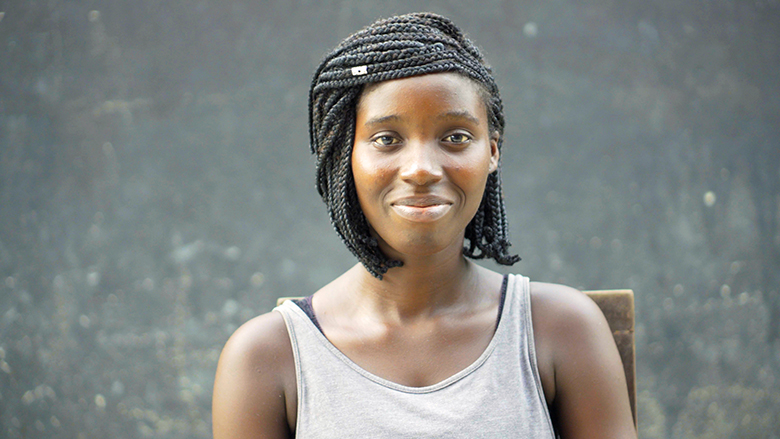 “One day, I will be a professional pastry chef, I will have my own pastry store." Alice Adja, Côte d'Ivoire. Photo: © Sarah Farhat/World Bank

Alice Adja is among thousands of young women who have a new outlook on life thanks to the Sahel Women’s Empowerment and Demographic Dividend project (SWEDD). The project is financed by the World Bank and implemented by the governments of Benin, Burkina Faso, Chad, Côte d’Ivoire, Mali, Mauritania and Niger. It aims to empower women and adolescent girls and increase their access to quality education and reproductive, child and maternal health services.

The SWEDD is being implemented with technical support from the United Nations Population Fund (UNFPA) through $295 million in financing from the International Development Association (IDA), the part of the World Bank that helps the world’s poorest countries.

The project mobilizes all of society to harness the tremendous economic potential of women, from religious leaders, legislators and health workers to mothers and husbands. “By helping girls develop income-generating activities or apply for jobs, we enable them to stand on their own feet,” said Sy Savanneh Syrah, who manages the gender component of the SWEDD project for the government of Côte d’Ivoire. “Women’s empowerment is not only beneficial for girls; it benefits their families, the community as a whole, and our country’s economy.”

It starts with keeping girls in school

In Niger, for example, just one in 10 girls completes secondary education. Girls from poor families drop out of school because of a lack of resources and the need to take care of their children, as they are often married and mothers at a very young age. SWEDD is making a difference in the lives of many of these girls, including 15-year-old Innayatou Souradji, who lives in Kiota, a village located some 100 kilometers from the capital city of Niamey. “My mother and grandmother never went to school because they got married too early,” she said. “I am fortunate to have received a scholarship to pursue my studies.”

Like Innayatou, more than 100,000 other girls from poor families are receiving support from the project in the form of school kit, scholarships, housing and academic support. “Learning to write is not easy,” Innayatou said. “But I will get there.”

"My mother and grandmother never went to school because they got married too early. I am fortunate to have received a scholarship to pursue my studies." 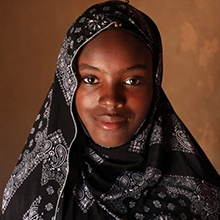 Securing the buy-in of religious and community leaders is critical to ending discrimination, violence against women, and the high incidence of early marriages.

“Early marriage is a complex issue and we have addressed it in a manner that respects Islam,” said Imam Telmidy, a religious leader in Selibabi, Mauritania. “Islam protects the dignity of men and women. Our interpretation of the age of marriage for girls is wrong.” Telmidy is one of 200 religious and community leaders who are conducting outreach activities across the country with project support, to show that early marriages and unspaced pregnancies are not Muslim practices.

he said, stressing that many adolescent girls in their communities have died for that reason. 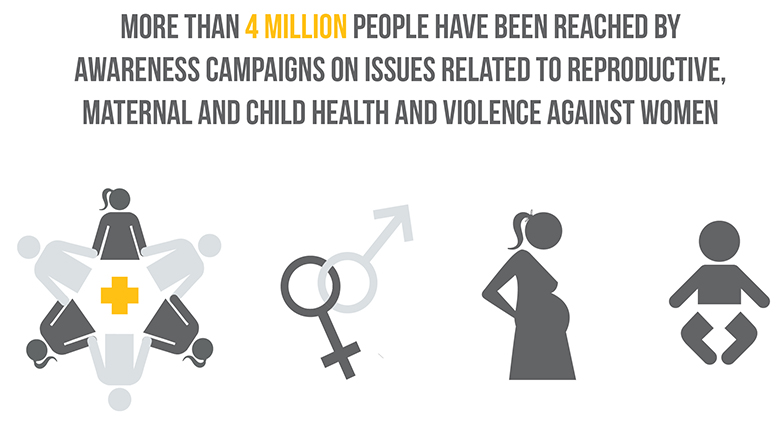 Infographic: SWEDD: Investing in Girls’ Emopowerment Allows Them to Contribute to the Development of Their Country

The project also uses a radio show to share messages on the benefits of girls’ empowerment. After hearing them, Lemeima mint El Hadrami refused to allow her daughter to be married at an early age. “I was really moved by the messages on the radio,” she said. “I do not want my daughter to experience the same difficulties that I did. I would like her to go as far as possible in her studies, to have a good job -- a job that will allow her to enjoy a decent standard of living. She could become a minister, a doctor or a midwife.”

Tilmidy and his counterparts want to be agents of change. “We discuss and share our knowledge of Islam and our experience by going door to door or during Friday prayers and people are starting to understand and respond.” 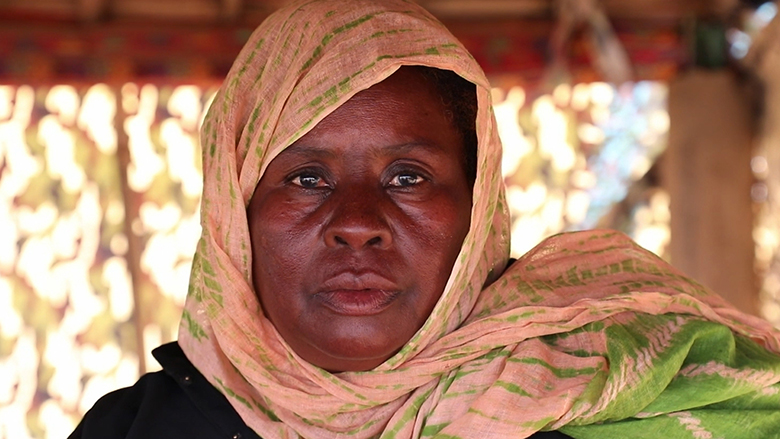 “I refused to have my daughter get married young for a simple, good reason: I don’t want her to go through the same difficulties that I did when I was young.” Lemeima mint El Hadrami, Mauritania. Photo: Vincent Tremeau/World Bank

SWEDD is also supporting a one-of-a kind “school” – welcome to the Husbands and Future Husbands School in Mamboué, a village in western Burkina Faso. Waimbabie, a married father, regularly attends the discussion workshops where he along with 15 other men and two project facilitators discuss a variety of topics related to family planning and household life. “Ever since he started going to the Husbands School, our relationship has improved significantly," said his wife, Martine. The spark, she added, has been rekindled. He now fetches water and wood and helps around the house, and for the first time ever, he wanted to be present for the birth of their last child.

Today, more than 1,640 Husband Schools have already been established in all SWEDD countries.

Allowing women to plan their pregnancies

Maternal and neonatal mortality rates in the Sahel are among the highest in the world. This is often due to the fact that pregnant women, especially in rural areas, lack access to adequate health services to give birth. Fatoumata Diallo has witnessed these challenges in her home village of Sebougou in Mali. While driving on a highway, she once picked up a pregnant woman walking home from a prenatal checkup more than 10 kilometers away, a very long distance for any pregnant women to walk. When Fatoumata heard about the midwife training offered by SWEDD, she didn't hesitate to apply. After completing the training, she decided to open her own private practice, with the help of the project, and is now able to save lives.

According to SWEDD Project data on Mali, in 2016 there were 2,657 midwives and obstetric nurses in the entire country, a ratio of 1.4 midwives for every 10,000 inhabitants. That ratio falls well below the World Health Organization (WHO) recommended standard of 23 health workers per 10,000 inhabitants. In a country where 38% of women have their first child by the age of 18, this not only poses a risk for young mothers, but also for their children. The mortality rate among newborns of adolescent girls is 50% higher than for adult women.

So far, the SWEDD has helped train over 6,600 midwives across the implementing countries. 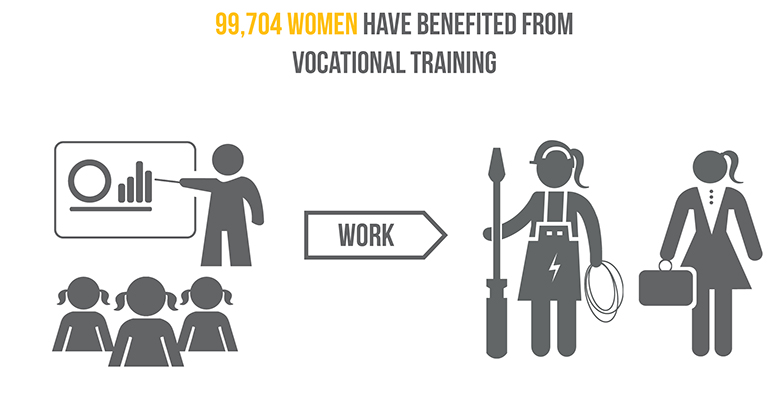 “People here have been very happy since I opened my practice in 2016,” said Fatoumata. “In addition to basic care, we provide prenatal and postnatal care and we deliver babies, which has helped reduce the maternal and infant mortality rate in our community.”

The first woman to give birth at her clinic was so happy that she named her daughter after Fatoumata. 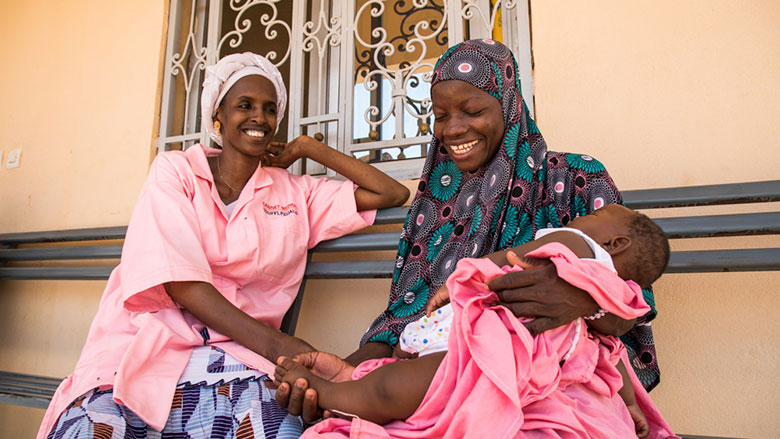 "The first woman to give birth here was so happy she named her daughter after me." Fatoumata Diallo, Mali. Photo: © Vincent Tremeau/World Bank

One of the priorities of the SWEDD empowerment strategy is to offer vocational training to women to help them earn a living and increase their household income. “When we were offered a chance to learn how to be electricians, we were afraid. At first, we thought that electricity, with all those wires, was not for us,” said Adouia Brema.

As she spoke, she slowly and carefully connected the last electrical wires of the solar panel that she was installing for a customer in her village of Am-Timam in Chad. Along with several other women in the village who have trained to be electricians, the mother of eight was not intimidated and has even discovered a passion for solar energy, which provides low-cost lighting in homes. The women’s small business is thriving and now Adouia is training other women in the village. “It is important for women to work and earn money so that they can meet their own needs and help cover household expenses,” she said, adding that a husband’s income is not enough. As of today, almost 100,000 women and girls have already received training in all the countries where the project is being implemented.

The project also created safe spaces to give out-of-school adolescents a second chance. Every week, some 102,600 girls acquire basic knowledge and meet with a mentor, often women who are very active in the community. They discuss issues that are not often talked about at home like reproductive health and gender roles. Through these safe spaces, the girls also acquire the confidence needed to take their destiny into their own hands.

“The girls were embarrassed at first,” recalled Koné Awa, a mentor in one of the safe spaces in Abidjan. “But now it is quite interesting to watch the impact of the training, especially the workshop on self-esteem.” This is where Alice Adja gained the confidence to think big and develop her dream of becoming a pastry chef. In the meantime, she sells sweets to her classmates. An inspiration that has been cultivated by this mentorship and is helping her cover her school transportation expenses.

The Sahel and beyond: Investing in people

“The project’s impact will ripple across the entire society over the long term, reducing infant mortality and chronic malnutrition rates, boosting productivity and household incomes, and accelerating the demographic transition For these reasons, we see the project as an indispensable poverty reduction tool and a priority for the World Bank.”

Blog: In Mali, women no longer need to leave births up to God accouchement

Video: Why Invest in African Women and Girls?