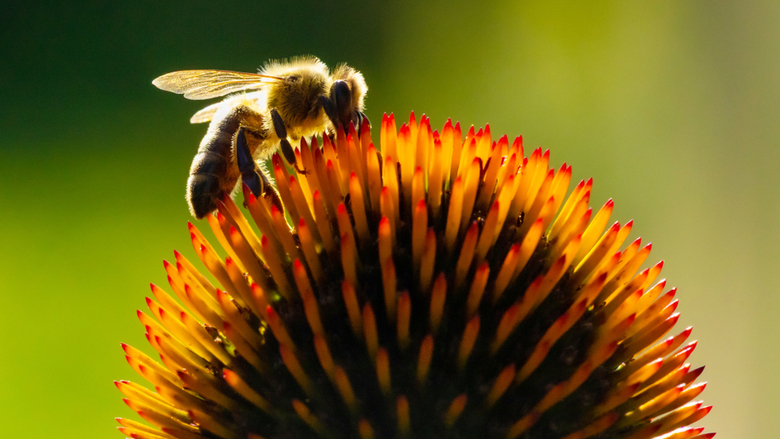 Biodiversity and ecosystem services are in unprecedented decline and, like with climate change, the associated risks are material to economies. Already, 14 of the 18 assessed ecosystem services have declined since 1970. This means smaller fish catches, fewer wild pollinators, a reduced ability of nature to control pathogens, protect communities from extreme weather, and sequester carbon.

Against this backdrop, nearly 200 countries are expected to adopt a new set of post-2020 global targets, to  conserve, sustainably use and share the benefits of biodiversity at a landmark Conference of the Parties of the Convention on Biological Diversity in the coming months. In a bid to inform these discussions and inform policy decisions in client countries, the World Bank’s new report The Economic Case for Nature, makes a powerful case that economic development and the state of biodiversity and ecosystem services are closely linked.

Using an innovative global Earth-economy model, the report shows the interaction between economic activity and the provision of select ecosystem services, estimating the extent of damage to the economy. It also delves into a range of policy options that could help to reverse the loss of biodiversity.

Myth 1: Developing countries can grow now and take care of the environment later

One key takeaway is that not acting now is not an option. Conventional economic models do not account for the decline in ecosystem services but when the loss of ecosystem services is included in the models, projections of growth in global GDP drop. If no action is taken, 46 million hectares of natural land may be converted by 2030. There are implications for agricultural yields, the fisheries sector, the output of industries dependent on timber and carbon sequestration, leading to a net economic cost in 2030 of up to $225 billion.

The damage is worse when nature’s `collapse’ scenarios are studied. Continued degradation can push an ecosystem to a “tipping point” beyond which it will shift to a new state or collapse, causing cataclysmic change.  Even a partial collapse would cost 2.3 percent of global GDP (-$2.7 trillion) in 2030 and some of the poorest countries would be hit hardest. Relative impacts are most pronounced in low-income and lower middle-income countries, where drops in 2030 GDP may be 10 percent. These are conservative estimates, as only a limited number of ecosystem services has been considered.

Myth 2: Policies that make environmental sense are not good for the economy

The analysis presented in The Economic Case for Nature offers clear evidence that carefully crafted and coordinated policies are a “win-win” in terms of biodiversity and economic outcomes. Policies considered in the report – subsidy reform, expansion of domestic and global forest-carbon payment schemes, and investment in agricultural research and development (R&D) – could reduce conversion of natural land and result in a general increase in global real GDP in 2030, of up to $50-150 billion, compared to business-as-usual.

These ‘win-win’ policy pathways can stabilize the drivers of the loss of biodiversity and ecosystem services in the coming decade and allow for the recovery of natural ecosystems in the longer term. These policies make economic and environmental sense, and this analysis demonstrates that the best outcomes are achieved if a combination of policies is implemented.

Myth 3: Preventing biodiversity loss is the sole task of the environment ministry

The draft of the post-2020 global biodiversity framework stresses that a whole-of-government and whole-of-society approach is necessary to implement the systematic changes that are needed over the next 10 years. This report provides further evidence that the answers actually lie in fiscal and macroeconomic policies, markets for environmental services mechanisms, and sector policies, including in agriculture. A whole-of-economy approach is not only more effective, since the drivers of biodiversity loss are to be found in economic activity, but it also pays off, as there are efficiency and productivity increases that nature-smart policies can bring about.

According to OECD estimates, governments spend at least $500 billion annually on fiscal support to agricultural producers, forestry and fisheries, and fossil fuels that are potentially harmful to biodiversity. Hence reforming subsidies in sectors that depend on ecosystem services and delinking them from how much farmers produce can improve efficiency in the management of natural capital.

Another priority area could be maximizing synergies between the biodiversity and climate agendas - leveraging climate change payments like the global carbon funds that pay farmers for maintaining or restoring natural tree covers that sequesters carbon. Such alignment of policies could reverse biodiversity loss while providing climate benefits for the community.

The recently published report Mobilizing Private Finance for Nature also stresses the importance of appropriate measurement and disclosure of risks posed by loss of ecosystem services to economic sectors, and to investors. As the recent report of the Central Bank of the Netherlands highlights, as with climate change, the systemic nature of biodiversity risk merits its inclusion in the financial stability monitoring carried out by central banks and supervisors.

Myth 4: The proposed global goal to protect 30 percent land and oceans by 2030 (30x30) is expensive and will not work for several countries

The model shows that the 30x30 goal is within reach at a moderate economic cost. Achieving the terrestrial 30x30 goal results in a 0.1 percent decline of global GDP in 2030, compared to business-as-usual. The global loss is even smaller, that is, 0.01 percent when GDP is adjusted for the climate change mitigation benefits of extra conservation of natural areas. From the global perspective, the economic loss caused by restrictions to land use is almost entirely offset by economic gains resulting from improved provisions of ecosystem services. 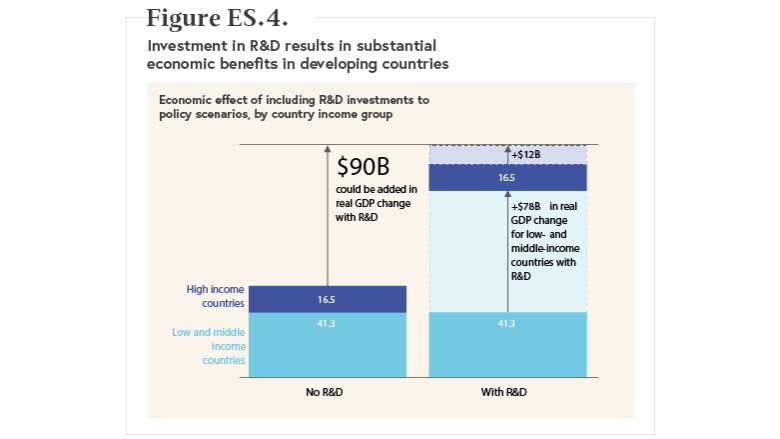 Research and Development in agriculture may hold the key to biodiversity

Land use change is driven in some countries by low agricultural productivity. If access to agricultural inputs like fertilizers or hybrid seeds is difficult or too expensive, expanding the areas of production is likely the best path to increase output. This trend is more commonly seen where forested land is abundant.

This report shows that when investment in agricultural Research and Development (R&D) is included in the globally coordinated package of policy responses, particularly in combination with other policies, it substantially improves biodiversity outcomes, while proving to be economically beneficial, particularly in developing countries.