Haiti: Towards the Elimination of Cholera 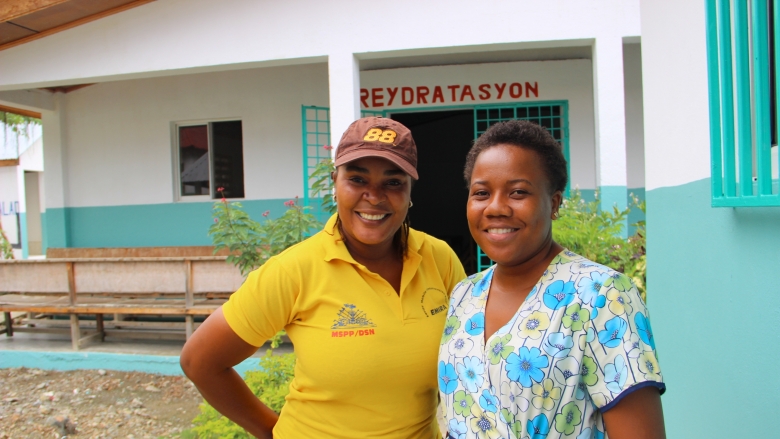 When Dr. Edwidge Michel joined the Ministry of Public Health and Population in 2012, hundreds of people with symptoms of cholera were arriving in the various treatment centers around the country. Today, while he is not yet proclaiming victory, Dr. Michel is delighted that efforts to contain the disease have thus far been successful. .

Cholera broke out in Haiti in October 2010, following the tremendous earthquake that struck the country on January 12 of that year, killing 250,000, injuring 300,000, and leaving 1.3 million people homeless. In 2011, Haiti recorded the greatest peak of the cholera outbreak, with around 352,000 people exhibiting symptoms. According to data from the Ministry of Public Health and Population, between October 2010 to December 2018, 819,000 people showed signs of the disease and 9,700 died, making Haiti one of the countries most severely impacted by cholera.

Mobile support for treatment and prevention

The Ministry of Public Health and Population (MSPP), with technical and financial support from partners including the World Bank, developed several initiatives to contain the cholera outbreak. In 2011, the US$15 million Projet de Réponse d'Urgence au Choléra was initiated, aimed at improving health and hygiene practices to reduce the spread of cholera and strengthen the institutions that respond to epidemics. With the support of the subsequent Improving Maternal and Child Health through Integrated Social Services Project (PASMISSI), launched in 2013, and partners such as UNICEF, the MSPP was able to set up Mobile Rapid Response Teams (Emira) in Haiti’s ten geographical departments to attempt to contain and eliminate the disease. This was one of the key elements of the government’s National Plan for the Elimination of Cholera.

Beginning in March 2014, each time a new suspected case was identified, a mobile team supported by the World Bank or other health partners visited the patient’s household and their neighbors to contain any potential outbreak within 48 hours. These mobile teams provided a targeted response and prevented further community spread. They organized community outreach on hygiene promotion and cholera control methods, including distribution of soap and oral rehydration salts, while also working with authorities to improve the water quality. Finally, they sprayed the homes and latrines of cholera patients with chlorine to sanitize them and stop the spread.

"These interventions are all the more important in the most vulnerable communities because the access to water and sanitation conditions are the most precarious there, which further exposes the population," explains Dr. Michel. “The strategy of having mobile teams increased the proximity between the population and the health authorities. We better understood the living conditions of the affected populations. On site, we helped people identify potential sources of contamination, sensitized them to risk factors, and filled in staffing gaps in institutions or in treatment points.”

"Today, the country is better equipped to deal with any possible reintroduction of cholera and has better knowledge and infrastructure to minimize the impact of diseases linked to water and poor hygiene conditions."
Dr. Edwige Michel
Research Coordinator 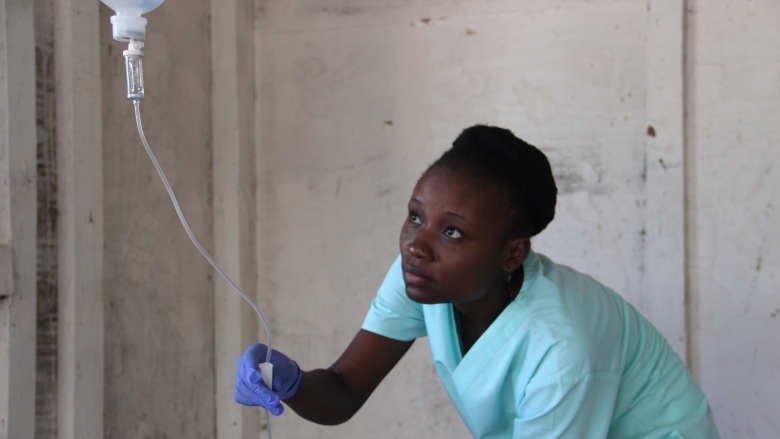 Towards the definitive elimination of cholera in Haiti

The mobile health teams were key in the interruption of cholera infections, and reduction of related diseases with similar symptoms. Since February 2019, Haiti has not recorded any new laboratory-confirmed cases of cholera. Continued vigilance against further outbreak is necessary, and key health agencies are continuing extensive research to determine whether Vibrio cholerae strain is no longer present on the ground in Haiti.

Through the US$70 million World Bank-financed Strengthening Primary Health Care and Surveillance Project launched in 2019,  the Haitian Government is strengthening the surveillance and control for infectious diseases, including cholera, and strengthens the achievements generated by the PASMISSI project. The project is helping maintain MSPP’s effective nationwide surveillance and response capacity in the fight against cholera, while integrating these tools into their systems to combat other diseases. Haiti’s experience in controlling cholera helped the health authorities mobilize in response to COVID-19.

“Since 2018, the Direction d'Epidémiologie, de Laboratoires, de Recherche (DELR) has undertaken laboratory surveillance of asymptomatic patients in the southern part of the country, where we have not recorded any official cases since 2017. We continue to conduct passive surveillance, which consists of collecting the first five cases of acute diarrhea in people over five years old who do not meet the cholera case definition to conduct testing. This also adds to the strengthening of regional and peripheral laboratories," he explains, while specifying that so far, all the results have come back negative.

In addition to support for evidence-based interventions for the prevention and treatment of the disease, the World Bank and other Haitian government partners have developed programs to promote sustainable access to water and better sanitation conditions in various regions of the country, especially in areas most affected by cholera, through the construction, rehabilitation and extension of drinking water supply systems and sanitation blocks. "Today, the country is better equipped to deal with any possible reintroduction of cholera and has better knowledge and infrastructure to minimize the impact of diseases linked to water and poor hygiene conditions," concludes Dr. Michel.