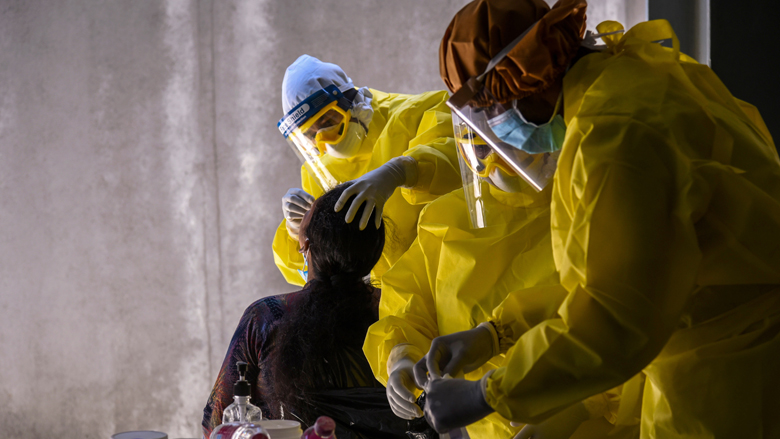 Sri Lanka's wide network of public health workers has been the backbone of the country's COVID response.

Ground Experiences from around the Island

Sri Lanka’s extensive network of public healthcare workers has been the underlying force behind the country’s pandemic response. This series of articles, beginning with the Puttalam District, aims to capture the ground realities of pandemic management, from the perspectives of public health workers around the country.

The Pandemic in Puttalam

Having worked as an epidemiologist in Puttalam since 2007, Dr. Dabrera knew the district well. She knew its people, its geography, its unique customs, and most importantly it’s public healthcare network. “Puttalam has had a somewhat different experience with the pandemic, due to certain unique risk factors in this region,” says Dr. Dabrera, adding, “to cope, our strategy had to be a little different as well.”

Puttalam began its pandemic response in January 2020, before the COVID 19 panic had reached the rest of the country, and before the WHO had declared a global pandemic.  On January 15th a group of Chinese engineers returned to work in Puttalam after spending the New Year in China.

At the time, Sri Lanka had not introduced large scale prevention measures, and quarantine and testing facilities had not yet been established. Though they showed no symptoms, district health officials decided to take extra precautions by quarantining the returnees, and by introducing small scale management and prevention measures in the area. Hospitals were equipped with essential provisions, and staff were educated on how to identify COVID-19 symptoms.

By February, a second risk factor was identified. The town of Wennappuwa, commonly known as ‘little Italy’ is home to the highest number of Sri Lankans employed in Italy, and as the pandemic reached its peak in Italy many Sri Lankans started returning home to Puttalam.

In the months of February and March around 2,500 – 3,000 people returned to Puttalam from Italy, and many had COVID-19 symptoms. Though foreign returnees were required to self-quarantine at home, the seriousness of the situation had not yet been understood and enforcing quarantine was a struggle.

The situation was exacerbated by the annual Thalawila Church feast which generally attracts a crowd of around 200,000. “We are talking of a population of around 100,000 in a 10 – 20 acre area. The Quarantine Act had not yet been gazetted and it was very difficult for us to enforce quarantine during this period,” explains Dr. Dabrera.

Puttalam, at the time, had no dedicated isolation facility and authorities realized early on that the high case load in the district would overwhelm the hospital capacity. Recognizing the need for a separate isolation facility, district authorities identified a 540-acre unutilized property situated in a very isolated area. The property acquired under the Quarantine Ordinance in March was converted into the Iranawila Hospital within 20 days.

On the March 14th the first positive COVID 19 case was reported from within the district. Contact tracing efforts began immediately after and on March 18th curfew was officially declared in the area.

In Puttalam, like in many other areas of the country, local communities supported authorities in whatever way they could. “When we didn’t have enough PPEs, people got together, sourced the materials and stitched masks at home. Religious leaders at temples, convents, mosques, kovils, all made masks,” says Dr. Dabrera.

By end March, the district was fully self-sufficient in PPEs, she adds, and measures were taken to provide essential supplies to vulnerable households. “ from the Regional Director of Health Services, Dr. Dinusha Fernando, Regional Epidemiologist Dr. Udani Adikary and the District Secretary, Mr. Chandrasiri Bandara. Advocacy, good leadership, and firm and timely decision making have been instrumental in this process,” says Dr. Dabrera.

"Puttalam has had a somewhat different experience with the pandemic, due to certain unique risk factors in this region. To cope, our strategy had to be a little different as well."
Dr. Thushani Dabrera
Consultant Community Physician 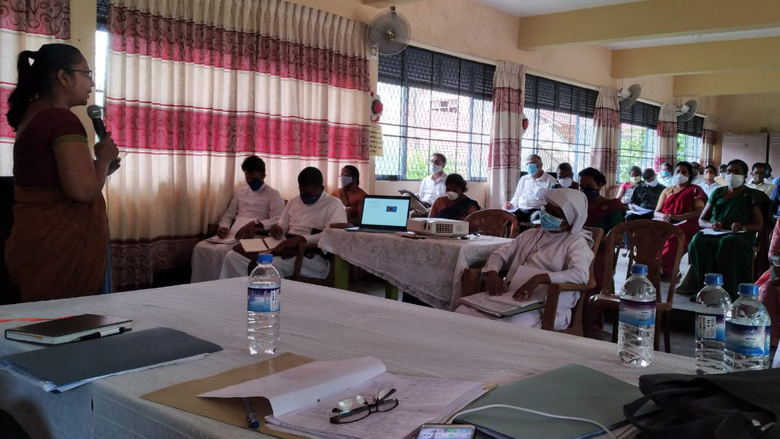 Since October, Puttalam has been hit hard by the second wave of infection surrounding the Minuwangoda garment factory cluster and the Peliyagoda fish market cluster in the neighboring Gampaha District. People move frequently between the two districts since many garment factory workers commute to work from Puttalam, and fishermen in the area have close contacts with the Peliyagoda fish market. Though contact tracing helped control the spread to some extent several areas in the district had to be isolated.

Managing the second wave has been a challenge, and Dr. Dabrera now sees some bottlenecks in the strategy. “Laboratories are overburdened, and there is no system to prioritize tests,” she says explaining that the time and effort spent on coordinating the testing process is exacerbated by the lack of a dedicated laboratory for PCR testing in the North Western Province.

In light of the second wave, Dr. Dabrera sees the need for review and reassessment. “,” she says.

Systemic issues aside, the course of the pandemic will also be determined by public behavior.

The World Bank funded COVID–19 Emergency Response and Health Systems Preparedness Project is supporting Sri Lanka’s Test, Trace, Treat strategy.  In addition to contributing to the country’s supply of essential medical items, testing kits and PPEs, the project is supporting contact tracing efforts and maintaining 32 quarantine centers around the country. In terms of pandemic preparedness, the project is working towards strengthening the country’s emergency response capacity. Activities are focused on strengthening the National Emergency Operations Unit and its island wide network, strengthening the national epidemiological diseases surveillance system, developing selected hospitals as pandemic response centers, and strengthening the local laboratory network. The project is also addressing some of the social consequences of the pandemic by providing financial assistance to vulnerable populations, by strengthening mental health services and by providing services to victims of gender-based violence.