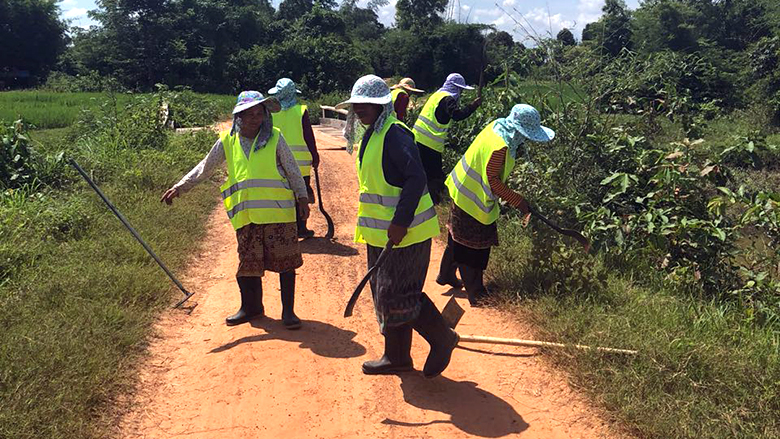 Despite more than halving poverty between 1993 and 2019, the Lao PDR still shows wide inequalities. The poverty rate stands at 24% in rural areas, compared to 7% in urban areas. Moreover, poverty in Laos has a clear gender dimension which has become wider in recent years, with the opportunities and wages available to women decreasing against those for men.

To narrow the Lao PDR’s gender gap and ensure that women can participate in income-generating initiatives, the World Bank-financed Poverty Reduction Fund (PRF) introduced a Road Maintenance Groups (RMG) program in 2017. To achieve twin goals of connecting women to paid jobs and improving rural roads, the program recruited female participants in 85 villages across seven provinces, training the women in maintenance work that does not require heavy machinery.

The RMG offered work to women from the poorest households in target areas. These households were identified based on PRF poverty rankings, updated by village heads. During subsequent evaluation, most surveyed women expressed satisfaction with the accuracy and fairness of this system, regardless of whether or not they were given jobs by the project.

More women wanted to join the program than was possible, so beneficiaries were selected through a lottery. The lottery gave all eligible and interested women equal chance to participate, and also provided a “treatment and control group” that would later help the project team conduct rigorous impact evaluations.

Following a 2017 pilot project in two districts, one in northern Laos and one in the south, activities were scaled up to a training phase and then full capacity in eight provinces from June 2018 to December 2019. Small groups of 3-10 women worked on routine maintenance of roads: clearing drains, culverts and bridges; removing excess vegetation, obstacles and landslides; and repairing potholes, ruts, roadsides, and retaining walls. The groups averaged 50 person-work days per km per year, and paid members a fixed monthly sum, which could be reduced if performance was not satisfactory.

Impact evaluation shows that the program increased the probability of women becoming regular earners by 77%, in a context where earning opportunities are scarce: only 7% of women were engaged in non-household income generating activities before joining an RMG. The program also raised the incomes of beneficiary households by approximately one third. Much of this increase came directly from the women engaged in road maintenance: their monthly earnings increased by 175,000 kip ($19) on average. Interestingly, beneficiaries from relatively less poor households increased their average monthly earnings by 186,000 kip ($20), while the average increase for poorer participants was 164,000 kip ($18). Further research is needed to understand what prevents women from the poorest households benefitting to the same extent as others.

For its duration, the program achieved the objectives of substantially improving household welfare and women’s productive work. The reported net income gains represent a range of 75-90% of the wage payments made under the program, depending on the participant. This is far higher than the 30-40% range of impacts found in studies other of public work programs, suggesting that paid activities under the RMG did not replace other income sources, but rather complemented total household income. 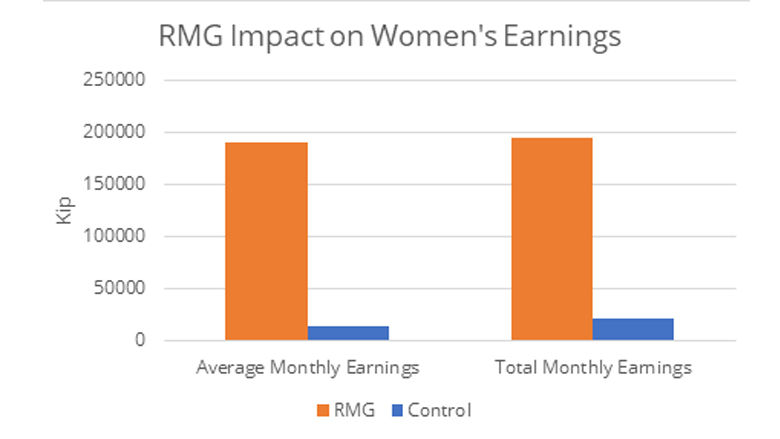 Another positive outcome was that providing women with paid work did not provoke any increase in gender-based violence. Theoretical literature suggests that giving women the opportunity to earn cash income can disturb family equilibrium and increase domestic violence. However, the impact evaluation confirmed that women did not suffer increased violence or harassment. Rather, the program increased empowerment with women reporting increases in:

It should be noted however, that the poorest women were less likely to reap these empowerment benefits than were relatively less poor women.

The evaluation also revealed a need to reshape the design of similar projects to ensure the long-term sustainability of women’s paid employment after the program. The program did not increase the likelihood that women working in the RMG would increase their savings or invest significantly in durable assets. Thus in its current form, the program is unlikely to have lasting economic impacts.

In a move that may extend such impacts, the Poverty Reduction Fund has signaled that it is shifting its emphasis, from filling gaps in village infrastructure to increasing incomes over time and building human potential through investments in agricultural production and improved nutrition for children. With additional financing from the World Bank, the PRF will be able to apply these mechanisms to enhance the sustainability of benefits from various programs. As with the RMG, the World Bank will assess the effectiveness of this design modification in sustainably moving poor women and their families out of poverty. 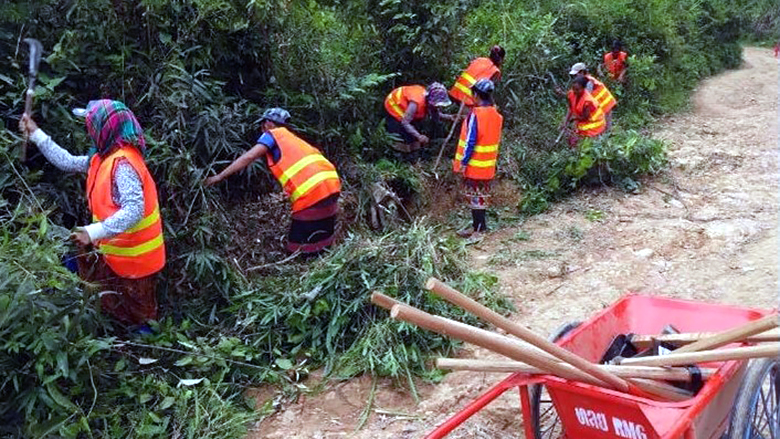