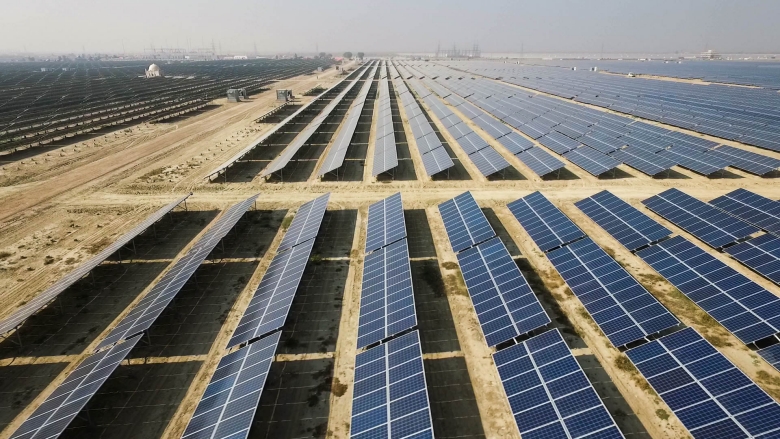 Solar and wind power should be urgently expanded to at least 30 percent of Pakistan’s total electricity capacity by 2030. Photo: World Bank

Wind is also an abundant resource. Pakistan has several well-known wind corridors and  average wind speeds of 7.87 m/s in 10 percent of its windiest areas. However, despite a number of successful projects, the installed capacity of solar and wind energy in Pakistan, at just over 1,500 Megawatts, is just 4 percent of total capacity, equal to around 2 percent of total generation.

But how much variable renewable energy can the country’s power system absorb? What level is economically optimal?

These questions are addressed in our recently published Variable Renewable Energy Integration and Planning Study. The report was undertaken by the global engineering and advisory firm Tractebel Engineering GmbH over an 18-month period in close coordination with the Power System Planning Department at Pakistan’s National Transmission & Despatch Company (NTDC) and other key agencies.

The study has helped provide the evidential foundation for the government’s Alternative and Renewable Energy Policy 2019, and the Indicative Generation Capacity Expansion Plan (IGCEP 2047) submitted by NTDC to the National Electric Power Regulatory Authority (NEPRA) in March this year. It also confirms Pakistan’s target to increase VRE to 20 percent of its electricity mix by 2025, 30 percent by 2030, and even shows that slightly higher penetrations of solar and wind would be economically beneficial.

To achieve such targets, a massive and immediate expansion of solar and wind is required through competitive bidding which would decrease prices. Efforts to reduce power generation from uneconomic thermal plants (in particular heavy fuel oil) and continued investment in hydropower must continue as well.

The country is currently facing a significant power surplus due to new generation additions and weaker than projected demand, in part due to the COVID-19 pandemic. However, Pakistan needs to ensure it avoids a repeat of the boom-and-bust cycle of underinvestment in power generation followed by emergency capacity development that has characterized recent decades. VRE represents a “no regret” option that can be developed relatively quickly and can displace fuel from inefficient thermal plants and reduce various cost and supply risks such as import dependency or delays of major hydropower projects. If VRE targets are met, up to $5 billion could be saved in potential fuel and other costs. 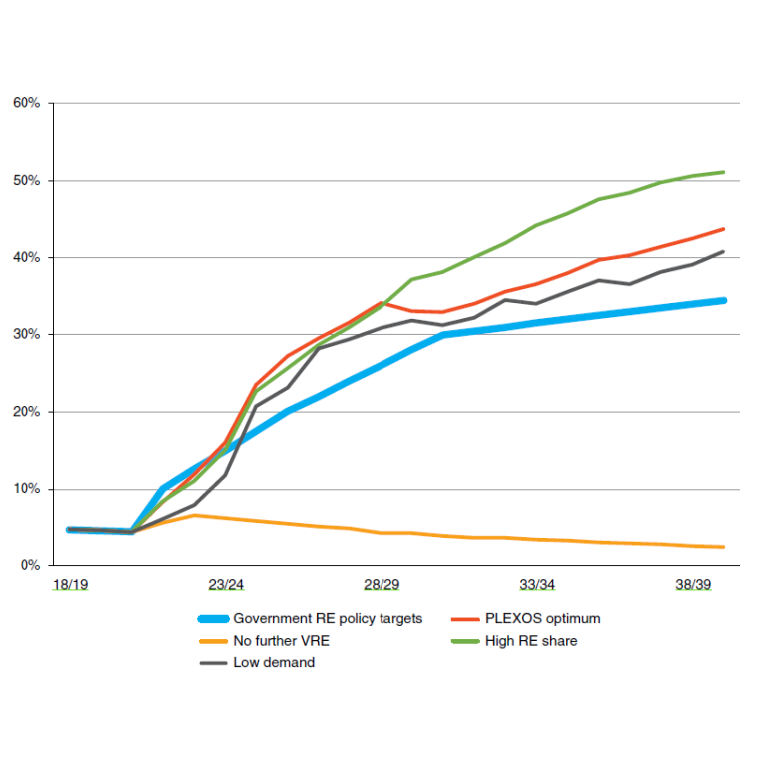 While there are strong national and provincial motivations for development of domestic coal in Pakistan, including local economic development, jobs, and increased energy security, the economics do not support such a strategy because of recent VRE cost reductions. The report suggests that domestic coal would not be added to the system until at least the early 2030s, and not at all when external costs such as GHG emissions are considered; imported coal remains uneconomic under all scenarios.

Supporting a transition away from domestic coal, for which there are a number of further projects in the pipeline, would be a strong candidate for “climate finance”, in particular supporting the grid investment required to facilitate a rapid expansion of VRE, and introduction of costlier technologies such as concentrating solar power (CSP) and battery storage, as well as increasing the flexibility of large dams where hydropower is often a by-product. Battery storage and flexibility measures would also help to avoid a major scale-up of open-cycle gas turbines, which might otherwise be required to provide reserves (with or without additional VRE capacity).

Achieving the proposed scale-up of VRE, equivalent to over 24,000 Megawatts of additional capacity by 2030, will require a coordinated and sustained effort by both the federal and provincial governments. Major investment is needed in the transmission system, including new automation and control systems, as well as regular rounds of competitive bidding based on a clear capacity expansion plan. The World Bank, working closely with other development partners, stands ready to support Pakistan in this endeavor, achieving the goal of affordable, reliable power for all by 2030.

This study was funded by the World Bank’s Energy Sector Management Assistance Program (ESMAP) and the United States Agency for International Development (USAID), and was prepared by Tractebel Engineering GmbH under contract to the World Bank.