Risking Lives to Protect Wildlife and Wildlands: Stories from Rangers in the Field 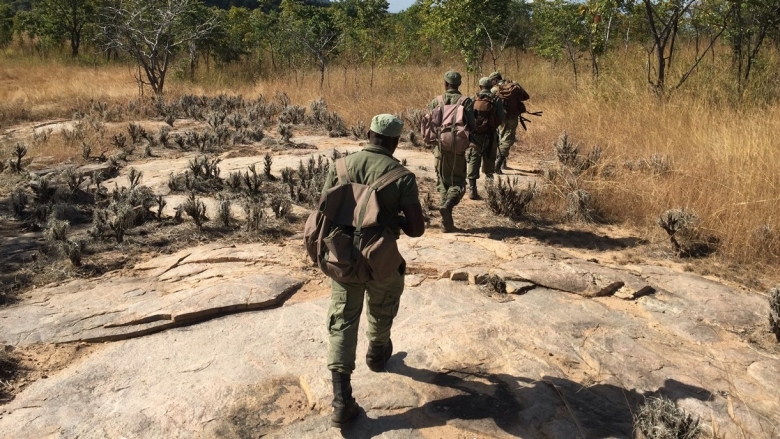 Rangers in Niassa National Reserve, Mozambique, are in a race against time to protect Mozambique's remaining elephants from poachers. © Raul Gallego Abellan

“The sun isn’t even out. You get up, button your uniform, tie your boot laces, put on your beret, grab your field gear, and kiss your family goodbye. You close your eyes and take a moment to make peace with the reality that you may never see them again.” This is the daily routine of a ranger.

Globally, approximately 150 rangers die each year protecting parks and wildlife, according to the Thin Green Line Foundation. This year, this number of rangers lost is likely to increase as the COVID-19 pandemic takes its toll—both in terms of rangers catching the disease and in carrying out their duties. Tourism being halted worldwide has required intensified ranger presence to monitor for wildlife crime in areas normally frequented by visitors.

On July 31, World Ranger Day, the Global Wildlife Program (GWP), funded by the Global Environment Facility (GEF), would like to honor the bravery and determination of all rangers—who are nature’s frontline defenders—by sharing their stories. 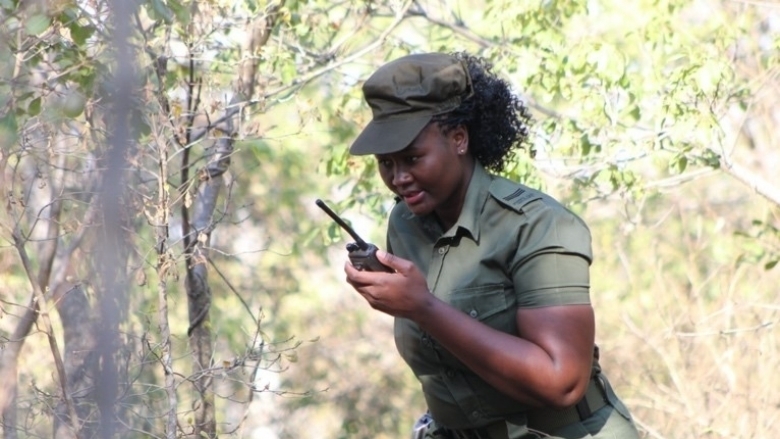 Patience Tsitsi Shumbayaonda covers vast distances while on extended patrols battling heat and exposure to disease-causing insects, as she and her colleagues have to keep an even closer eye on endangered wildlife with the lack of tourists due to COVID-19. © Evans Ekatiyo, ZimParks

Patience Tsitsi Shumbayaonda, 28, has been a ranger with Zimbabwe Parks and Wildlife Management Authority (ZimParks) for three years. She and her colleagues patrol in conservation areas that are benefitting from the GWP-Zambezi Valley Biodiversity Project, funded by the GEF, led by the Ministry of Environment, Climate, Tourism and Hospitality Industry, and supported by UNDP, to strengthen biodiversity and ecosystems management in the Mid- and Lower Zambezi Valley in Zimbabwe.

Originally from a farm northwest of Harare, Patience holds an honors degree in local governance, and was motivated to be a ranger because of their “resilient nature to fight poaching.” She said the tough paramilitary training she received taught her “discipline, teamwork, first aid, bush craft, weaponry, and many other aspects necessary for survival in the bush.”

“Our job is not only to protect the animals from the people, but also the people from animals,” she said. “We do come face to face with dangerous animals but if we keep our distance from them they will go away. I think somehow, they feel our positive energy and do not attack us.” 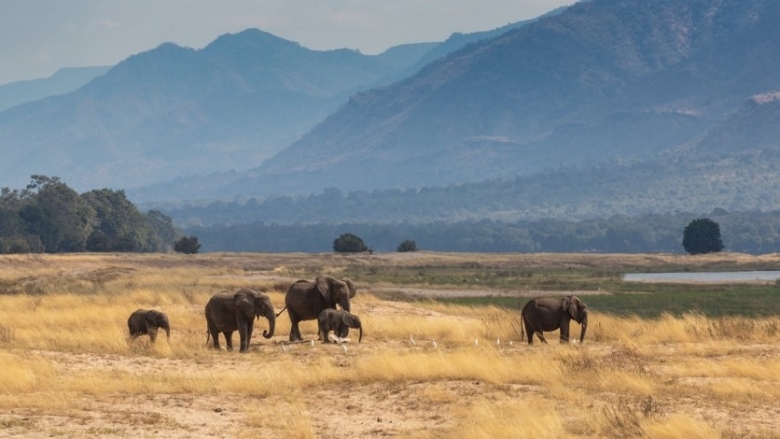 Most parks are in remote areas and patrolling them involves being separated from families for longer periods, with no access to the internet.

“When we are on extended patrol, we sleep in the field for many days before coming back to the camp. We also do what we call in our language ‘vhuka lalas’—which means ‘wake-up sleeps.’ These are done so that we can cover larger areas, such as 80 km on foot carrying food and sleeping bags in our backpacks. When it gets dark we take turns sleeping and setting up ambushes. When the sun rises, we pack up camp and move on,” said Patience.

“The conditions are hard; we battle bad weather and heat fatigue, armed poachers, and insect bites from tsetse flies and ticks and being exposed to diseases like malaria and sleeping sickness, but for us, that is what makes it adventurous and interesting.”

This year, on top of the regular daily challenges, came the coronavirus pandemic making it more difficult to travel to remote workstations, restock food supplies, and watching salaries devalued from hyperinflation.

In the first quarter of 2020, the global tourism sector lost over $80 billion due to cancelled bookings. The effects are widely felt in developing countries like Zimbabwe where the tourism sector contributed 6.3% of the GDP in 2018 and is targeting an annual contribution of $7 billion by 2030.

“The COVID-19 pandemic is having many negative impacts on workplaces and we are not spared. Less tourists means less revenue for wildlife management. It takes money to set up solar-powered supplementary water sources as a result of drought.”

Tourism losses led to an 80% decline in ZimParks' revenues between April and June, according to information provided by the Zambezi Valley Biodiversity Project. Contributions from private sector and NGO donors and partners have also been severely affected by COVID-19—leaving ZimParks with an acute funding gap to support critical operations, such as anti-poaching surveillance and monitoring of wildlife populations.

Patience said no rangers have lost their job—so far, and they take extra precautions to stop the virus from spreading. “We are working tirelessly even during these hard times to ensure all ground is covered, however, the lack of ‘eyes’ on the ground due to the lack of tourists means we have to work double-fold.”

The Zambezi River boundary with Zambia—which runs the entire length of Zimbabwe's northern boundary—now requires more patrols by boat and drones due to increased attempted incursions into Zimbabwe by poachers, according to Chipangura Chirara, the manager of the project, based on a recent monitoring mission with senior government officials. The Forestry Service, which manages many areas adjacent to national parks reports an increase in deforestation as people increasingly turn to charcoal production and biomass fuel as they can no longer afford electricity, which under normal circumstances is in scarce supply in Zimbabwe.

The tourism losses affect rural district councils in marginalized areas, many of which are adjacent to protected areas where safari revenues usually account for 90% of their income. The losses jeopardize services such as health care, and food and water provision, according to a June report from the Zimbabwe Environmental Law Association (see COVID-19 Wildlife situational update).

Patience thinks informing local communities about the importance of preserving wildlife will not only discourage them from poaching but encourage them to help in the fight and get involved in conservation issues. Similarly, introducing conservation tax credits as an incentive will help maintain natural lands even outside protected areas, and that proceeds from wildlife tourism should go towards helping to build schools and clinics so that the community appreciates the benefits from conservation.

Combating trafficking in Indonesia – armed encounters while enforcing the law 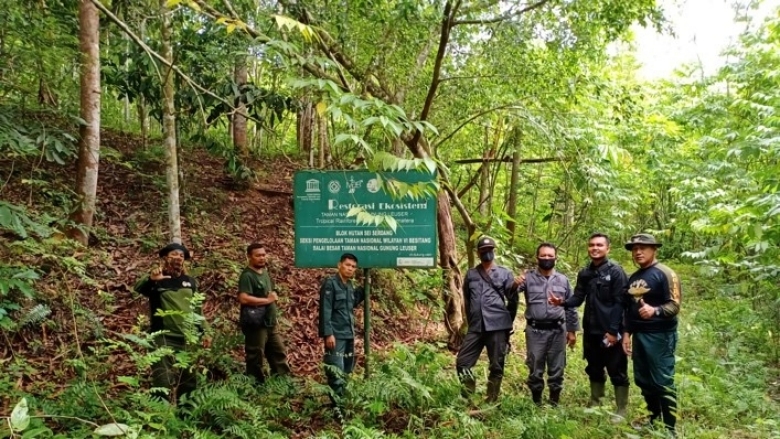 A forest ranger since 2007, Jonsah Putra Bakti, 37, oversees a 200,000-hectare area in Indonesia’s Gunung Leuser National Park, one of the richest tropical rainforests in Southeast Asia hosting critically endangered orangutans, Sumatran tigers and elephants, along with 750 different species of animals. He said the COVID-19 pandemic has reduced needed income in the area from ecotourism and for small businesses that rely on tourists who visit the park.

Indonesia had shut down conservation areas for tourists to stem COVID-19 transmissions both among people and to wildlife such as orangutans. Foreign tourists declined by nearly 90% in April and May with a reported loss in nearly $6 billion in tourism revenue this year. However, the government recently announced the gradual reopening of parks to local and foreign tourists with strict COVID-19 protocols.

Illegal hunting is reported to be on the rise but it appears to be by locals targeting wildlife for food and not for trade. To reduce the impact of wildlife poaching, rangers are considering turning hunting spots to bird-watching spots to stimulate some tourism.

Originally from the North Sumatra Province of Langkat, Jonsah covers several miles by foot each day surveilling the area for hunters and poachers as part of a collaborative operation led by the Ministry of Environment and Forestry with support from GEF and UNDP.

He’s paid a steep price for his efforts to curb illegal activities: in 2014, his family’s house was burned down, and they were driven from their hometown because of his actions to combat illegal encroachment. Several years later he was attacked with a rifle by poachers seeking deer and ivory. In 2019, he was attacked by a tiger hunter during an arrest.

However, none of this has deterred him in carrying out his duties as a ranger: “To eradicate the illegal wildlife trade, you need to firmly implement the regulations, otherwise they don’t act as deterrents.” He said community involvement also plays a crucial role in protecting the conservation area.

Dubbed a “Forest Ranger Champion,” he was awarded the Ministry of Environment and Forestry’s Wana Lestari Award in 2016.

Herwin Hermawan is a member of the elite Leopard Unit of the Forest Rangers Rapid Response Unit (SPORC) within the Ministry of Environment and Forestry. As part of the collaboration, the GWP project supports activities related to combatting illegal wildlife trade operations. Before joining this unit in 2016, he covered an expansive area of national parks in the Aceh and North Sumatran Provinces. 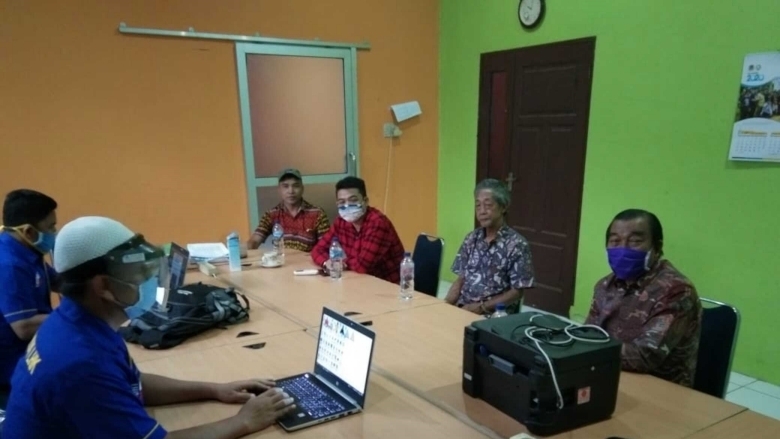 He’s carried out extensive operations to reduce illegal wildlife hunting and trading in collaboration with other law enforcement officials: In 2019, along with customs officials in the Port of Belawan they exposed the smuggling of 34 protected birds from Maluku hidden in the walls of a ship. It involved nine crew members who were ultimately sentenced to eight months in prison. In 2020, Herwin and his team exposed an orangutan trafficked by a local poacher, and recently, in collaboration with Kualanamu Airport customs officials revealed efforts to smuggle scales from 44 pangolins to Guangzhou, China, that were being hidden in suitcase pockets, toiletries, and coffee containers.

A father of two daughters, Herwin says in order to increase the public’s understanding to protect wildlife, it’s necessary to raise awareness at an early age. He also believes “law enforcement should consider each animal as an equally protected species from the small, nocturnal wide-eyed slow lorises to the flagship Sumatran tiger.”

Our current crisis serves as a reminder that protecting natural assets and wildlife needs to be a shared responsibility.

"It’s not our duty only as rangers to look after wildlife, but it is everyone’s task—as communities, as nations, and globally. I hope that the illegal trade of endangered species is stopped and that people value wildlife as we rangers do, such that we live in harmony with nature." 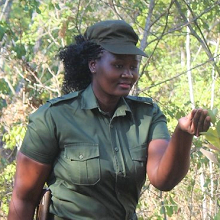 Patience plans to take her exams in September to become a professional guide using the vast knowledge of animal and plant species she’s gained by being ranger.

*The GWP would like to thank Chipangura Chirara (Zimbabwe), Achmad Pribadi and Muhammad Yayat (Indonesia) and their project teams, government counterparts, and UNDP colleagues (Mandy Cadman and Tashi Dorji) for facilitating the ranger interviews for this feature story.

Video: Rangers in Vietnam: Protecting One of the World’s Most Rare Primates

Blog: Behind the Lens: Capturing the Story of Niassa's Elephant Defenders