Why Biodiversity Matters to Your Daily Cup of Coffee: Preserving the Birthplace of Wild Arabica Coffee in Ethiopia’s Highlands 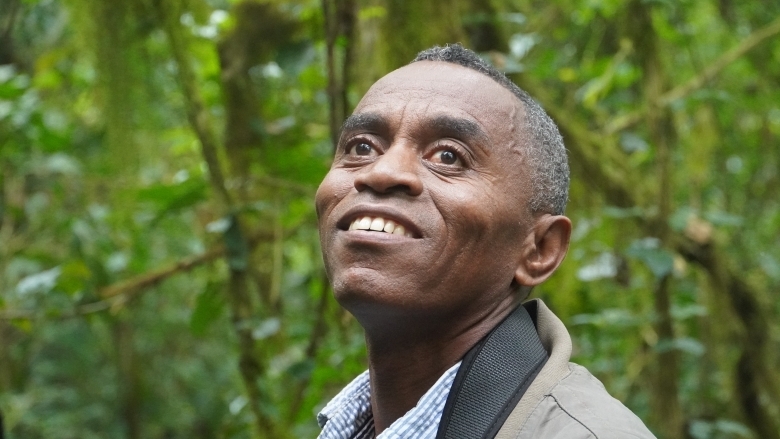 BONGA, Ethiopia – Nestled in the dense rainforest of the Kafa Biosphere Reserve in southwest Ethiopia are thousands of genetic variants of coffee – an important seed bank of wild Arabica that faces extinction as a result of climate change.

Preserving Ethiopia’s prized Arabica coffee is key not only for coffee drinkers worldwide, but also for the estimated 15 million people in Ethiopia whose livelihoods depend on it. Ethiopia is Africa’s biggest coffee producer and the world’s fifth largest exporter. In 2018, Ethiopia’s coffee production was 7.5 million 60 kg bags, according to the International Coffee Organization.

The Kafa zone, about 460 km southwest of Addis Ababa, is considered the birthplace of wild Arabica. The Arabica plants found here are being used to develop coffee varieties that are resistant to important coffee diseases and have the potential to survive the impact of climate change. 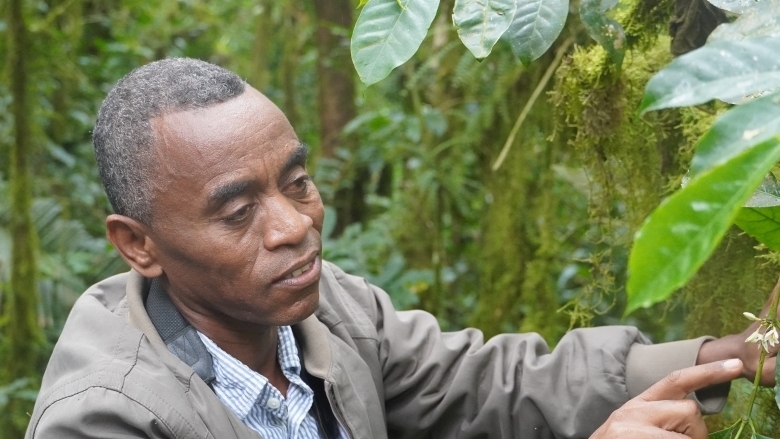 “This forest is a gene pool for coffee,” explains Mesfin Tekle, a natural resources specialist and project coordinator for the Nature and Biodiversity Conservation Union, which helps manage the Kafa Biosphere Reserve. Resistant varieties, he said, are found in the shaded, dense coffee forests, and these can be developed and then cultivated. “This is the importance of the coffee forest on the verge of this climate change,” explains Tekle, pointing to white flowers on a coffee plant with its distinctive paired leaves.

A 2019 study led by Aaron Davis, head of Coffee Research at the Royal Botanic Gardens in Kew, UK, found that 60 percent of 124 wild coffee species are threatened with extinction because of land use change and deforestation, exacerbated by climate change. Wild coffee, said Davis, is vital for the long-term viability of the coffee sector.

“The sheer scale of genetic diversity found in these wild places simply cannot be replicated in botanic gardens or research collections” said Davis. “We will need these resources more than ever over this century, especially under climate change. In Ethiopia, for example, wild Arabica has been used to counter coffee berry disease by selecting stock from wild forests that has natural resistance to this terrible plant disease,” he added. 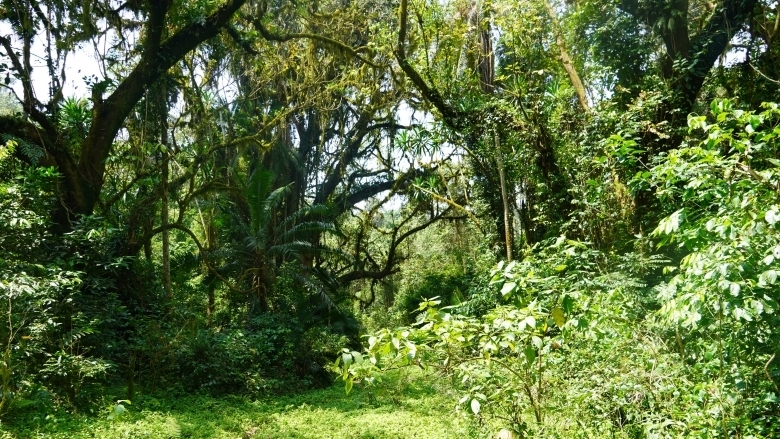 Designated in 2010 by UNESCO as a national biosphere, the Kafa Biosphere Reserve extends over 760,000 hectares and has a population of around one million people. It is known as Ethiopia’s “Green lung” for the carbon dioxide the forest traps. The Kafa forests are teeming with biodiversity -- home to hundreds of species of mammals, birds and plants. Herbs like cardamom and long pepper grow wild, and black and white colobus monkeys keep watch from the treetops as lions, buffalo, antelope and other wild animals roam the area. 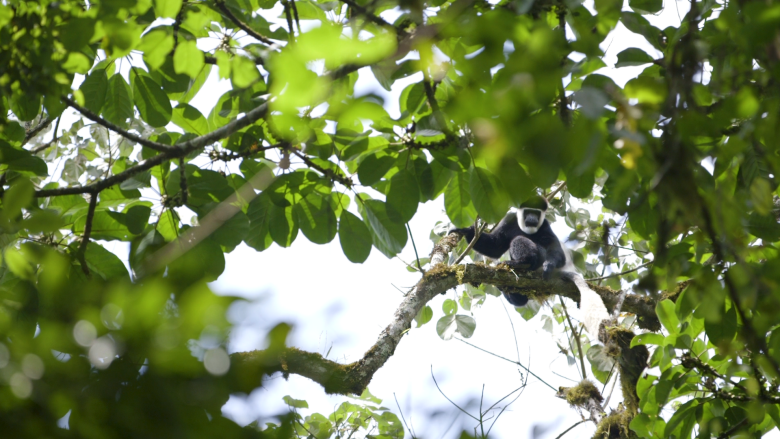 Ethiopia’s wild coffee forests are an important source of planting material for farms via seeds and seedlings. Protecting these resources is a key part of the country’s resilience strategy, said State Minister for Natural Resource Management, Dr. Kaba Urgessa. “One thing we have to be sure of and serious about is that when we are leaving coffee to the farmers alone, sometimes they can also introduce coffee from outside. We have to be very careful and, in that case, we may lose our genetic resources, because it could be cross bred. So if that is checked, we are not only preserving coffee we are also preserving our forests.” 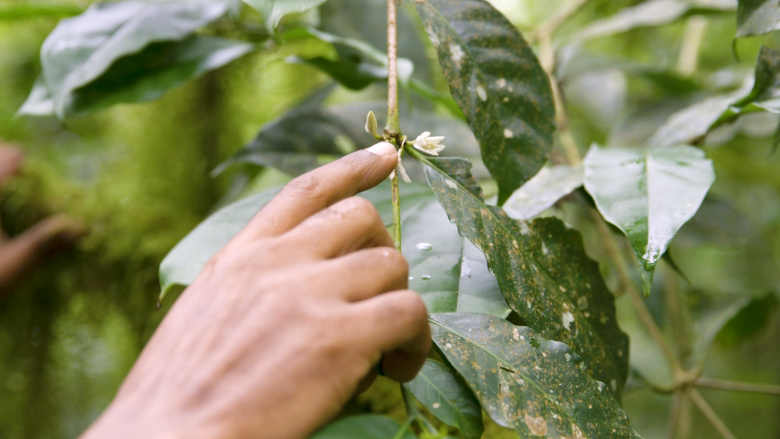 To date there are five biospheres in Ethiopia. The biosphere concept was introduced to conserve biodiversity, while also involving and benefiting communities. Each biosphere has three interconnected zones. The core zone forbids farming or economic activity and is securely protected.  A buffer zone surrounds the core area and limited tourism and training is allowed there, along with the collection of non-forest products such as honey. Only in the outer transitional zone is crop farming permitted.

“By boosting livelihoods in the transitional zone, this should lessen pressure on the core zone and reduce the need for communities to access resources there – thus preserving wild coffee in the long run,” said Paul Martin, Lead Natural Resources Management Specialist at the World Bank.

After the area was designated a biosphere, Tekle said deforestation dropped immediately, particularly in the core zone. Coffee cannot withstand big temperature swings and if trees were cut down excessively this caused rising temperatures, decreased moisture in the soil and threatened the survival of coffee, he said. The World Bank’s interventions in the transition zones helped communities to rely on alternative income generating activities rather than cutting trees for charcoal as well as expansion of agriculture.

In the transitional zone, farmers have noticed a shift in the seasons in recent years. Tadelech Kabede, a coffee farmer in the Chena Woreda area near the core zone, said unpredictable seasons and rain had forced her to adjust planting schedules. In the forest, Tekle said coffee plants were also adapting. “Coffee drinkers, what they enjoy as flavor, taste and aroma comes from nature. If the coffee’s habitat is maintained, then that goes to the cup of coffee people consume and they enjoy the best nature has to offer,” said Tekle. “Coffee is biodiversity.” 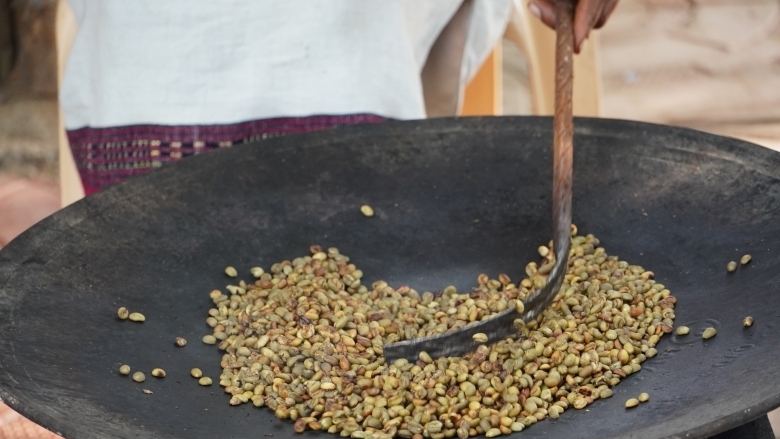