Skip to Main Navigation
This page in:_
FEATURE STORY July 1, 2020

How Women Are Leading Change in Bolivian Neighborhoods 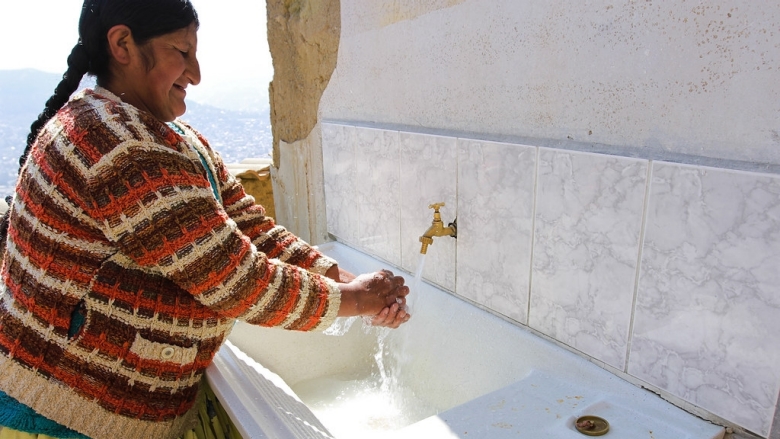 One of the most difficult questions in development is, where to invest limited resources to have the greatest impact on people’s lives?

The needs for each city differed according to geography. Santa Cruz, Bolivia’s largest city, lies in the country’s tropical lowlands with warm average temperatures and high rainfall. La Paz and El Alto lie in the Andes valleys at more than 3,600 meters (12,000 feet) above sea level. Despite being close to the equator, the climate is similar to parts of Norway.

Yet all three of the cities required similar infrastructure improvements, things like roads, sewers, sidewalks, and transit systems. Through the International Development Association (IDA), the World Bank provided $54 million for the project, working with the Inter-American Development Bank, to upgrade infrastructure in 45 neighborhoods across the three cities.

The funds helped build new roads and sidewalks in El Alto, which benefitted nearly 200,000 people. More than 28,000 people in La Paz got improved access to basic services. And more than 34,000 residents of Santa Cruz were connected to the sewer network.

One of the keys to the project was promoting women’s participation in community activities and leadership in the committees helping manage the neighborhoods. Approximately 40,000 women in the targeted neighborhoods directly benefited from the project, including technical assistance in areas such as gastronomy and textiles to help women create microenterprises. In El Alto alone, more than 102,000 women benefited directly from improvements in mobility.

In the targeted La Laz neighborhoods, the average travel time to the nearest bus stop dropped from nearly 20 minutes to 7 minutes, while it’s estimated that property values nearly doubled. The project planners have shared lessons in neighborhood improvement, urban management, and community involvement with officials in Guatemala and Quito, Ecuador.

In the three cities, infrastructure benefits have impacted nearly every aspect of people’s lives.  “I am very happy to have found a place where my child can learn and grow and be safe while I am also working,” Gladys Humeres said. She found a job working on a childcare group in a community center of an improved neighborhood.

La Paz has begun scaling up the program and has upgraded infrastructure in more than 100 neighborhoods throughout the capital city.