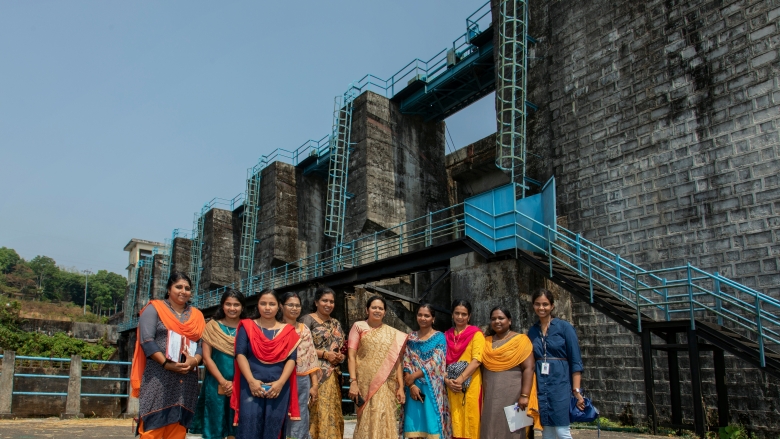 In 2018, the monsoon unleashed a rare devastation on India’s southern state of Kerala.  The rains lashed the state day and night, pouring close to a year’s rainfall in just 10 days. The dams and reservoirs filled up quickly and touched the danger mark.

Elizabeth Korath was the engineer in charge at the Bhuthathankettu Dam on the Periyar river, the state’s longest river and its lifeline in many respects.  She recalls the tense moments she, along with her colleague Sujatha and others, spent in sending hourly reports on the rising water levels to the headquarters of the state’s irrigation department in Trivandrum. As the rain continued to fall, they opened all the sluice gates to release the excess water, and the dam held.

“The water in the reservoir was above the danger mark, and the rains would not stop,” she remembers.“We were camped at the site for many days giving hourly updates and worrying if the waters would flood the nearby villages. Thankfully that did not happen We had completed all the repairs on the barrage well before the deluge came.” 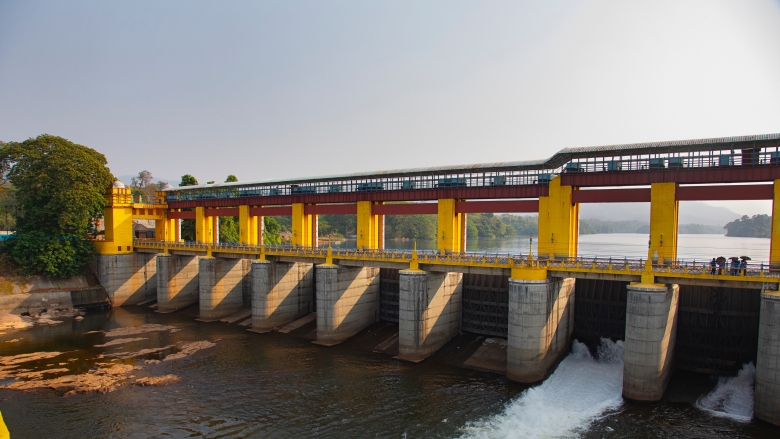 Nearby, at the Malankara Dam, women engineers managing the dam, recall the tense days they spent camping on-site to monitor the rising water level in the reservoir. “It was a sight never seen before with waters on both sides of the dam at level.”

In her day-to-day work at the site, Manju, who has recently taken over managing the Malankara Dam, says it is not easy meeting the competing demands of the local farmers and the panchayats - the village councils. “There are conflicting demands to release water from the dam for irrigation and drinking. At the same time, I have to ensure that the water level in the reservoir is maintained for future use.”

S. Manju, who works with the Dam Safety department, often travels with senior engineers to dam sites across the state to inspect the ongoing rehabilitation work. She feels extremely proud working with other women colleagues. “It is heartening to interact with our women colleagues working on dam projects in the state. We feel a sense of accomplishment knowing that our work impacts people's lives in the state.”

Both the Bhuthathankettu and the Malankara dams are among the 16 dams across Kerala which are being repaired under the World Bank supported Dam Rehabilitation and Improvement Project (DRIP).

"Being women, we have an inborn ability to ‘manage’ both work and home. We work together as a team and support and understand each other’s troubles and anxieties. Perhaps that is why we deliver a good job as we are happy in what we do."
Jaya P. Nair
Superintendent, Muvattupuzha Valley Irrigation Project (MVIP)

Managing a network of canals

Jaya P. Nair has been a civil engineer with the irrigation department for over 25 years. She manages the Muvattupuzha Valley Irrigation Project (MVIP) which also oversees the Malankara Dam and takes care of the irrigation and drinking water needs of the region.

In Jaya’s office, more than two thirds of the project’s 32 staff are women engineers. Jaya says that the maximum concentration of women engineers is in this municipality. “It was not a deliberate move,” she says. “It just happened!” 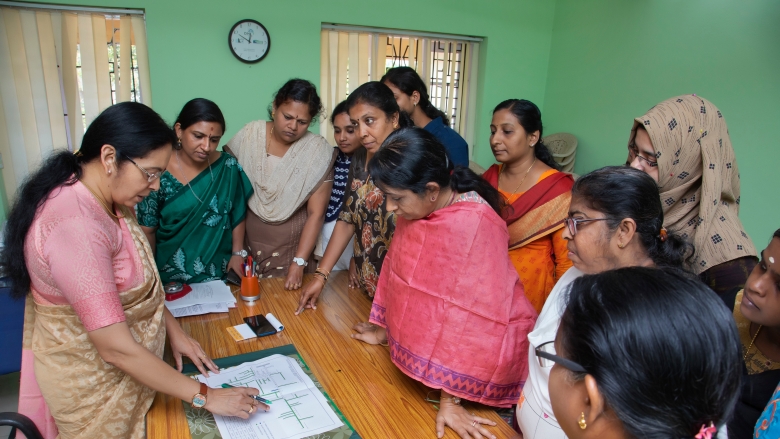 Jaya P. Nair with her team overseeing operations at the Malankara Dam

and manage dealing with the contractors which is the toughest challenge according to them. At Bhuthathankettu, these lady engineers oversaw and executed the construction of a new bridge to ease traffic flow on the dam. In Malankara, repair work on the dam was completed in record time and they even managed to save money in the process which they are now using to beautify and promote the dam for tourism purposes and generate revenue in the process.

. As one of the states with India’s highest literacy rates, girls compete equally with boys in the tough entrance examination to qualify for the civil engineering courses conducted by government colleges in the state.

“We usually find that many girls qualify for the engineering courses with good marks,” says Jaya.“Even at the job interview, we find the girls focused and enthusiastic. Male candidates too are equally qualified and good, but somehow the women have an edge.”

“Being women, we have an inborn ability to ‘manage’ both work and home,” she adds. "And we work together as a team and support and understand each other’s troubles and anxieties. Perhaps that is why we deliver a good job as we are happy in what we do,” she confides.

With much of the dam rehabilitation and canal works nearing completion in the state, Jaya has useful advice for the young engineers. “Going forward, these young engineers should prepare new initiatives and projects in river basin management, water sharing and so on and look out for opportunities to present these to the government. Doing so they contribute to their own development and that of the state as well.”

Inspired by her, Reeba Joseph, a new entrant in the engineering field is keen to put together new initiatives in water conservation, and rainwater harvesting.

Interestingly, women engineers are not only managing dams and canals in Kerala. A 27-member team of women is busy recarpeting the 3,400-meter-long runway at the Cochin International Airport.

Another feather in the cap for the women engineers of Kerala.