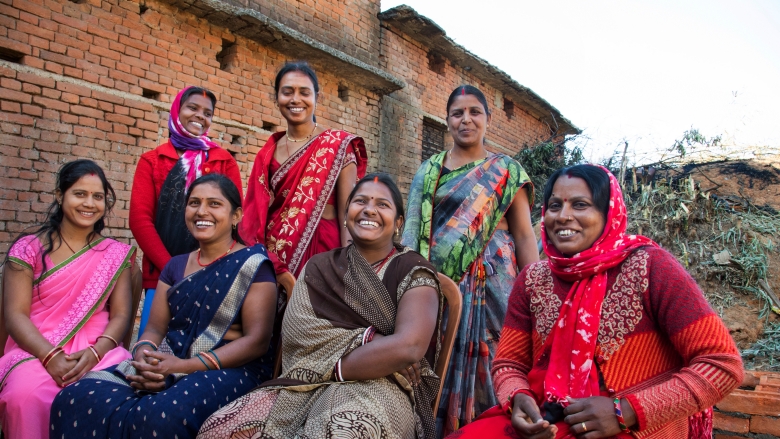 In India, masonry work is a specialized skill that is usually dominated by men. But Jharkhand's Rani Mistris or women masons have now broken this gender stereotype.

“This skill we have learned makes us feel so proud. We are more confident now and feel a great sense of self-worth," Rani Mistris

Thirty-six-year-old Nishat Jahan, mother of two, is bent over a row of bricks carefully checking that they are in a straight line. It is 9.30 in the morning and she has already laid half of a toilet wall she is constructing.  The villagers marvel at the speed with which she is working.

A few feet away, 42-year-old Usha Rani, her friend and co-worker, stands inside a 4-feet deep pit expertly lining it with bricks and cement.   Nishat and Usha are building a toilet at a home in Silbar Khurd village of Hazaribagh block, about 70 kms from Ranchi, the capital of Jharkhand state.  “I will be able to build the walls of this toilet in one day,” proclaims Nishat proudly. It usually takes a group of 3-4 women around 3-4 days to build a twin-pit toilet like the one the two women plan to complete in half the time.

About 12 kms away, a group of smartly-dressed women are building a toilet for some roadside shop-owners.  One of the women, forty-year old Urmila Devi, has been a mason for over two years. “,” she declares with pride. Poonam Devi, who works alongside her is not to be outdone; she has built about 900 toilets over the last one year.

In India, masonry work is a specialized skill that is usually dominated by men. These men are called ‘raj mistris’ – ‘raj’ being short for ‘raja’ or king. Traditionally, the women have played a supporting role, carrying bricks, preparing the cement mixture and following the men’s commands.

Jharkhand’s enterprising group of women masons have now broken this gender stereotype. The women first took up masonry when the state launched a massive toilet-building drive under the Swachh Bharat Mission. Most men had left to work in the cities and the few that remained thought the money they would earn by building village toilets was too paltry a sum to work for. 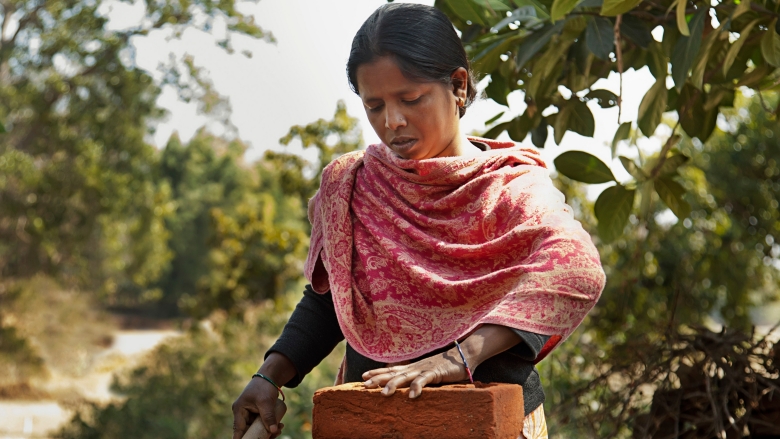 Thirty-six-year-old Nishat Jahan, mother of two, is one of the 50,000 rani mistris trained in masonry work in Jharkhand

Today J, a milestone it reached in November 2018.  Just as their male counterparts are called king, these women are called ‘rani mistris’ – or the queen masons.

Jharkhand was one of the states that received Technical Assistance (TA) support from the World Bank in the overall planning and implementation of the Swachh Bharat Mission.  As part of the TA, the Bank supported several training programs to train masons in building toilets where many women masons also participated.

"Traditional inhibitions hold people back from constructing a toilet within the house. We need to do something for the women in our community and it is in our interest to insist on a toilet" 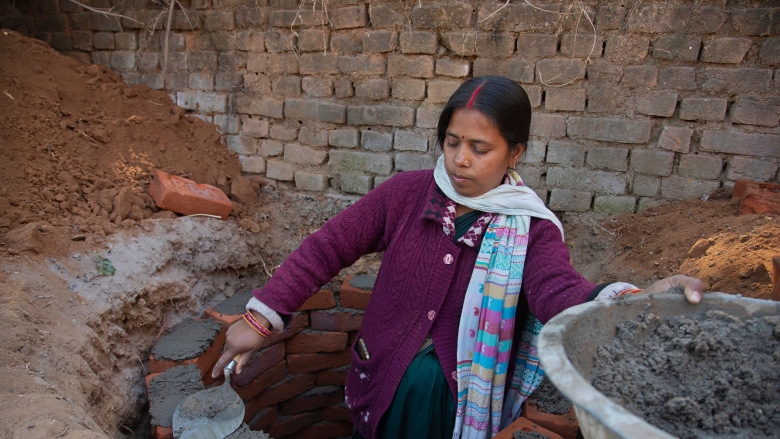 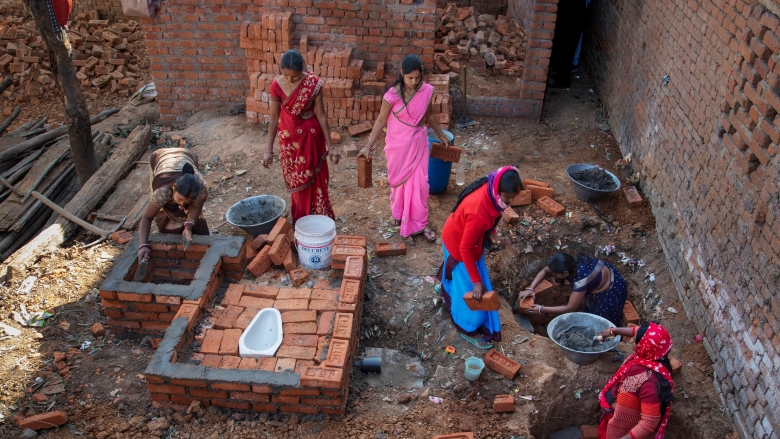 But it was not always so. In the beginning, the village community, especially the women, looked on them with disapproval.  Poonam Devi, one of the rani mistris, recalls how her mother-in-law was against her learning masonry.   However, with the strong support of her husband she was able to start.  “When they saw us becoming financially independent, the very people who disapproved quietly began asking how they could also learn the work. Once the women stood together, the community relented,” she says.

The women have broken another taboo too. Earlier, they could never think of travelling outside their villages to work. Women either worked at home or as farm laborers. But things have changed now. “We now travel to other villages when there are requests to build toilets. In fact, we ask the women of the household to help us. By the time we leave, some of them say that they too want to be like us.”

Nishat, along with the other women, was trained in the city of Ranchi on the technicalities of building toilets.   The week-long module taught them how to do a site inspection and assess the best place to build the toilet. They also learnt the technology behind soak pits and twin pits and were given practical training on construction techniques. After a week, they apprenticed under a senior mason before starting work on their own.

As masons, they earn more than double of what they did as a construction laborer. Nishat, whose husband is unemployed, is elated with her new earnings,“I save the money I earn to pay for my children’s education. I even have spare cash to spend on myself.”

Usha Rani echoes Nishat’s new-found confidence. “This skill we have learned makes us feel so proud.  I am more confident now and feel a great sense of self-worth.” 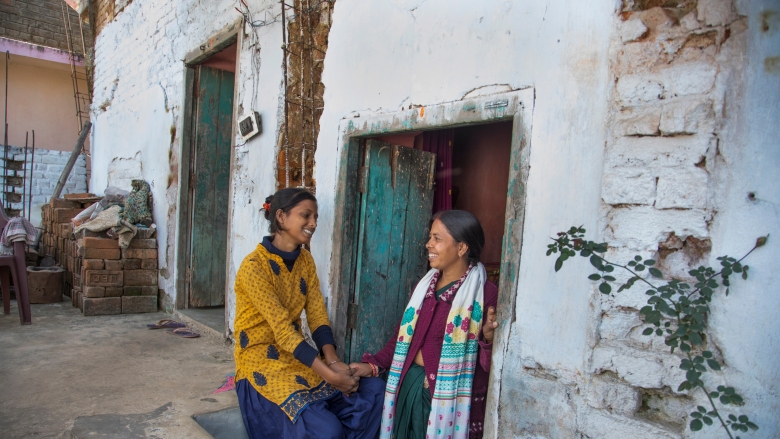 Enthused and eager to do more

Having seen the success their work has brought, the rani mistris now want to branch out, especially as the work of toilet construction is largely over in the state.  “We have heard of the government’s Jal Jeevan program to provide drinking water to all households.   We would now like to be trained as plumbers,” declares Usha.

Government officials are surprised at the women’s proactivity. “Their enthusiasm to learn more enthuses us too.   They want to become plumbers and learn more on solid and liquid waste management techniques and about rain water harvesting.”

The women’s success is making their daughters proud and spurring their own ambitions. Usha’s daughter Sheetal Chaya wants to join the Indian Police Service.  “It is important that women take up work. That is the only way the economy will improve,” she says confidently.