The Philippines: Transferring the Cost of Severe Natural Disasters to Capital Markets 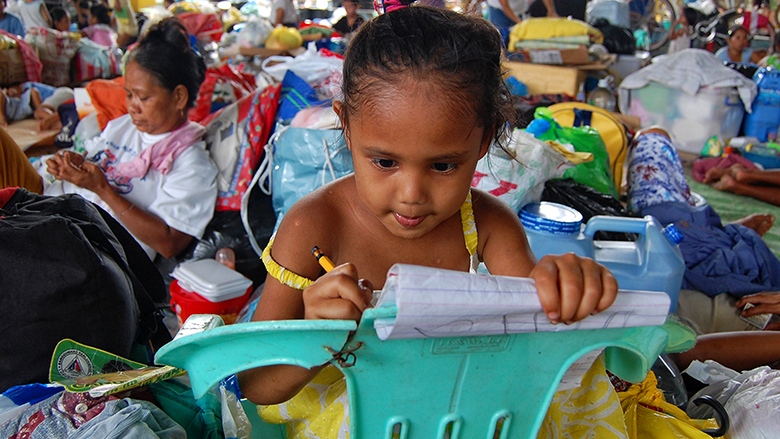 In 2014, one year after the typhoon plowed across his home, Tacloban City in the Philippines, Martin Delingon was still partially living on the streets. His house, crushed by the ship that was swept ashore by the storm surge, was one of the many causalities of Typhoon Haiyan (also known as Super Typhoon Yolanda). One of the most powerful tropical cyclones in the world, it resulted in the loss of 6,300 lives and caused an estimated $12.9 billion in damages and losses, roughly equivalent to 4.7 percent of the country's GDP in 2013. In a country where 16.6 percent of the population is still living below the national poverty line, and one that is among the most disaster-prone countries in the world, economic recovery from natural disasters is a fundamental part of fiscal planning.

​Contingent loans are pre-arranged loans which can be drawn down in times of financial crises. They are an effective instrument to provide rapid financing for disasters that complement and supplement funds available from national disaster funds and reserves. The World Bank's contingent loan product, the Development Policy Loan with Catastrophe Deferred Drawdown Option (DPL CAT DDO), has served the Philippines well in this regard. Following the typhoon events in 2011, after Super Typhoon Yolanda in 2015, and after typhoon Ompong 2018, the government fully utilized the World Bank contingent loans to support relief and recovery efforts.

In 2017 and 2018, the World Bank provided parametric catastrophe risk insurance cover to national government agencies and 25 individual provinces in the Philippines. The insurance program provided financial protection against losses from major typhoon and earthquake events. When disasters materialized during the coverage period, the Philippines received payouts of US$2 million and US$26 million, respectively, following typhoon and earthquake events.

In November 2019, the World Bank issued CAT bonds to help the Philippines transfer $225 million of potential financial exposure to earthquakes and tropical cyclones, including excessive rain, to the international capital markets for three years.

We have a budget set aside for funding post-disaster activities. But these are limited and mostly used for reconstruction and rehabilitation phases. Given the large requirement needed for severe disaster events, we are looking for an additional source of immediate liquidity for post-disaster relief and aid. And this is where the CAT bond comes in," said Shannen Nicole Chua, from the Bureau of the Treasury, the Philippines.

​"The CAT bonds allow the Philippines to respond quickly to emergency relief and recovery needs without having to divert resources from important long-term development projects," said Miguel Navarro-Martin, manager of Financial Products and Client Solutions for the World Bank Treasury. "Because the World Bank issues the bonds, they do not increase the country's debt. This was an important consideration for the Philippines, given their focus on improving fiscal management."

The World Bank provided the Philippines with end to end support for this transaction, including helping the government make critical decisions regarding the legal, technical and financial requirements of the transaction; finding and managing a large number of third party agents; customizing legal documentation; soliciting a vast network of global investors, and mobilizing grant resources from the Monetary Authority of Singapore to cover transaction costs.

Due to its geographical location, the Philippines will continue to bear the burden of natural disasters. Still, with the help of sound disaster risk management policies and innovative financial instruments to manage the financial impact of natural disasters, the government of the Philippines can respond more efficiently so that people like Martin Delingon can recover faster.​

Discover how: the Philippines strengthened their resilience to natural disasters 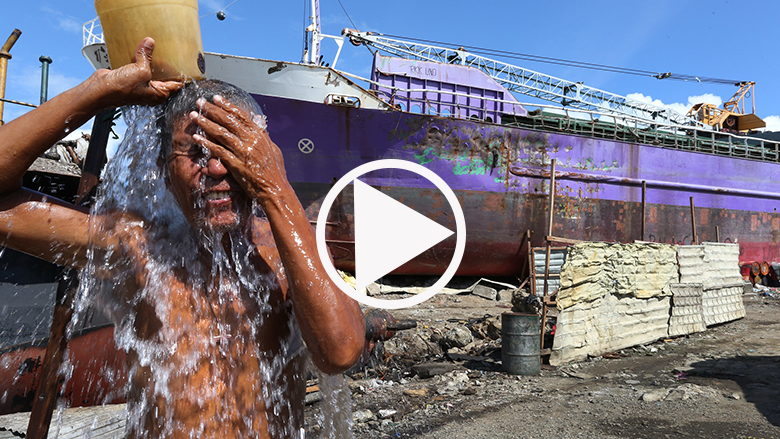