In Tajikistan, Better Water Resource Management is Critical to Food Security and Livelihoods 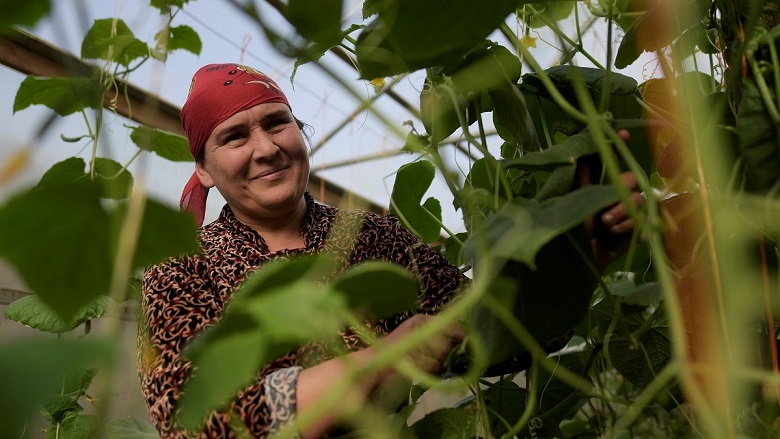 Located on the western tip of the Himalayas, Tajikistan has abundant freshwater resources in its rivers, lakes, and glaciers. Water plays a critical role in Tajikistan’s socio-economic development, especially in irrigated agriculture, hydropower generation, and human capital.

Irrigated agriculture is critical for food security and for rural livelihoods. More than 90 percent of agriculture production in Tajikistan is from irrigated lands and over half the workforce is engaged in the agriculture sector, contributing to almost 20 percent of GDP. However, the value of output produced per cubic meter of irrigation water remains very low, resulting in food insecurity and stressed water resources for many rural communities.

These challenges are exacerbated by rapid population and economic growth. Additionally, increasing climate change risks are posing challenges to meeting water demand, especially for crops, further increasing the urgency for reform in the water sector.

The Second Public Employment for Sustainable Agriculture and Water Management Project (PAMP II) supported the Government of Tajikistan in improving water resource management at local, basin and national levels, and in increasing crop yields through improved irrigation management. Key to improved irrigation was rehabilitation of irrigation and drainage infrastructure and support to Water Users Associations, which are community-based organizations linking farmers with irrigation service provider.

“Reform in the irrigation sector is urgent for us,” explains Kurbonzoda Abdullo, First Deputy Head of the Agency on Land Reclamation and Irrigation. “The old system heavily relied on the Soviet collective farm structure and, when it fell apart, suddenly nobody was responsible for local infrastructure and service delivery.”

The project focused on the Kofarnihon River basin, especially the lower basin in the southern Khatlon oblast, which borders Afghanistan. At the institutional level, the project established a River Basin Organization and fragmented district-level irrigation departments were merged into a single irrigation unit for the entire sub-basin. 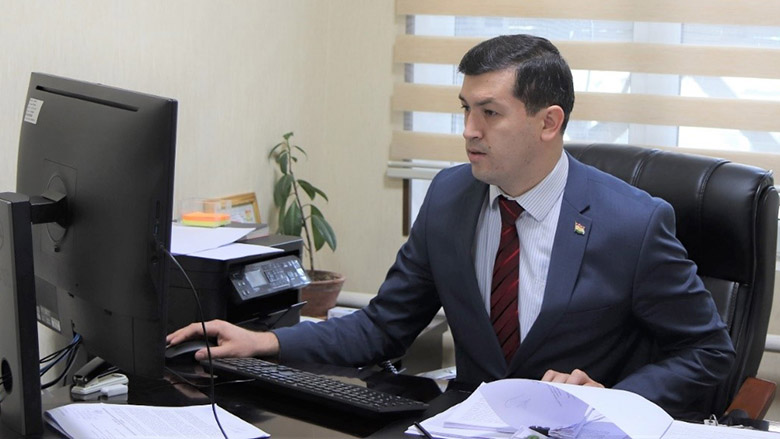 “The World Bank’s support allowed us to advance all aspects of water sector reform – infrastructure, institutions and legislation,” says Daler Abdurazoqzoda, with the Ministry of Energy and Water Resources.

The project supported improved payment and financial accountability practices between the farmers, Water Users Associations and bulk irrigation service providers through introduction of a billing system. Training and new equipment for all these groups further helped to improve water planning and the delivery of irrigation services. 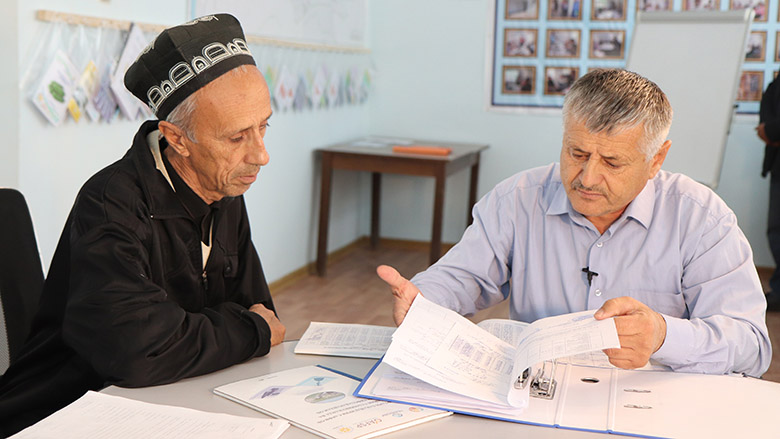 “In the past, irrigation services were not systematized, and our role was as fee collector for the water agency,” says Abdumalik Abbosov, head of the Water Users Association in Shaartuz district. “Now our role is essential – we sit down with farmers and plan how much water they will need and when. Then, this information is stipulated in an agreement, which we deliver upon.”

In 2020, the Government of Tajikistan adopted a new law for Water Users Associations, officially establishing these community-based organizations as part of irrigation governance and empowering them to provide better service to farmers. More than 130 Water Users Associations were strengthened in order to improve management of on-farm irrigation and drainage infrastructure. 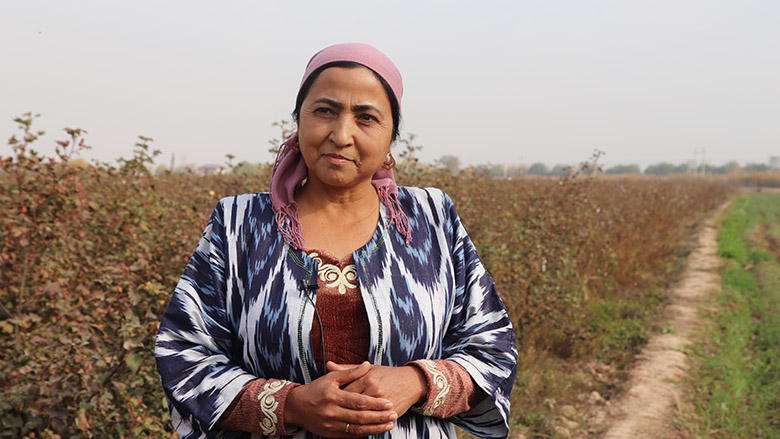 “When I set up my dehkan farm* in 2012, it was not easy. We saw the harvest dying, as we did not receive sufficient water for our crops,” says Zulfiya Ishmirzoeva, a farmer who owns 10 hectares of land and employs 8 people. “Disputes over who will get water first were common among the farmers.”

The project has helped to improve the reliability of water delivery and the introduction of transparent electronic billing for water usage has reduced conflict around water distribution.

“The new payment system is very easy. We pay for water and Association membership at the same time, in a transparent and predictable way,” says Zulfiya Ishmirzoeva. “Now it is clear what we are paying for.” 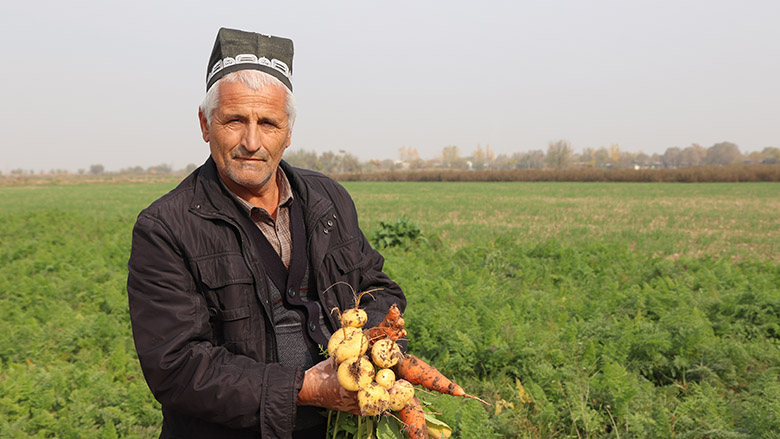 “These carrots and turnips are what we have grown as a second harvest this year, following a good first harvest of wheat,” says Ibodullo Norakov, who owns six hectares of arable land. “The harvest is as good as it can get.”

“It is rewarding to see all parts of the reform progress benefiting local communities,” says Farzona Mukhitdinova, Water Resources Management Specialist at the World Bank. “Water is seen differently now – not as an unlimited resource, but a scarce and valuable one that must be managed carefully, considering the interests of all stakeholders.”

The $57.9 million for the PAMP II was financed by the International Development Association (IDA) and the Global Agriculture and the Global Food Security Program, and covered 17 of the most food insecure districts in Tajikistan. To date, 1.4 million people living in these 17 districts have benefitted from improved irrigation services and better water management.