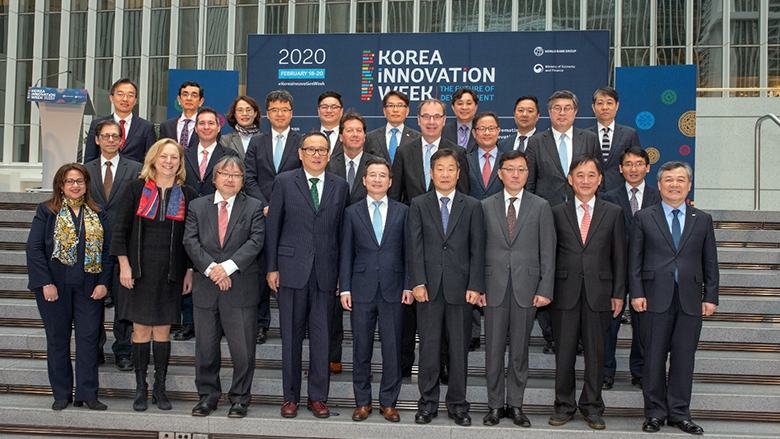 The delegation from Korea of around 140 officials led by the Yongbeom Kim, First Vice Minister of MOEF, attended the event. Officials from the Ministry of Science and ICT, Ministry of Employment and Labor, Ministry of Land, Infrastructure, and Transport (MOLIT), Ministry of Agriculture, Food and Rural Affairs (MAFRA), and Ministry of Environment (MOE) were part of the delegation.

"Korea is also an important source of knowledge and innovation. We are working together on cutting-edge development topics such as green growth, financial innovation, private sector development, and technology and innovation. The WBG Korea office serves as an anchor for our collaboration. "
Victoria Kwakwa
Vice President for East and Pacific Region, World Bank 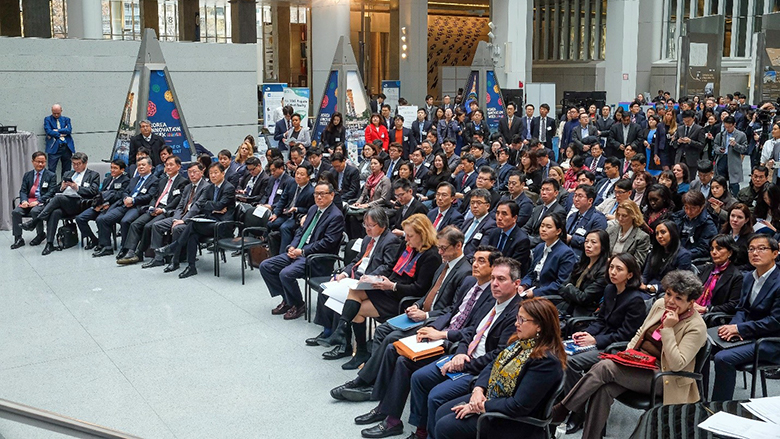 During the opening plenary session, the speakers highlighted Korea's active engagement to support developing countries and noted the importance of WBG-Korea partnership on innovation and technology.

“Korea is a country which has transformed from the poorest to the wealthy and from the labor-intensive industry to the knowledge-driven industry and inspires many countries,” said Shaolin Yang, Managing Director and Chief Administrative Officer, WBG.

In the plenary session, opening remarks were followed by a keynote speech titled “From Perspiration to Inspiration” by Shahid Yusuf, Chief Economist of the Growth Dialogue. He addressed Korea’s economic development history and approaches to building science technology and innovation capabilities.

The plenary session was followed by a series of thematic workshops and bilateral meetings that took place up to February 20. Information booths in the atrium of the main World Bank headquarter building also allowed World Bank staff members to interact with Korean partner institutions. The thematic workshops were organized around five thematic topics:

The Global Knowledge Exchange and Development Center presented the history of Korea’s economic development, “From Despair to Prosperity”.

The event was an unprecedented event that brought together WBG and Korean partners to promote innovation for development and helped lay the groundwork for strengthening cooperation between the two partners.

“Korea Innovation Week is a testament to both the importance of disruptive technologies for development and the partnership between Korea and the World Bank Group,” said Mr. Kunil Hwang, the Korea Executive Director.

“Korea is also an important source of knowledge and innovation. We are working together on cutting-edge development topics such as green growth, financial innovation, private sector development, and technology and innovation. The WBG Korea office serves as an anchor for our collaboration,” said Ms. Kwakwa.