Roads that connect more than villages in Rajasthan 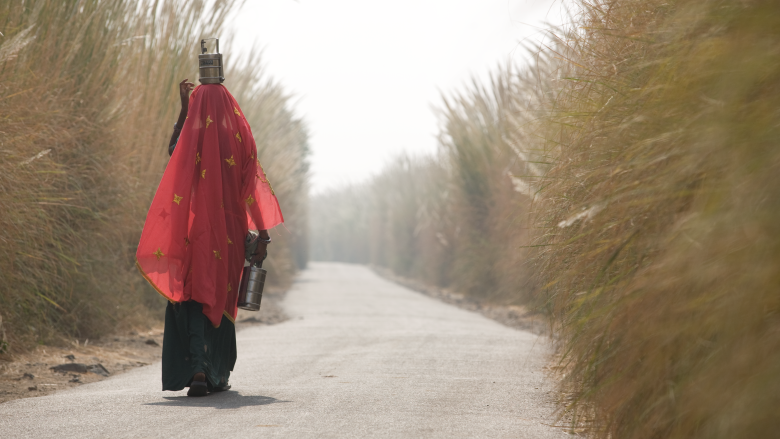 Most men in habitations around Sikar district in Rajasthan have been cattle-herders for generations. The sandy and rocky terrain in the area is not ideal for farming, so they focus instead on raising cattle and then selling the animals for profit.

Until a few years ago, negotiating the dirt road near Kalakhet village was a nightmare for cattle-herders such as Baldev Gurjar as they headed out daily to find forage for their cattle.  “Covering even short distances of three to four kilometers would take hours,” Baldev says. “We had to cross bushes and sand, and during the monsoons, the unpaved roads were clogged with rainwater as well as water from farms.”

All that changed with the construction of an all-weather road in 2013. Now, as Baldev prepares to take his cattle out in the morning, his face fills with pride as he loads the animals into his new pick-up van.

School teacher Shikha Rani in Mandha Majra village of Alwar district exemplifies how the new roads have changed lives. Rani, who holds a Master’s degree in Arts, remembers the difficulties she and others like her faced in getting an education when the unpaved road to her village would fill up with rainwater. “Girls especially did not go to school in my village,” she says of the situation eight years ago. Earlier, children had to walk several kilometers to get to the nearest school and needed an escort to accompany them for safety reasons.

Bhaguri Devi of Bhagwa village is the proud mother of two sons, both of whom go to college in Sikar and in Udaipurvati. She herself is an Aanganwadi worker and is also studying for her Class 10 exams. She remembers how, earlier, women in labour had to be carried on cots or on camel carts to the nearest hospital, often resulting in their death. Now one can call for an ambulance or a private car to transport the sick. Medicines, vaccinations and other medical help for women and children now reach the village easily. 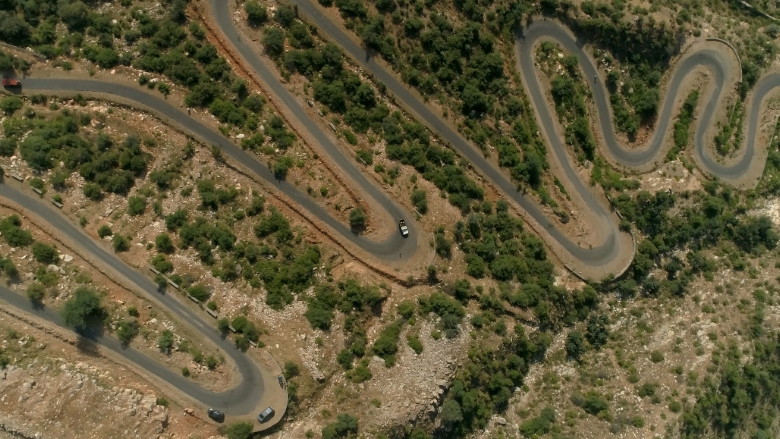 For instance, before the path for the road was chalked out, communities were consulted extensively, with community members even choosing the route of the road through a process called the ‘Transect Walk’. Women, minority communities, and others affected by the project were involved. Villagers donated the land for road construction voluntarily.

Local communities, including women’s self-help groups, also monitored the construction and maintenance of the roads with the help of specially-devised toolkits. Performance-based contracts were introduced. It has been found that when citizens monitor road construction at multiple stages, accountability is enhanced, issues are identified early on, and the quality of the road improves. 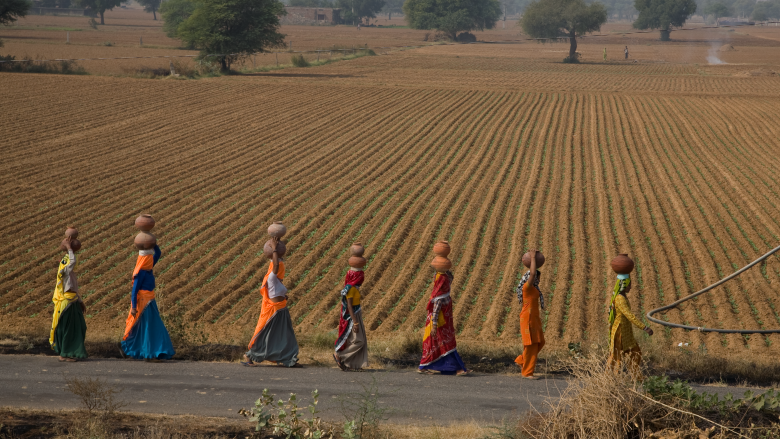 An on-line monitoring, management and accounting system made the procurement of construction materials more transparent and efficient, bringing down the time taken from up to three months earlier to between 45 and 60 days.

Budhram Gurjar owns the sole roadside tea shop – Guru Kripa Hotel – on the 15-km Sangarwa stretch.  A truck driver earlier, Budhram says he got tired of being away from home and driving across the country, from Tamil Nadu to West Bengal. He decided to come back to his village and converted his tea shop into a permanent structure in 2013. Over the last five years, he has also added four guest rooms for travellers. He says he now earns Rs 300-500 a day from his roadside tea shop, which goes up to Rs 1,500 a day on festival days when people throng to visit the Shakambhari Mata temple.

He married-off his eldest daughter two years back, explaining how difficult it was to get marriage proposals from nearby villages earlier.

In Kayasthpura village of Jhunjhunu district in Rajasthan, milkman Ram Niwas Saini has seen his sales rise ten-fold, from 20-30 litres a day to about 300 litres a day today, thanks to the newly constructed road. “Before the road was built, we had to carry supplies on our back and it would take hours to cover the smallest of distances,” he recalls. His earnings have helped him to build a large house with toilet facilities. Most people in the village now own motorcycles and some even own four-wheelers. 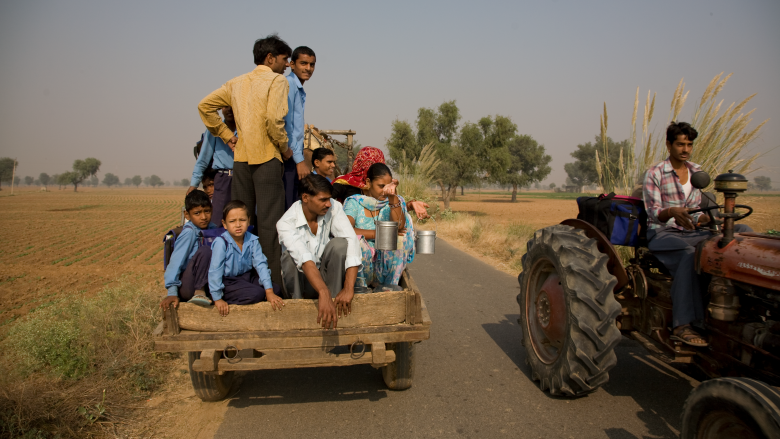 His daughter, Kanchan, studies in a college in Bagad about four kilometers away. “I go on my scooty to college,” she says, showing off her two-wheeler. “There are no restrictions from our parents as far as going out with friends is concerned.” Kanchan says she would like to study further or find a job. Her father has the same aspirations for her, and when asked if he would like to get her married, he brushes off the suggestion, saying getting a job is a priority.

All told, Rajasthan’s rural roads have not only led to better access to education, healthcare and increased options for livelihoods, villagers but also shared a sense that the roads have put their previously nondescript villages on the map.  Self-reliance and a feeling of being part of India’s development story is a narrative one hears in every house one visits in these villages today.

Since 2004, the $41-billion PMGSY program has benefited about 323,000 habitations across India by building new roads and upgrading old ones. The World Bank has supported the program with a total loan of $2.1 billion. Till 2020, 48,000 kms of roads were completed under the World Bank-financed Rural Roads Projects and opened for traffic. These roads directly benefit almost 19,000 habitations.

Connect with us
Api