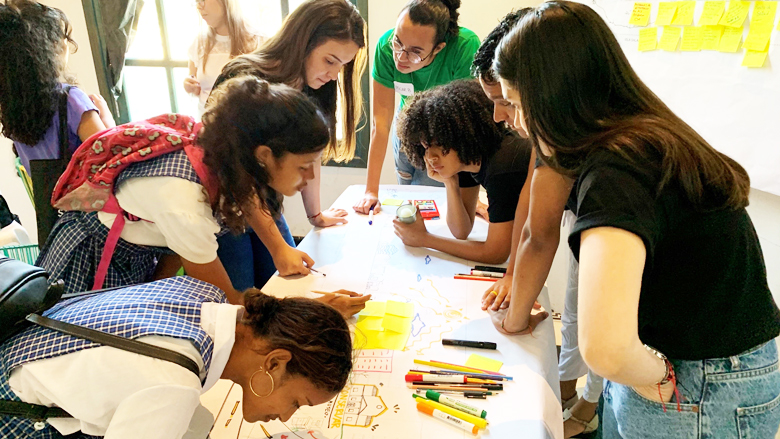 What is the Yokohama Citysketch Workshop?

The Yokohama Citysketch Workshop is a means for city planners to actively engage with local citizens and to co-create solutions to urban development issues.  Participants — who may include residents, students, business owners, urban planners, city officials and even kids — visit different city neighborhoods, to learn their characteristics and to identify areas of concern. They then convene to brainstorm ideas for how these neighborhoods could be improved, literally sketching out their ideas on paper. The goal of the workshop is for participants to turn their ideas into a shared vision for the city’s future, one that captures their collective priorities, needs, and values.

The format is based on a methodology developed in Yokohama in the 1960s, in response to the city’s growing pains during the rapid redevelopment of the post-World War II era. Yokohama has completed several successful urban regeneration projects — most notably its waterfront — while having engaged citizens in the early stages of planning. 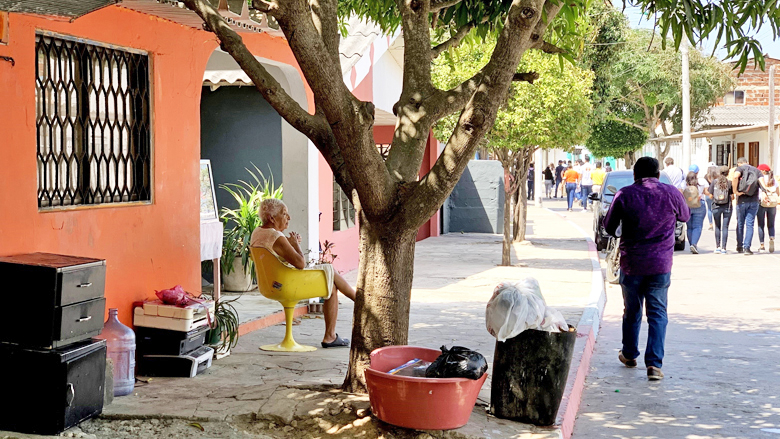 Yokohama Citysketch Workshop participants exploring Siape, a neighborhood in Barranquilla, to get a sense of the local community. Photo: World Bank Group

Through this holistic approach, major urban and social issues can be identified and planning priorities can be defined in a comprehensive and multidimensional manner. The process also empowers citizens — inclusive of age and gender — while providing city governments with an opportunity to gauge local needs and values.

Tokyo Development Learning Center (TDLC) first introduced the Yokohama Citysketch Workshop to Panama City in April 2019. Prior to this (in 2017 and 2018), representatives from Panama had participated in TDLC’s flagship knowledge acceleration program, Technical Deep Dive (TDD); on these occasions, they requested operational support for waterfront development and solid waste management (in the context of urban flooding).

The Yokohama Citysketch Workshop in Panama City was led by Florida State University’s Urban Risk Center, with guidance from experts from Japan and with the support of local architecture students. Participants visited different parts of Rio Abajo, a river basin that is home to approximately 130,000 people, and then sketched their own vision for the regeneration of this district. Proposals included the development of green spaces as multipurpose areas for creative cultural activities and dedicated bicycle and pedestrian pathways to improve access and connectivity.

TDLC organized a second Yokohama Citysketch Workshop in Barranquilla, the largest city on Columbia’s Caribbean coast and an important port, in February 2020.  Architects, experts, and researchers from Japan, alongside municipal officials, local community leaders, and architecture faculty from Barranquilla’s Universidad del Norte, played a part in facilitating the workshop. Like Panama, Columbia has an established relationship with TDLC, built on participation in past TDDs. 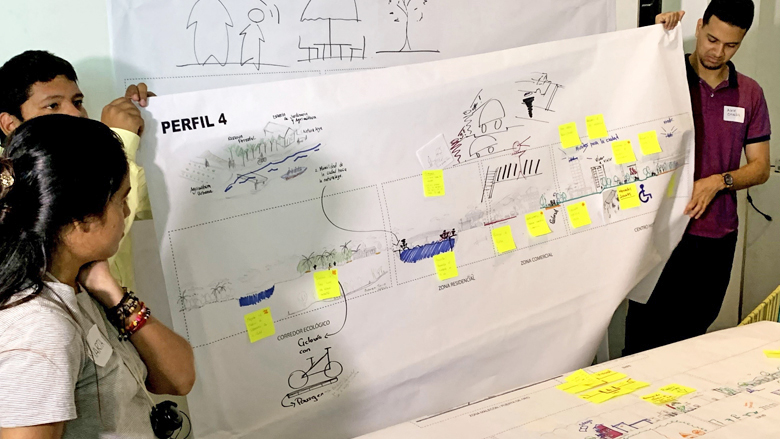 The 70 participants (including community leaders, residents, local student ambassadors, architects, real estate companies, and city officials) visited different areas of the Barranquilla waterfront. Sites included residential areas, commercial fishing areas, and an historic neighborhood. During the sketching segment of the workshop, participants worked towards a collective vision for the regeneration of Barranquilla’s industrial waterfront area — one that would reflect the desires and priorities of both private companies and residents.

"This intervention allows us the possibility to live in the city not just as citizens, but as architects by reflecting on and identifying problems, and by giving us the power to propose solutions."
Oscar B.
participant in the Yokohama Citysketch Workshop in Barranquilla

Through both workshops, TDLC helped illuminate the power of early community engagement. In feedback, participants described the workshops as a stimulating experience; meanwhile, city governments showed interest in applying this methodology to address other urban issues.