An Interview with Jeremy Lefroy: Life-Long Champion of Development 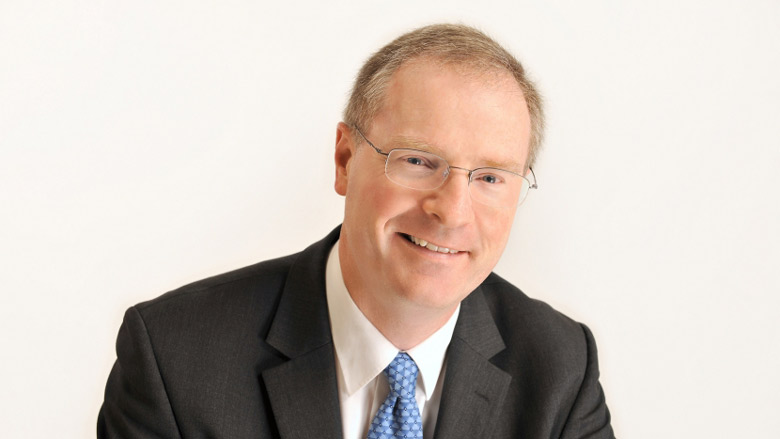 In an exclusive interview, Jeremy Lefroy shared his views on the World Bank, how the development context is evolving, and parliamentarians’ role in contributing to meaningful development results on the ground. Mr. Lefroy is a former British Member of Parliament who served as the Chair of the Parliamentary Network on the World Bank and IMF (PN) from 2013-2019. In his role as MP, he founded the All-Party Parliamentary Group on the World Bank and IMF in the House of Commons and was the Prime Minister’s Trade Envoy to Ethiopia. He strongly supported human rights, health and social services issues. Under his leadership, the PN placed a strong focus on youth unemployment, publishing a policy primer on Youth Job Creation in collaboration with Peace Child International and ensuring the issue received due attention from legislators and experts at the Network’s key events and in its publications. He is a champion of the One Last Push campaign to eradicate polio worldwide. He remains active in his commitment to youth jobs creation.

As an MP involved in development who later became Chair of the Parliamentary Network on the World Bank and IMF, what is your perception of the World Bank, its impact and relevance? Has that perception evolved as you fulfilled different roles? If so, in what ways?

Working in the private sector in Tanzania in the 1990’s during the times of Structural Adjustment Programmes, my views of the Bretton Woods institutions at that time were not favourable. However, when I became involved with the WB and IMF as a Member of Parliament, first as a member of the UK’s International Development Committee, then as Chair of the Parliamentary Network, I saw that the approach had changed radically. The focus on eliminating absolute poverty and improving the incomes of the bottom 40% was in line with what I had felt so strongly for a long time.

Ever since I first started working in Tanzania, my focuses had been on creating jobs and livelihoods, strengthening health systems and improving education both in access and quality.  When I saw directly the impact of climate change on the people of Tanzania and elsewhere, this became a fourth priority for me. I am so glad to see that these are also priorities for the WB and IMF.

In what direction do you see the World Bank (WB) going in the future? What areas of development should be prioritized and why/how?

The WB has to deal with governments, who are its formal members; however, it needs to listen to the priorities of ordinary people, not simply the elites. That is why the Parliamentary Network is so important, as its members are the representatives of their people and reflect (though sadly not always) their constituents’ priorities.

The four areas mentioned above – jobs and livelihoods, health, education and the environment/climate change - were those most frequently raised by my constituents in Stafford in the UK. I suspect that it is little different for most parliamentarians across the world. Perhaps a fifth issue could be added in more recent times – governance and the rights of citizens.

What makes the 19th replenishment (IDA19) of the International Development Association, the World Bank’s fund for the 76 poorest countries, different from previous replenishments? How is it building on IDA18’s results?

IDA19 is different because the matters it is trying to address are becoming even more urgent. Climate change and its consequences will not wait for us for act. The young people coming of age in ever increasing numbers, particularly in Africa, need jobs and livelihoods now – not in 5-10 years. Children should not have to wait until we decide to provide the resources for their schooling – the schools and colleges should be ready for them. When it comes to health, we know what the solutions are – and we know that they are affordable. We simply have to implement them. If you take malaria, for instance, there is no reason at all why 400,000 people should have to die each year from this disease. It – and many others – can and must be eliminated.

Parliamentarians need to know what IDA is (most do not) and what it does (even fewer are aware of its work). IDA is, in my view, very effective in supporting countries to tackle poverty. The money it deploys is a combination of grants from member states, repayment of previous loans and borrowing. So it is very good at leveraging the contribution of its members.

I hope that parliamentarians in all countries will speak publicly about its work. They can invite their constituents to point out areas where IDA is not working but needs to, or where its work can be improved. They can also ensure that their constituents are fully aware of the work supported by IDA which is going on in their own areas.

Parliamentarians have a crucial role to play in development. They should be the link between the people and government, and must be prepared to challenge their government even if they are from the same political party. One way to do this is to ensure that there are regular debates highlighting progress – and roadblocks – to achieving the twin goals of ending poverty and promoting share prosperity. Parliamentarians could also challenge government to say how any action helps to meet one or more of the Sustainable Development Goals.

What, in your opinion, will be the biggest development challenge of the next decade?

The biggest development challenge will be to keep countries focused on matters of global importance – climate change, shared prosperity, universal health coverage and education for all. In times of crisis, there is always a tendency to concentrate on one’s own problems.

I conclude by quoting the 17th century English writer John Donne, who puts it so well.

No man is an island entire of itself; every man

is a piece of the continent, a part of the main;

if a clod be washed away by the sea, Europe

is the less, as well as if a promontory were, as

well as any manner of thy friends or of thine

own were; any man's death diminishes me,

because I am involved in mankind.

And therefore never send to know for whom

the bell tolls; it tolls for thee.