Food Security in Chad: the Successful Involvement of Refugees and Host Communities in Horticulture 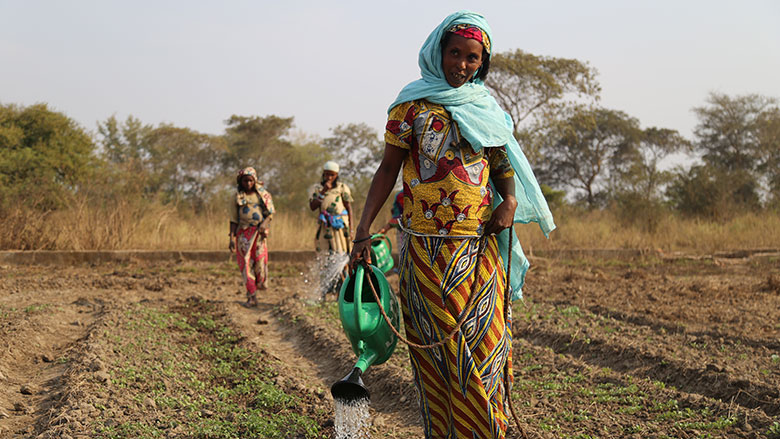 N’DJAMENA, December 17, 2019 – For some time now, the northern entrance of the town of Goré has been adorned by verdant plains—cabbage, carrots, cassava, okra, and other vegetables are grown on vast market garden plots. Here, in the southernmost part of the country, near the border with the Central African Republic, refugees and returnees share the land with their host communities in order to make the most of the fruit and vegetable seeds provided to them.

When Malopi Decladore looks at the sturdy stalks of his eggplant and cassava plants, he finds his horticultural talent hard to believe. For him and for the roughly 70,000 residents of the refugee camps in Goré region who fled the crisis in the Central African Republic, getting enough to eat is an ongoing concern. Emma Koningar, coordinator of the agriculture component of the Emergency Food and Livestock Crisis Response Project (PURCAE) explained that “our biggest challenge has been to convince the refugees and returnees, the majority of whom were initially traders, to grow and produce their own food so that they will not always depend on food aid.”

After a few hours of training, Malopi, who proved to be a quick study, said: “market gardening is simpler than agriculture and requires less space. This solution has offered us the dual advantage of solving the land shortage problem we faced and providing better yields than would be obtained from large-scale farming.” 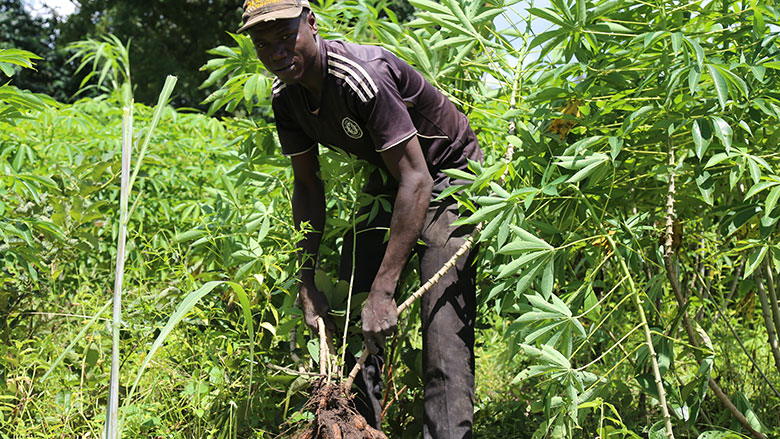 For this refugee and for the roughly 70,000 residents of the refugee camps in Goré region who fled the crisis in the Central African Republic, getting enough to eat is an ongoing concern. Copyright: Edmond Dingamhoudou, World Bank

For this refugee and for the roughly 70,000 residents of the refugee camps in Goré region who fled the crisis in the Central African Republic, getting enough to eat is an ongoing concern. Copyright: Edmond Dingamhoudou, World Bank

This success has prompted more and more local farmers to also get around the problem of access to large land plots by focusing on horticulture, which is less vulnerable to floods and droughts. And the figures are proving them right.  With the 16 metric tons of fruit and vegetable seeds and 53,650 agricultural tools supplied by the project, 29,664 metric tons of fruits and vegetables have been produced.

Persons familiar with the rural regions of Chad know that food is hard to find during the lean period and that it generally impacts a large number of families between June and September. The depletion of their reserves results in food shortages, particularly for children.

Molengar Ngoundo, a consultant for the Food and Agriculture Organization (FAO) of the United Nations, stressed that “in the past, people had virtually nothing to eat between July and August.  Now their garden plots are not only providing them with food year-round but also with money from the sale of their produce.”

In this region in particular, which has become fragile owing to the massive influx of refugees in recent years, Ngoundo Molengar point out that “the great benefit of this project has been its transition from a humanitarian approach during its first phase to one focused on improving resilience and strengthening development through its additional financing.”

Feeling the difference, Eveline Goïdjé, a resident of the host community, said: “there is no longer a rush in Goré to stock up on grain during the lean period. We have an abundant supply of market garden produce year-round at affordable prices.”

Apollinaire Nadji, a cotton grower in Goré, agrees, noting that “recently, we have been spared the lean period. The market garden groups working in the plains surrounding the town have kept the market regularly supplied with tomatoes, cabbage, and maize. Everything is available except the money to buy this produce.”

However, prices have also dropped as market stalls are filled, keeping pace with the supply of these new crops. Germaine Memadji, who has worked as a coordinator at the FAO office in Goré for three years, said that “because of the availability of these fruit and vegetable seeds, the prices of certain food items, which were high during the lean period, are now tumbling. The price of a sack of sorghum was usually between CFAF 14,500 and CFAF 15,000 (roughly $25).  With the current competition from market garden produce, the price is now CFAF 9,000 (approximately $15).

Implemented by the Chadian Government with $16 million in financing from the International Development Association (IDA), the World Bank institution that helps the poorest countries in the world, PURCAE is also receiving technical assistance from the FAO, the United Nations Children’s Fund (UNICEF), and the International Organization for Migration (IOM). A total of 78,221 local households, refugees, and returnees (approximately 469,326 persons) have benefited from this project.

François Nankobogo, World Bank Country Manager for Chad, noted that “overall, the results of this project have been very encouraging but are still tenuous. For this reason, we are now financing an additional project ($60 million)—the Refugees and Host Communities Support Project (PARCA). Its implementation is just beginning and it is expected to facilitate strengthening of the gains made while expanding access to basic social services.” 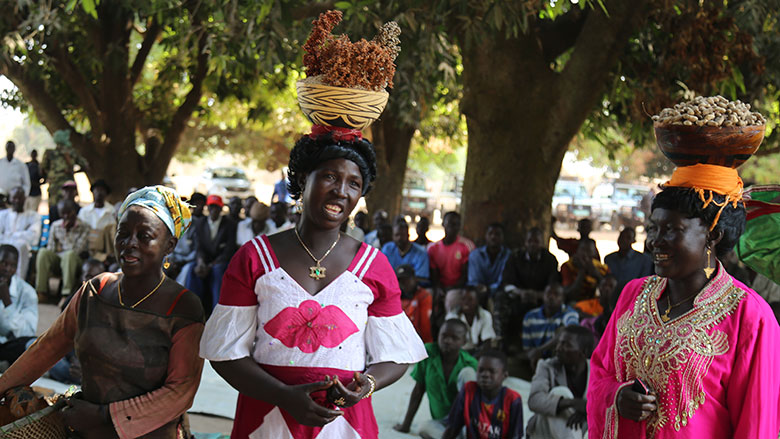 “In the past, people had virtually nothing to eat between July and August. Now their garden plots are not only providing them with food year-round but also with money from the sale of their produce”, said Molengar Ngoundo, a consultant for the Food and Agriculture Organization (FAO) of the United Nations. Photo: Edmond Dingamhoudou, World Bank