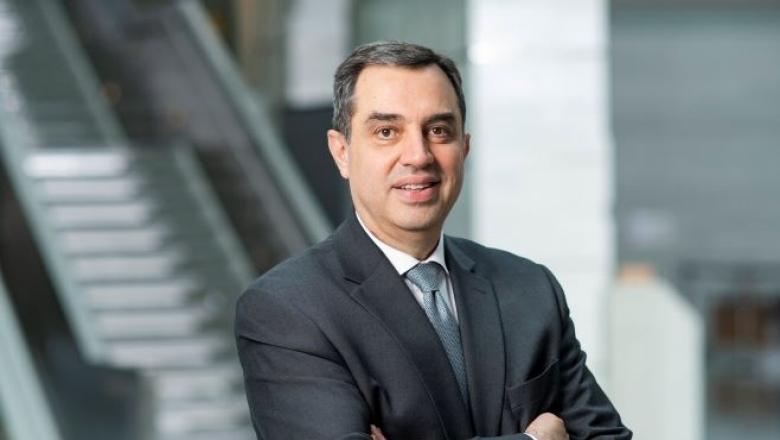 Fakhoury comes most recently from the IFC, where he held the position of Senior Adviser for Private Sector Solutions. There, he worked to strengthen efforts to mobilize finance for development through leveraging private sector solutions, creating markets, and reducing public debt.

At IPG, his priorities include enhancing the group’s integrated service offerings, coordination and impact, generating new efficiencies and opportunities for the Global Infrastructure Facility, PPIAF, and the QII Partnership and serving as the focal point for efforts across the World Bank Group to mobilize more sustainable private solutions and public-private partnerships (PPPs) to address development challenges.

“We have the team, analytics, and tools to be a global center of excellence driving more—and more sustainable—infrastructure finance in the developing world,” said Fakhoury. “When 840 million people live more than two kilometers from all-weather roads, 1 billion people still lack electricity, and 4 billion people lack Internet access—we’re far behind in ensuring universal access to basic services. We all need to increase our efforts and collaboration to make significant progress here.”

Before joining the World Bank Group, Fakhoury served in successive Jordanian governments as Minister of Planning and International Cooperation, Minister of Public Sector Development, and Minister of State for Mega-projects. He was also a senator in the Jordanian Parliament and Chief of Staff/Director of Office of His Majesty King Abdullah II.

In his capacity as Minister of Planning and International Cooperation, Fakhoury led pioneering work to launch Jordan 2025, resilience-based Jordan Response Plans to the Syria refugee crisis, and the Jordan Compact. He also served as Governor of Jordan at the World Bank Group, the European Bank for Reconstruction and Development, the Islamic Development Bank Group, the Asia Infrastructure Investment Bank, and the Arab Fund for Economic and Social Development. He was Chairman of the World Bank and IMF annual meetings in 2017 and Chairman of the Board of Governors for EBRD in 2017 and 2018 respectively.

In his ministerial capacities, Fakhoury chaired several ministerial committees including the Economic Development Cabinet Committee, the Ministerial Committee on Decentralization, the Public Sector Development Committee and the Infrastructure and Mega-projects Committee. He was also a leading member of the PPP Ministerial Committee. Fakhoury chaired the Civil Service Council, the National Training Institute, and the Department of Statistics of Jordan. He was a leading member of the Jordan Investment Commission ministerial board, and the Deputy Chairperson of the Jordan Investment Fund.

Fakhoury was one of the key architects of the Aqaba Special Economic Zone as Deputy Chief Commissioner, Commissioner for Investment and Economic Development, and Chairman/CEO of the Aqaba Development Corporation. He also served as His Majesty’s Chief of Staff for Planning and Programming, Regional Program and Policy Manager for Arab States at UNDP in New York, as well as Advisor and Director of Research and Economic Affairs for the Peace Process at the Jordanian Ministry of Foreign Affairs. He was a co-founder and board member for several national strategic infrastructure PPP companies, public organizations and councils—locally and internationally.

Fakhoury has a bachelor's degree in biomedical engineering, a master's degree in engineering management from Case Western Reserve University, a master’s in public policy from the Kennedy School of Government at Harvard University, and an executive MBA from Kellogg Business School at Northwestern University. He is the recipient of the Al Hussein Medal by His Majesty King Abdullah II in recognition of his dedicated efforts towards economic development and investment attraction, the Grand Croix De L’Ordre De La Couronne by His Majesty the King of Belgians, and the Medal of Honor of the Commander Rank (Stella d’Italia) by H.E. Italian President Sergio Mattarella.