One in eleven primary-school aged children are out of school worldwide. In 2018, 1.7 million people were newly infected with HIV. One-third of all women in the world have experienced violence in their lives. Amid these and a myriad of other global challenges, how can the development community scale up and accelerate shifts in social norms and behavior at scale? The answer may lie with greater use of mass entertainment media.

Indeed, billions are spent each year by governments and development institutions to change social norms and behaviors. Yet, systematic reviews show the traditional approaches used are not effective in promoting behavior change nor have the reach and scale compared mass entertainment media.

Using mass entertainment media for changing social norms and behavior is usually referred to as “edu-tainment”, short for entertainment-education. The media used to engage at scale includes but is not limited to television, movies, radio, social media and videogames.

Since people are biologically wired to remember and relate to experiential stories – much more than abstract concepts – impact evaluations are showing they have high efficacy in shifting social norms and behaviors compared with less emotive and relatable content.

Despite this evidence and its potential to accelerate and scale influence on billions, use of mass entertainment has remained limited. But why?

The World Bank’s Narrating Behavior Change program of the Development Impact Evaluation department (DIME-NBC) is measuring the effectiveness of these approaches through randomized control trials in the Hollywoods, Bollywoods and Nollywoods of the world.

For example, in India, it is testing the use of short documentaries delivered through social media aimed at reducing violence against women.

Victor Orozco, lead of the DIME-NBC program and Principal Investigator of the Shuga study with Eliana La Ferrara and Abhijit Banerjee (this year’s Nobel Laureate in Economics) find evidence that the high impact of these pilots were greatest for viewers who were most fully immersed and identified most with the characters. Traditional formats such as flyers, billboards and manuals are unlikely to trigger these narrative mediators.

At a recent debate on October 29, WB senior management and mass media producers – working in India (ITVS) and Nigeria (the foundations of MTV and Discovery) - concluded three things: (1) Existing evidence through DIME’s impact evaluations clearly shows the cost effectiveness and scalability of the approach, (2) More impact evaluations by DIME underway will offer development leaders with a menu of choices, (3) Systematic use of entertainment media in Bank projects will require strong partnerships with edu-tainment experts, since producing edu-tainment is not the Bank’s comparative advantage.

At the debate, the Bank team consisted of Caren Grown (Senior Director-Gender CCSA), Muhammad Ali Pate (Global Director for Health, Nutrition and Population and Director of the Global Financing Facility for Women, Children and Adolescents), Jeremy Hillman (Director-Corporate Communications) and Victor Orozco (Economist-DIME). They added that the digital revolution is democratizing the content of entertainment. However, while working with social media and other online platforms presents a unique opportunity for reaching and adapting campaigns for billions of online users; the Bank needs to be careful who to partner with as data and privacy protections are usually thin, even in developed countries.

The visiting team offered suggestions to scale up this work in developing countries, including: (1) Overcoming obstacles such as cultural accountability and distribution barriers, citing multiple examples of past success across different countries and content formats, (2)  Awards ceremonies (such as a Development Oscars) could bridge the gap between development and the world’s Hollywoods, as a way to bring more talent and to create momentum for a global partnership. The prospects of winning an Oscar helps produce edu-tainment movies and documentaries that are not expected to be financially profitable. Aric Noboa, Executive Director of Impact(Ed), formerly Discovery Learning Alliance, argued that this communication approach should not be considered just a “cool thing” but rather central to the SDG toolkit, as reaching billions of individuals on a daily basis is something that only entertainment media can do. He made a call to action proposing that 1 percent of development investments be dedicated to edutainment interventions. While a more realistic goal may be 1 percent of behavior change investments, meeting the SDGs will probably require a more ambitious goal. 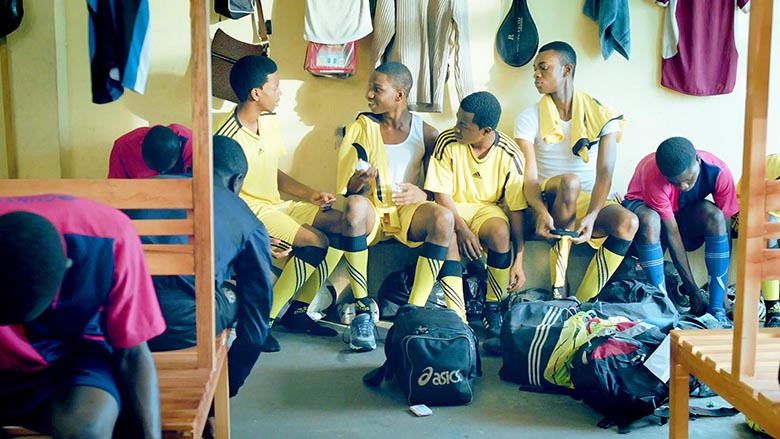 Should We Use Entertainment Media to Shape Norms and Behaviors at Scale?

Is engagement in behavior change through partnerships with entertainment media a cost-effective way to improve attitudes and behaviors at scale? What are the ethical concerns of changing cultures and norms? What contributions can we make to the Sustainable Development Goals 2030 (SDG) targets?
Api