When a hurricane strikes, diseases know no borders 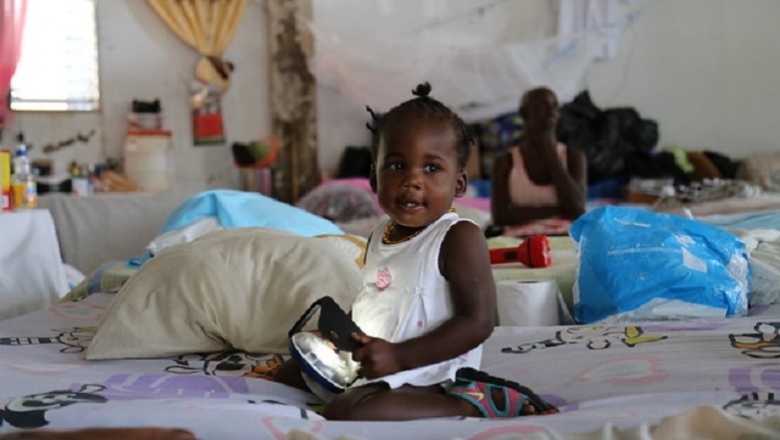 It is critical to enhance the public health emergency preparedness of the Caribbean, a region that is vulnerable to natural disasters and disease outbreaks.

Hurricanes conjure up images of strong high-speed winds, non-stop torrential rain and intense flooding that can cause immediate destruction.

There is, however, a silent threat that lurks behind these natural hazards: the risk of disease transmission — made all the worse when the storm hits health services hard.

Hurricanes can increase exposure to infectious diseases due to the flooded areas they leave in their wake, and in which mosquitoes like to breed. Climate change is expected to lead to rising temperatures, changes in rainfall patterns, and an amplification of extreme weather events with implications for increasing the incidence of water-borne and vector-borne diseases. On top of this, severe weather events may result in damage to health facilities, making it harder to care for people in need and to manage the increased flow of patients.

Neither disease outbreaks nor natural disasters respect country borders, and the Caribbean, with its many islands, is especially vulnerable to both.

In 2014, after the passage of tropical storms Bertha and Cristóbal, the Dominican Republic suffered one of the worst Chikungunya fever outbreaks in the Caribbean, affecting over 6 million Dominicans of the 10 million population. One in four infected people missed work, causing economic losses equivalent to 0.2% of GDP.

Two years later, the Zika outbreak across Latin America and the Caribbean exposed gaps in public health preparedness and response that had not been adequately addressed following the 2014 Chikungunya outbreak.

Diseases like Zika and Chikungunya are mosquito-transmitted, and can easily be spread across islands by infected persons. Symptoms for both conditions include high fever, joint pain, headache, muscle pain, and rash; and Zika can cause certain birth defects during pregnancy.

These recent events underscore the need for strengthening health systems’ capacity to detect and respond to disease outbreaks. This is especially critical in the aftermath of natural disasters, as the risks of disease increase together with a rise in the demand for health services at a time when health facilities may be damaged. Following Hurricane Maria in 2017, the island of Dominica reported a 40% increase in persons seeking medical care. Meanwhile, according to recent assessments by the Pan American Health Organization, nearly seven out of ten hospitals in Latin America and the Caribbean are in areas vulnerable to natural disasters.

Natural disasters and infectious diseases, such as Zika, pose a greater risk to women. Life-threatening complications for women include lack of access to obstetric care, vulnerability to gender based sexual violence, exploitation and HIV infection.

Dominica, Grenada, Saint Lucia, and Saint Vincent and the Grenadines, members of the Organisation of Eastern Caribbean States (OECS), are taking concrete actions to be better prepared for a public health emergency. To this end, the World Bank is working with these four OECS member countries on the OECS Regional Health project to support preparedness activities for public health emergencies, such as working to sharpen disease surveillance tools, support upgrades to health facilities so that they may withstand extreme weather, and develop new and improved emergency operation centers, among others.

The cross-boundary nature of public health emergencies calls for stronger inter-country collaboration. This initiative will work on building resilience and mitigate transmission of disease outbreaks across borders and avoid heath service interruptions in the aftermath of an extreme weather event. The project will help strengthen national and regional disease surveillance systems to detect and respond to infectious diseases more rapidly, develop a regional emergency coordinating mechanism, and work to ensure continuity of care following a public health emergency.

“While certain hazards such as natural disasters may not be entirely avoidable, countries can take concrete actions to mitigate their impact. This project adopts a regional approach to improving preparedness capacities, which is crucial in the context of public health emergencies, particularly in the Caribbean,” says Neesha Harnam, health specialist at the World Bank

The Caribbean Public Health Agency (CARPHA), which coordinates regional public health surveillance and provides support to countries in surveillance and disease control, together with the OECS Commission, will coordinate regional activities including developing well-coordinated preparedness plans and strategies, conducting an emergency and critical care facilities inventory, improving laboratory capacity, smoother transportation of laboratory specimens to allow for faster detection of disease, and harmonization and updating of clinical protocols for infectious disease surveillance.

The project will also support staff training and implementation of coordinated actions to respond to reproductive health needs at the onset of a crisis.