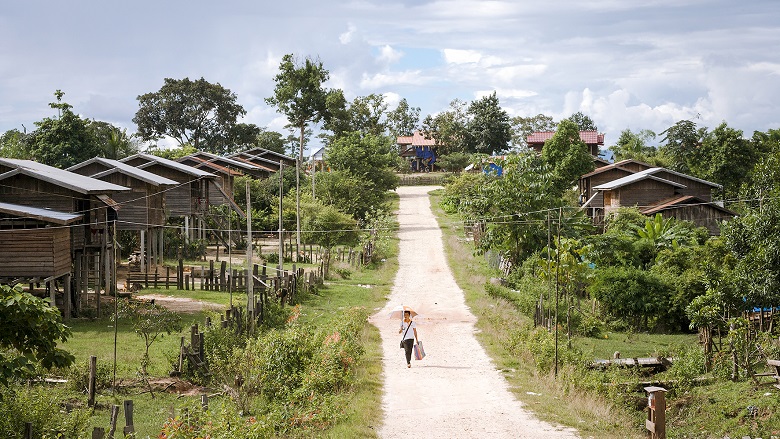 Working to develop sustainable livelihoods in 17 villages that were relocated for the Nam Theun 2 (NT2) hydropower project has been a challenging mission for Mr. Thonekeo Chanthavong in his role as Nakai District Vice Governor. Thonekeo is responsible for economic development of the district, as well as leading coordination of the resettlement management of the NT2 project.

Thonekeo has lived in Nakai since it became an independent district in 1993 and was involved in resettlement management since early in his career, beginning in 1996 when he was a Technical Officer collecting information from village consultations in preparation for resettlement.  Since the start of the physical relocation in the early 2000s, he has been working on the project’s livelihood development programs – village forestry, fisheries, agriculture and livestock, and off-farm activities (such as tourism and handicrafts), to support people to adapt to their new environment.

Over ten years after the relocation of villages, Thonekeo has seen significant social improvement in the villagers’ welfare. Construction of village infrastructure, like water pumps and schools, and district facilities like paved roads and health centers, has helped people gain better access to markets, education, and healthcare. As a result, rates of school enrollment and adult literacy have expanded, giving villagers better income-earning potential. As of 2013, Nakai is no longer among the poorest districts in the province.

"My dream is to see young villagers educated, with stable jobs to earn a living and help their families." 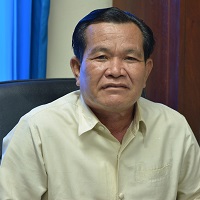 Despite efforts to continue developing livelihoods of the resettled communities, many challenges remain, particularly how to ensure that these gains are sustainable. Though it’s been over a decade since the resettlement, some households still struggle to adapt. Thonekeo sees access to agricultural land as a continuing challenge. “The insufficiency of land is a concern for the communities, because the number of people per family is increasing but their land size remains the same,” Thonekeo says. The project has supported villagers to try new agricultural techniques and a new project financed by Agence Française de Dévéloppement is continuing to support their adaptation.

Village forestry has posed another challenge for livelihood development. Initially, commercial logging at designated areas was intended to generate shared income for villagers. However, with this not proving fruitful, the community has taken a new approach, with each village developing their own plan about how to manage their surrounding forest area for conservation, non-timber forest products, and limited agricultural use.

Fisheries has been one of the more successful livelihood pillars for many villagers. With road access to the district and provincial capitals, community members have been able to establish a fish market and are also creating signature fish products. Off-farm livelihoods are beginning to take off for some villagers, and show potential for the future, particularly in the areas of handicrafts and tourism development.

Continuing to improve livelihoods for the resettled is an ongoing undertaking for Thonekeo. After over 20 years working with these communities, it has truly become a passion. “My dream is to see young villagers educated, with stable jobs to earn a living and help their families,” he says.