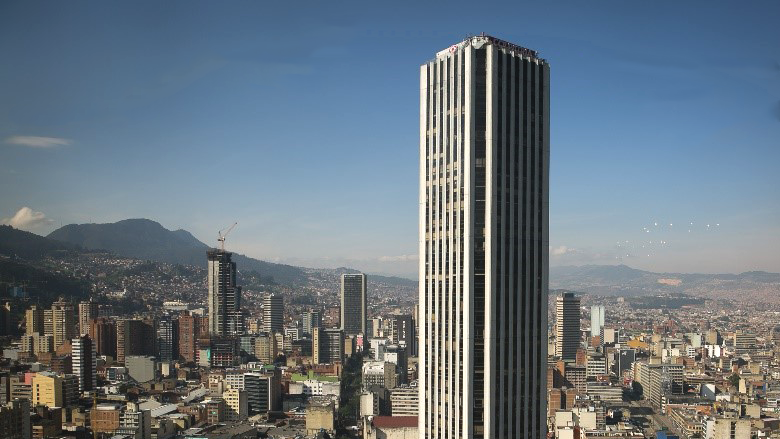 When Mr. César Arias moved back to Colombia, after living for 17 years in the USA, he was full of energy for his new job, although a bit apprehensive about the move itself. Bogotá, his new destination, had the highest housing prices in Colombia, and he wasn’t sure whether he could get the long-term mortgage loan to keep his monthly payments affordable.

“Five years ago, the longest term you could have for a mortgage was 10 years, and interest rates were at double digits. But I was positively surprised when I went to the bank a couple of months ago and could secure a 20-year, fixed-rate loan at single-digit rates to buy an apartment,” he said. “This would not have been possible before the macro-economic and financial reforms implemented after the financial crisis of the late 1990s.”

Mr. César Arias’ new job is serving the Colombian public as the Director of Public Credit and National Treasury at the Ministry of Finance. After a 17-year career in the global financial markets, he is proud to be a civil servant, responsible for issuing and managing Colombia’s government debt.

Mr. Arias will pursue three objectives during his tenure at the Ministry of Finance: fund the country´s borrowing needs at the lowest rates and longest tenors possible; mitigate fiscal risks stemming from oil price fluctuations, climate change and contingent liabilities; and contribute to the development of domestic capital markets. In this capacity, he will also be able to affect the cost of long-term financing to corporates and households, since the rates on longer-term loans, such as the 20-year mortgages, follow the yields on long-term government bonds in the domestic market.

It has been a long way since late 1999 when 49 percent of the government debt was denominated in pesos, of which 29 percent was raised in competitive auctions. Nowadays, local currency debt is about 68 percent, of which 83 percent is funded through weekly auctions.  Over the last 20 years, Colombia has developed a deep, liquid and efficient domestic public debt market that accounts for 32 percent of GDP, comparable to other emerging markets such as India, Mexico and Thailand. However, there still is room for improvement, especially for the domestic market to keep up with the changes in demand and the growing interest from international investors.

In most countries, Colombia among them, a group of financial firms — referred to as the primary dealers (PDs) — act as intermediaries to distribute the government securities to the end investors. PDs buy the government securities in auctions to which they have exclusive access, in what is called the “primary market,” and then sell them in the “secondary market.” Healthy competition in the primary market drives active bidding in the auctions resulting in a low cost of funding for the government. The PDs also need to make a market for other participants, including other PDs, wanting to buy or sell government securities at any point in time. The easier it is for any participant to enter or exit the market, the more attractive the market becomes, generating a virtuous circle of liquidity and depth, leading to lower interest rates for the government. Eventually, as interest rates in the financial markets follow suit, the process results in lower interest rates for banks, corporates and households.

“The PD system in Colombia has greatly contributed to the development of the domestic debt market in the past when the market was still emerging. Now that the market is more established and there is a natural demand from foreign and institutional investors, such as pension funds, the rules governing the system must be adapted to the new reality,” said Antonio Velandia, Lead Financial Officer, World Bank Treasury.

The government, a long-term partner of the Government Debt and Risk Management (GDRM) Program, a World Bank Treasury initiative sponsored by the Swiss State Secretariat for Economic Affairs (SECO), tapped into the GDRM expertise on modernizing the agreement that governs the role of the PDs.

The costs of being a PD in Colombia could be roughly $1.5-2 million per year. It mainly stems from obligations of underwriting a large portion of the auctions (4.85 percent) and actively trading in the electronic trading platforms (ETPs). These costs are offset by the privilege of acquiring greenshoe options[1] and fees earned for intermediation.

Benchmarking indicated that the Colombian greenshoe option was most generous than international standards, both as to the amount (i.e., 100 percent of the primary auction vs. 40 - 30 percent in other countries) and option period (12 days vs. one or two days). As the value of the option increases with the time for exercising it, PDs bid aggressively in the first round to increase the potential benefits of the greenshoe in case prices increased over the next 12 days.

The high value of the greenshoe option led to prices in the primary market to exceed those in the secondary market. Also, there was sizable interdealer trading in the ETPs, not necessarily reflecting actual demand for government securities. The arrangement became somewhat procyclical for market participants, and PDs gained significant returns in a bull market but were exposed to losses in bear markets.

With the assistance of the GDRM program, the authorities rebalanced the system reducing the burden of the obligations, in particular, the pressure to trade on the ETPs but also reducing the very generous greenshoe.

"The key to the success of these reforms was to have an open dialogue with the market participants based on technical arguments. We incorporated some of the feedback and benchmarked them versus international best practices to modernize our market to the best possible standards in the international arena. "
César Arias
Director, Public Credit and National Treasury at Ministry of Finance of Colombia

As of December 2018, the General Directorate of Public Credit and National Treasury of Colombia issued secondary legislation for boosting the PD system efficiency:

Civil servants, including Arias, continue to improve the debt management system and adapt it to ever-changing global economic conditions so that they can guide the long-term interest rates for the rest of the borrowing in the country for the benefit of all the citizens.

[1] A greenshoe option gives the dealer the right to buy the bonds for a pre-defined period after the auction at the same price of the auction. In Colombia’s case, this period was 12 days after the first auction, thereby offering the potential for significant gains if security prices increased in the interim.

[2] The elimination of the distinction between incumbent PDs and candidates had the goal of leveling the playing field for market makers, align incentives and mitigate reputational risks.