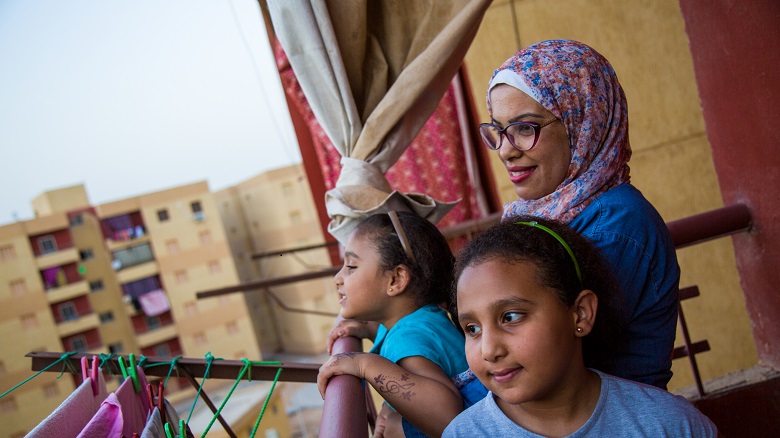 To date, the program benefited 241,517 families. As of January 2019, 66% of the beneficiaries fall under the average poverty line in Egypt; 98% fall below the average monthly income level per household in Egypt; 63% fall below the minimum wage level; and 84% of the project’s beneficiaries fall under the median Egyptian wage level, thus catering to the bottom 40% of the Egyptian population.

“I got a divorce 4 years ago, but even when I was still married my then husband and I applied to housing programs in efforts to own our own home, but were never selected,” said Azza, a 36-year- old divorcee and a mother of two girls. ‘’Being the owner of your home gives you stability and spares you the anxiety of knowing that the landlord can at any given moment raise the rent or ask us to leave the apartment altogether.’’

For years numerous challenges prevented Egypt’s housing sector from fulfilling the country’s growing need for affordable housing. The sector’s programs and policies designed for low income families like Azza’s were often uncoordinated and were implemented by multiple, unaligned entities.

Housing subsidy programs did not fulfill their goal of providing the needed number of formal housing units and they were not cost efficient for the government. Most houses provided by subsidized programs were located far away from job opportunities, utilities and infrastructure. Also, outdated housing rental regulations resulted in a large number of houses left vacant or unfinished by the owners, with an estimated three million units vacant in urban areas alone. These factors led to an enormous shortage in the availability of low-income housing. This shortage reached 3 million units in 2014. To address this gap, Egypt was required to deliver 300,000 new housing units per year when the actual formal housing production did not exceed 200,000 units per year. As a result, an estimated 12 to 20 million Egyptians lived in homes which they did not officially own.

In 2014, Egypt launched the ‘’Social Housing Program’’, which aimed at providing 1 million houses to low income citizens. The Social Housing and Mortgage Finance Fund is the program’s implementing entity which was created by the government to plan and supervise the implementation of social housing projects, secure suitable residences for low income citizens and manage the land used in low and middle-income housing projects. The Fund is also responsible for reforming the policies which stop the housing sector from attracting investments, as well as streamlining all the efforts aiming at enabling the sector to fulfill its potential.

"owning my own apartment gives me sense of security and stability. I am finally paying money for the sake of securing an asset for my two girls. "
Azza
a divorcee and a mother of two girls 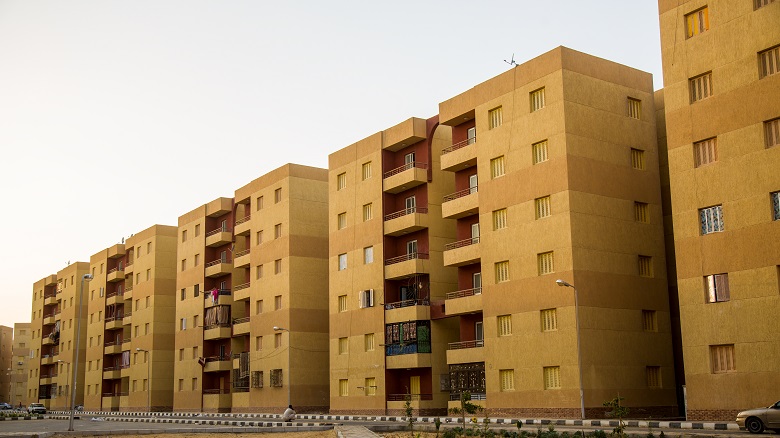 The World Bank’s US $500 million ‘’Inclusive Housing Finance Program’’ was launched in 2015 to increase the Fund’s efficiency through strengthening its skills, abilities, processes and resources. The program objectives are to improve the affordability of formal housing for low-income households in Egypt and to strengthen the capacity of the Social Housing and Mortgage Finance Fund to design policies and coordinate programs in the social housing sector.

In addition, the program aims at increasing the effectiveness of the government’s social housing program, providing low income citizens with more and better located home ownership and rental opportunities through cost-efficient subsidy programs and enhanced utilization of vacant and unfinished units.

To date, the program benefited 241,517 families. As of January 2019, 66% of the beneficiaries fall under the average poverty line in Egypt; 98% fall below the average monthly income level per household in Egypt; 63% fall below the minimum wage level; and 84% of the project’s beneficiaries fall under the median Egyptian wage level, thus catering to the bottom 40% of the Egyptian population. These figures demonstrate the importance of the project’s contribution to Egypt’s social safety net, especially at a time when inflation is on the rise.

In addition to catering to the country’s poorest, the project also prioritizes women and youth. Of the total number of households in the project, 48,019 were provided to women-headed households. Women represent almost 20 percent of beneficiaries, which is an achievement in a country and region where asset ownership by men is the cultural norm. The program also largely caters to youth, with 72% of beneficiaries under the age of 40. Moreover, the program conducted an inventory of the unutilized vacant houses in Egypt, which allowed 91,514 previously deserted housing units to become homes to families who were seeking to officially own or rent their houses.

"The program facilitated the option of instalments, which was never an option with brokers. Also buying an apartment directly from its owner always required a monetary amount that I could not afford," said Azza about one of the key benefits of the program. "My new apartment is located near my job, which spares me extensive commuting times,’’ she added. “More importantly, owning my own apartment gives me sense of security and stability. I am finally paying money for the sake of securing an asset for my two girls. ‘’