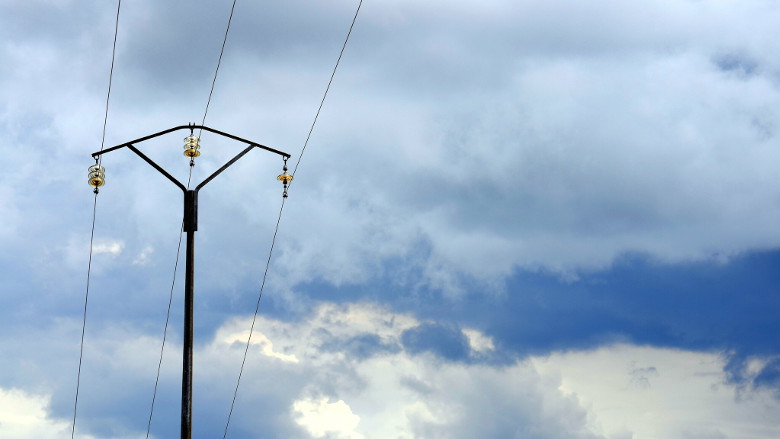 KIGALI, July 1, 2019 – When Mbonimana Jean Pierre heard that Bweyeye, his home village in the western Province’s Rusisizi District, was connected to electricity, he immediately returned home from Kigali to start his own business.

“The moment I heard Bweyeye got connected to electricity, I knew I would be able to set up a lucrative welding business with little competition and at a minimal cost,” said the proud father of four, who had moved to the capital city to look for employment.

He was right. Today, the village that had ceased all activities by nightfall has become a bustling trading center with shops and bars operating till late in the night, and Pierre’s welding business is thriving. On average, he makes more than 150.000 RwFr per month (around $165), far way more than he used to earn in the city, but more importantly, he is with his family.

Rwanda’s power sector has grown rapidly over the past decade, with electricity now accessible to more than half of Rwandans in their homes, up from 10% in 2009, according to the new World Bank Rwanda Economic Update, Lighting Rwanda. Outages have become shorter and less frequent, the result of large investments in the sector, the report says.

While Rwanda is on track for increasing access to electricity, the report notes that the cost of electricity supply is among the highest in the region and remains a constraint for the country’s economic and industrial development.

“Rwanda has become a front-runner in the effort to provide affordable, reliable and sustainable electricity to all citizens in Africa,” said Yasser El Gammal, World Bank Country Manager for Rwanda. “The challenge over the next five years will be ensure that the electrification program remains affordable to the government.”

The Rwandan government recognizes the essential role of electricity access in accelerating economic development, as well as improving health outcomes and standards of living for citizens. The National Strategy for Transformation aims to provide universal access to reliable electricity by 2024.

To that end, the report points out that the government has implemented several reforms transforming the electricity company into a commercially-operated, state-owned enterprise, and the private sector has emerged as a strategic investment partner.

“Rwanda has successfully attracted a number of private companies to invest in the electricity sector, especially in power generation and off-grid electrification,” said Joern Huenteler, World Bank Energy Specialist. “The report lays out policy recommendations that would help the government get the most ‘value-for-money’ from private investment to achieve the sector’s objectives.”

For Rwanda to be able to reap and deepen the benefits of this reform program over the coming decade, and realize its vision for the power sector to become an engine of growth, the report proposes the following priority measures: