How countries are using better data to increase trade 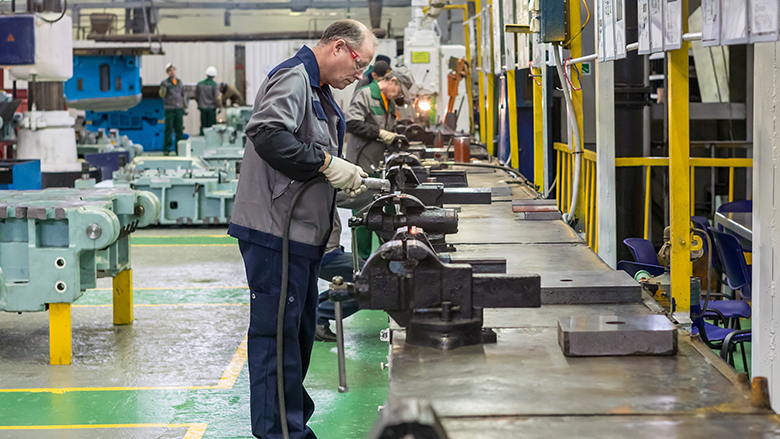 June 27, 2019 - Rich countries may be retreating from trade liberalization, but developing countries are doing the opposite. Increasingly, they are using trade deals to increase growth, create jobs and integrate into global value chains.

Behind the trend is a better understanding of the role of trade as a driver of development—the result of a revolution in evidence on trade’s benefits, particularly through better trade data.

Trade data is voluminous and complex. Current trade databases cover over 5,000 products representing over 1 billion rows of data. Meanwhile the number of trade agreements has quintupled over the past 30 years.

Countries need up-to-date information on global trade to evaluate the potential impact of changing their trade policies, adhering to new trade agreements, and engaging in public debates on the trade-offs involved in trade. However, interpreting this volume of data requires large computing capacity and expert analysis.

Many developing countries do not have the tools necessary to make informed policy decisions aimed at improving their integration in the global economy. In the past, developing countries have expressed concern during trade negotiations with richer trading partners that they didn’t have the same access to trade-related information that developed countries had. Free and open source data has changed the equation.

Take, for example, the Deep Trade Agreements (DTA) database, which the World Bank Group first released in 2016. The database allows countries to see where it might be possible to deepen trading relationships depending on the levels of liberalization in specific sectors.

"Good, inclusive trade policies require a strong evidence base to analyze how trade affects the poor. Providing our clients with the best available evidence is one of our top priorities."
Ian Gillson
Lead Economist, Macroeconomics, Trade & Investment Global Practice

“Negotiating trade agreements today requires a deep understanding of not just goods and services trade, but also competition policy, government procurement rules, and intellectual property rights,” says Nadia Rocha, an economist in the World Bank Group’s Macroeconomics, Trade & Investment Global Practice. “Giving developing countries the tools to compare themselves against other countries helps them negotiate better and opens the door to trading partnerships that they might not have realized with less information.”

Countries can use the DTA database to benchmark themselves against similar countries and to generate a roadmap toward greater global value chain integration. For example, Brazil and Argentina used DTA data during discussions on renegotiating and deepening Mercosur – the regional trading bloc comprised of five South American countries as they worked to further integrate into global value chains.

“Good, inclusive trade policies require a strong evidence base to analyze how trade affects the poor. Providing our clients with the best available evidence is one of our top priorities,” says Ian Gillson, Lead Economist who manages the Umbrella Facility for Trade trust fund. “With support from our development partners, we’ve been able to expand and develop more than ten trade databases that are being used by policymakers and researchers alike.”

Higher-quality and more timely data on trade gives policymakers a better understanding of even small changes in trade trends, allowing countries to better use their comparative advantage to access new markets. The World Bank Group's Umbrella Facility for Trade has been instrumental in funding the studies, technical assistance, and data collection efforts that developing countries need.

Better trade data is especially important in the era of global value chains (GVCs), where production occurs across borders. Countries that are able to plug into GVCs can build auxiliary industries, including services, that can drive economic growth, productivity and job creation.

Vietnam is a prime example. The government has set ambitious trade targets based on improving its position in GVCs. Making use of the World Bank Group's Logistics Performance Index (LPI), Vietnam was able to discover gaps in infrastructure and services that were impeding trade. The government then applied LPI metrics to its national trade strategy as a benchmark measure to improve the country’s logistics sector.

“While having access to timely and accurate data on trade it is critical, it is only one part of the story for developing countries,” says Gillson. “Policymakers also need evidence that can be used to convince their domestic constituents on the benefits of trade and to adjust policy accordingly.”

The Umbrella Facility for Trade is an IBRD-led tripartite trust fund that has been developed to support analytical and knowledge work on global and regional trade issues in IBRD and IDA countries. The UF has received contributions from DFID, SECO, Sida, the Netherlands and Norway.