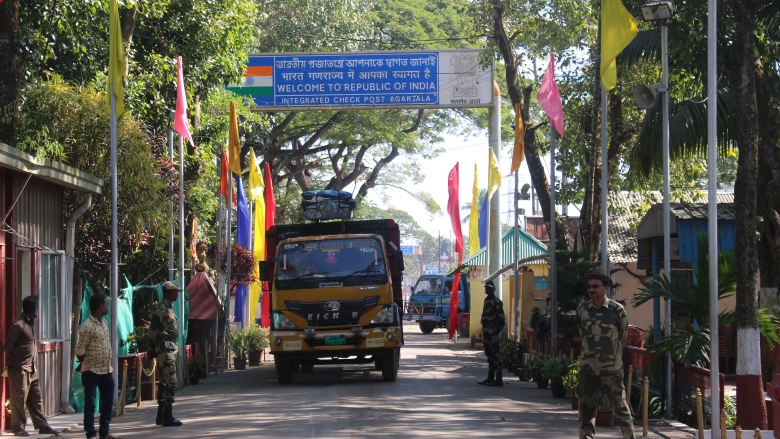 Long-time non-tariff barriers in the quality and the connectivity of the physical infrastructure in the four BBIN countries — Bangladesh, Bhutan, India and Nepal — have suppressed regional trade for years.

This has meant that shipments to and from India’s eight northeastern states must be hauled through the congested Siliguri corridor to access the nearest maritime port in India at Kolkata.

From Agartala, the capital of the northeastern Indian state of Tripura, it’s a slow and costly 1,700-kilometer journey through the Chicken’s Neck to the port in Kolkata. Bangladesh’s decision to allow India access to Chittagong Port cuts the trip to a sea port to just over 200 kilometers.

“This is a huge step for Bangladesh and India to agree on access,” said Sanjay Kathuria, a World Bank lead economist who has studied and recommended ways to improve the economic integration of South Asia.

, according to some estimates. Bangladesh, and especially Chittagong Port, has the potential to become a major trade and transit hub for South and Southeast Asia.

However, Chittagong Port, which already handles nearly 90 percent of Bangladesh’s seaborne trade, will require significant efficiency and capacity improvements if it is to realize the potential and become a major gateway.

A World Bank study measuring the competitiveness of South Asia ports found that containers spent an average 17 days in Chittagong Port in 2012, compared to three to four days at more efficient comparable ports, and less than one day at the most efficient container terminals. While there has been some progress in recent years, the port continues to struggle with severe congestion during busy periods. 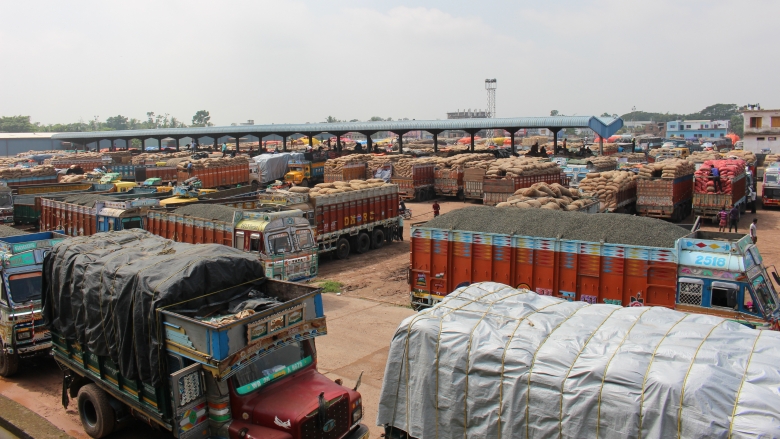 Momentum is building for more regional cooperation among the BBIN countries.

Several bilateral and sub-regional agreements with the potential to unleash transformative change have been signed, including the Motor Vehicle Framework Agreement to ease border restrictions for vehicles, passengers, and cargo. Currently, an Indian truck transporting freight into Bangladesh must stop at the border, unload all items, and reload the freight on a Bangladesh truck.

While governments are still working out how to implement the 2015 motor vehicle agreement, investments in physical infrastructure abound.

A road bridge is being built across the River Feni that separates India’s landlocked northeastern states and Bangladesh. . The bridge and new border post facilities on both sides will give importers and exporters a shorter alternative to the congested Chicken’s Neck corridor.

To support these encouraging developments, the World Bank is helping Bangladesh develop or upgrade modern land ports at Ramgarh, Sheola, Benapole, and Bhomra, where crossing times are measured in days, rather than hours as they should be.

The project will introduce a National Single Window for Trade for shippers to file all import, export and transit information via a single electronic gateway instead of submitting the same paperwork to multiple government agencies.

“It’s inefficient and adds to shipping costs when a truck has to repeatedly show the same paperwork to various government regulators. This process should be electronic and seamless,” said Kathuria, the trade expert.

Nepal faces the same challenges. Virtually all Nepalese goods for export are now transported to the port in Kolkata. But a commercial truck loaded with carpets, textiles, tea or other exports may need up to 20 days to drive from the mountains of Kathmandu to Kolkata.

The Government of Nepal, with support from the World Bank, is working to reduce transport time and logistics costs along the Kathmandu-Kolkata corridor. Work includes improving roads, upgrading land ports, and establishing a National Single Window for Trade to reduce the need for paperwork. The ambitious project is also creating an internationally accredited laboratory to inspect food, livestock, and agricultural products for  diseases, pests, and contaminants.

“Border improvements help firms reduce their supply chain costs. Delays or damage to goods as they are being cleared through the borders force firms to keep higher levels of inventory than in other countries. As a result, logistics in South Asia tend to be much higher than in other middle income economies,” said Charles Kunaka, a World Bank private sector specialist. “In addition, .”

Modern transportation corridors in South Asia are essential for regional trade. They also directly affect the lives of the rural poor. Improved connectivity expands access to jobs, health care, and education, and lowers the cost of goods consumed.

“Border improvements enable farming households and small and medium enterprises in border regions to trade more easily with communities on the other side,” Kunaka said. “.”

South Asia’s transportation networks once ranked among the most integrated in the developing world. After the 20th century partition of the subcontinent, most highways, waterways and rail links stopped at national borders. Security concerns have slowed efforts to rebuild an integrated infrastructure, but improvements are likely to result in a virtuous circle benefitting all.

Cooperation among BBIN nations to modernize border crossings, improve transport links, and remove trade barriers can help transform the landlocked area into a flourishing, land-linked subregion and finally reduce the stranglehold on the Chicken’s Neck.