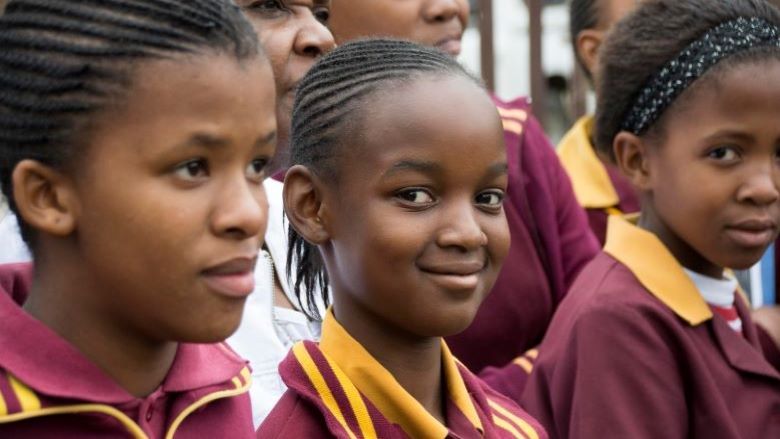 The story of Keabetswe Lekalakala is a first in an ongoing series in partnership with Global Citizen that will explore the importance of addressing human capital — particularly for South Africa’s youth — to ensure that they can participate in today’s rapidly changing global economy.

PRETORIA, June 21, 2019 – Keabetswe Lekalakala, 25, has only ever had short-term menial jobs, first as a grocery packer, then as a truck driver. But for the past year, he has been unemployed. It’s the longest time he has gone without being able to support himself financially.

He lives is Soweto with his mother and three sisters. Like the rest of the family, he relies on his mother’s old age grant to survive.

“We also get help from extended family, but for the most part, it’s just us and the constant feeling I have that I’m trapped by circumstances,” he said.

Lekalakala did not finish secondary school, but he has an N6 qualification in electrical engineering. He hopes that one day he’ll be able to work as an electrician.

“I’m more anxious about my future than hopeful of it,” he said. “When you are young in South Africa, it’s hard to believe that you’ll one day have a better life.”

He said his sense of foreboding about the future comes from the social problems that “few” people in his community have been able to escape “unless they manage to get to university and get a job when they graduate.”

Jobs are scarce in South Africa, and youth bear the brunt of the lack of employment opportunities. As Statistics South Africa notes on its website: “The youth aged 15–24 years are the most vulnerable in the South African labor market.” The unemployment rate among people aged between 15 and 24 was 55.2% in the first quarter of 2019.

Lekalakala is one of thousands of young South Africans – and millions of young Africans – who are facing an accumulated set of barriers that inhibit their ability to reach their aspirations.

According to the World Bank’s Human Capital Index (HCI), which measures the knowledge, skills, and health that people gain throughout their lives to enable them to realize their full potential as productive members of society, African countries rank at the bottom.

This means that they score poorly in the following five areas: the probability of survival to age five, a child’s expected years of schooling, harmonized test scores as a measure of quality of learning, adult survival rate, and the proportion of children who are not stunted (a condition of underdevelopment as a result of poor nutrition in their early years).

South Africa, one of the most developed countries in Sub-Saharan Africa, is ranked at 126 on the HCI, just behind Malawi and eSwatini.

According to the HCI, a child born in South Africa today will only be 41% productive as an adult, significantly less than half as much as she would be if she completed her education and had full health.

In addition, 27% of children below the age of five are stunted and so are at risk of cognitive and physical limitations that can last a lifetime. These indicators are much worse than in many countries at the similar income level.

Factoring in what children actually learn, expected years of school is only 5.1 years, and South African students perform poorly in tests, scoring barely above the rank of 300 minimum attainment. South Africa stands at 343 on a scale where 625 represents advanced attainment.

“What we see from this index is that South Africa faces a serious human capital challenge,” said Paul Noumba Um, World Bank Country Director for South Africa. “More than half of the country’s young people are entering the labor market without qualifications and more than 30% of the youth are not in education, employment, or training," he added. "This could cause instability in the future as unqualified labor is not the basis on which a prosperous economy for the 21st century can be built.”

The good news is, however, that the country is already investing significant resources in both health and education — although the outcomes are far worse than these investments and services would suggest.

Public spending on education is high, accounting for 6.1% of gross domestic product (GDP) in 2017; similarly, about 8% of GDP is invested in health, and about 5% of GDP is spent on social assistance, including various youth employment initiatives.

Many countries spend less but achieve much higher HCI, signaling that South Africa needs to take a hard look at efficiency and efficacy of its spending. It could achieve much more without significantly increasing spending.

Where Can We Go from Here?

Tackling the human capital challenge requires commitment and action not only from government but society as a whole.

Parents and communities need not only promote the value of education and safeguard schools and clinics, but should also demand good quality services.

Equally the private sector, civil society, and development partners also have an important role to play in ensuring the future of South Africa’s children.

Teachers, health workers, civil servants, and political appointees all bear responsibility and should be accountable for services they are paid and or elected to deliver.