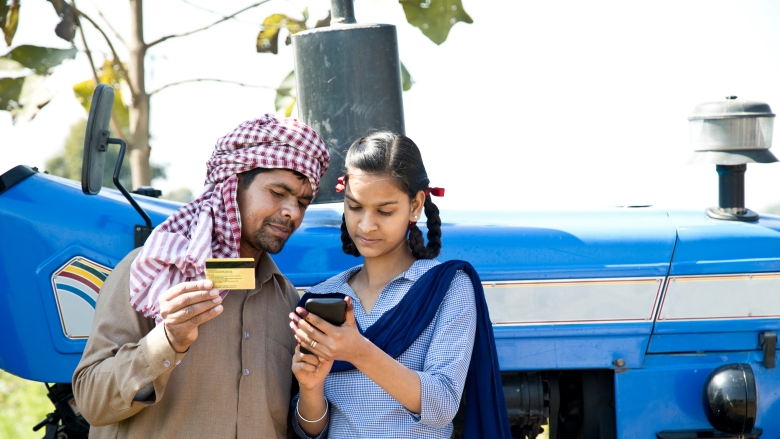 Across successive governments, India has emerged as a pioneer in building digital tools to improve program governance at the state and national level. Has all this technology helped? Robust evidence is mixed and limited.

Leveraging technology platforms for effective program delivery poses unique challenges. For citizens, the use of new tech-savvy tools can be alienating and intimidating. Using technology requires learning new ways to make demands and withdraw benefits, and new norms and modes of local behavior. Techo-optimists suggest that problems faced by local governments and citizens in using technology which manifest in reports of delays and exclusion due to poor infrastructure and connectivity are teething pains –side-effects of the transition to digital ways of interacting with government. Others fear that the side-effect could become the outcome, seeing the rapid deployment of new technologies as attacks on past improvements in delivery and giving rise to new forms of corruption. Should the state curb its enthusiasm for tech? Three design principles are key if technology is to truly and effectively help transform India’s social protection systems.

First,. Solutions such as Aadhaar and DBT are often touted as gamechangers for Indian social protection. Are they? Depends –what problem are they solving? If the problem is payment leakages emerging from “ghosts” or fake beneficiaries siphoning of monies, then as some early studies indicate, Aadhaar and DBT can make some difference. However, evaluated from the perspective of inclusion and citizen satisfaction, the evidence paints a different picture. In particular, the role of Aadhaar in delivering benefit transfers has come under significant academic, legal and civil society scrutiny for privacy concerns, delayed payments and triggering exclusion through authentication failures. Recent process assessments from Union Territories where governments are transferring food subsidies through electronic cash payments highlight the significant challenges posed by limited financial literacy and banking networks, even in urbanized environments.

Importantly what Aadhaar enabled digital payments cannot do is ensure that benefits reach the neediest citizen. The 2019 budget announced the widely debated PM-KSN scheme for farmers. But, how will administrators identify and prioritize the small and marginalized farmers for whom the schemes are intended? Reviews of various programs highlight how exclusion continues to plague cash transfer programs such as social pensions in India. Identification of the poor who the social protection system seeks to prioritize has historically been problematic in India due to the poor design and execution of the BPL system. While biometrically authenticated Direct Benefit Transfers (DBTs) can verify if a certain person received a certain amount with maximum accuracy and minimum leakage, these tools cannot tell us if the person receiving the benefit is most in need of it. Aadhaar is proof of identity, not eligibility or priority. DBT can only provide a secure pipeline to transfer payments. Neither solves questions on who should be given greater priority for transfers. The problem of eligibility determination requires a very different set of interventions such as social registries. Without clearly identifying the problem, we can’t analyze performance of technology tools –as these are simply enablers, parts of a larger solution.

Second, .  In social protection, a core motivation underpinning many tech-based reforms is the idea of removing human-interface from the delivery landscape by making processes as automated as possible. This idea is rooted in how Indian policy making often casts ‘last-mile’ cadres as apathetic – powerful corrupt entities who barely show up to work, are indifferent to the needs of citizens, dispense patronage and use power for personal gain. Yet the experience with various IT innovations suggests that the skill sets, capabilities and size of the local bureaucracy is critical to ensuring benefit transfer systems are inclusive, timely and citizen-friendly.

For example, within many poor states in India, the challenge of implementing electronic payments through DBT is exacerbated by weak last mile capacities, reliance on paper registers in view of poor presence of reliable banking outlets in the interior rural areas. The four crucial steps to undertake DBT – digitizing beneficiary databases, collecting the correct and functional financial address of a person, seeding the beneficiary database with identification information and ensuring mechanisms which deliver payments to beneficiaries without exclusion or delays – are fairly transaction intensive and non-trivial. Camps must be organized, citizen information and consent for data sharing must be sought, program users need to be informed and counselled, bank accounts and identification proofs need to be produced; all these tasks require various agencies to coordinate at the local level. In various states, private players and state IT cadres have emerged to support routinized aspects of this work such as data entry, system development and digitization. However, tackling citizen claims and disputes on personal authentication, financial address information, payment settlements and other technology related pain-points rest with an understaffed, unmotivated and overtasked Panchayat and block office. Given the heterogeneity across India’s villages and cities, identifying problems clearly requires a state that can deliberate with local stakeholders, while capturing and absorbing citizen feedback. Countries such as Brazil and Mexico have invested in large cadres of social workers for case management and citizen interface. So,.

Third, policy makers need to be mindful of the new power asymmetries created using technology. Programmers, government IT agencies and system developers are increasingly powerful in the new tech-savvy welfare state. These agencies hold vast amounts of private data on transactions and attributes. At the same time, the very language, nature and production of technology makes it opaque and distant from ordinary citizens, thus less tractable to local politics and activism. Many of us are often bewildered at the acronyms and terminology used in discussions on social programs. While you can perhaps find the truck driver who has diverted the PDS ration truck and agitate against local shop keepers or Panchayat officials, fighting against weak connectivity, a slow computer or a malfunctioning point-of-sale device is an alien concept for many Indians. If you thought your local Panchayat official was corrupt, you can complain to his superiors or politicians. But complaints triggered by misuse or errors in the use of tech-tools can be difficult to pick up, comprehend and process, even for the three of us, much more for citizens unfamiliar with technology. Thus, it’s critical that government invest in methods to balance these asymmetries. Robust regulation and legal regimes, which are a focus of the debate in India following the Aadhaar judgement, are only a part of the solution. These laws must be complemented by systems that allow citizens to query and update their information through online and offline methods. For example, clearly codified data exchange, privacy and consent frameworks are necessary prerequisites to safeguard large scale collation of private data. This also requires building systems that can help channel and absorb feedback from citizens and local administrators into the design process for tech tools.

Reaping maximum gains from digital resources needs complementary and sophisticated investments in regulation, laws and human resources. After all, program governance involves deeply political and peopled landscapes; these can’t be engineered in a social vacuum.

The article has been co-authored by Yamini Aiyar, President and Chief Executive, Centre for Policy Research, Shrayana Bhattacharya, Senior Social Protection Economist, World Bank  and Lant Pritchett, RISE Research Director, Blavatnik School of Government, University of Oxford. An abridged version of this article was originally published in the Indian Express on March 14th 2019.