Radia Garrigues: CEO of an Incubator Providing Gabon’s Youth with Skills for the Future 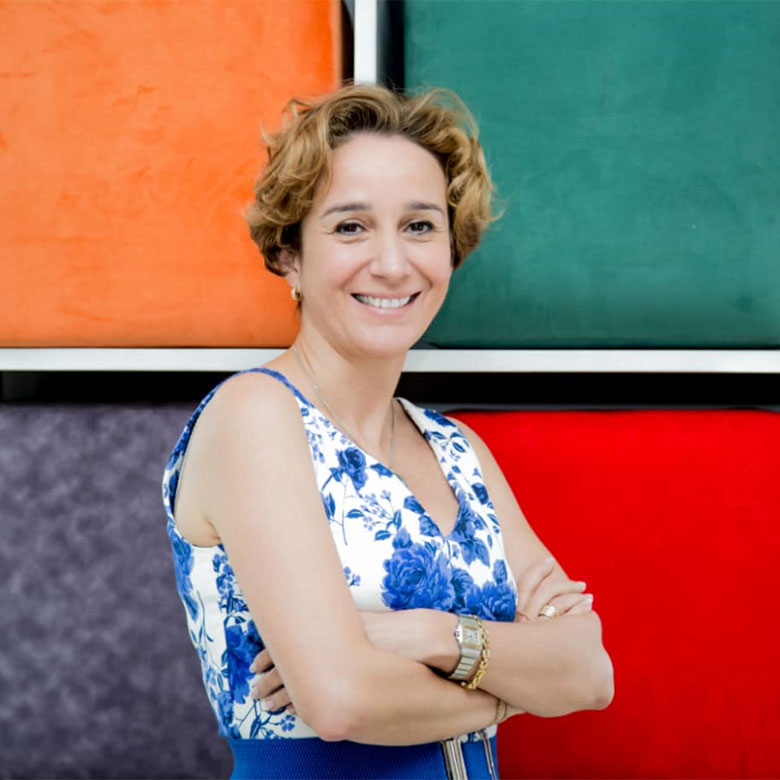 In honor of International Women’s Day, the World Bank Finance Competitiveness and Innovation team is highlighting the innovations of four women entrepreneurs in West Africa. Meet Radia Garrigues who leads one of the largest youth-serving NGOs in Gabon.

Radia Garrigues is the CEO of JA Gabon, a member of Junior Achievement Worldwide, one of the largest youth-serving NGOs that provides hands-on learning in entrepreneurship, financial literacy and work readiness. The Gabon location opened in 2013 and has trained nearly 7,000 young people (4,000 in entrepreneurship). The incubator supports around 30 start-ups a year. JA Gabon provides free services, except for its new SME Space that is co-financed by Noble Energy.

“I’ve always been fascinated with entrepreneurship,” says Garrigues. “Throughout my career, I’ve sought to set up and implement projects and ideas, introducing entrepreneurial principles anywhere I go.”

Her flair for business is evident. She was previously CEO of a subsidiary to Hachette Livre, the French publishing company, as well as director of the Alliance Française in Abu Dhabi. When JA Gabon was first founded, it had two employees. Today, it has increased that eighteen-fold, supporting thousands of young people in the process.

Across much of West and Central Africa, entrepreneurship has traditionally been seen as the last resort in terms of career choice but — pointing to waning civil service job opportunities in the context of the oil crisis — Garrigues feels the landscape is changing in Gabon. “This is part of the mission of Junior Achievement,” attests Garrigues. “It started in the U.S. 90 years ago to provide people with training in professional skills and financial management. It really does change people’s mentality and I see changes already in children as young as 5 and 6 that have participated in our programs.”

Nevertheless, Garrigues warns that entrepreneurship is not necessarily for everyone. “People tend to gravitate to what’s easiest and entrepreneurship is hard.” JA Gabon has several employability programs, including for young people with no schooling who represent the majority of the unemployed population. The incubator also engages in a lot of fieldwork and supports other vulnerable groups, such as teenage mothers who are more likely to be unemployed.

Training in soft skills benefits up to 2,000 young people a year, with women making up 41% of participants. Garrigues notes, however, that as beneficiaries get older, the proportion of women tends to decline. “We certainly have more girls than women in our programs,” she admits, adding that the proportion of women falls in particular as programs transition from secondary to third-level education. Capturing girls early, therefore, does not necessarily guarantee they will continue their professional development at the same rate as men.

As with many countries in the region, human capital remains a key lacking resource in Gabon, but Garrigues insists that reinforcing incubators’ capacity at the local level is an easy win for policymakers. “We grew so quickly and the hardest thing now is finding the right people to implement our activities, including good mentors.” In addition, she advises that donors should continue facilitating networking and exchanges between different incubators across the region. JA Gabon is an implementing partner of the World Bank’s Gabon Competitiveness and Investment Promotion Project and is also currently a member of the network of West and Central African incubators under the Innovation Africa Program (PAI), financed by the French Agency for Development with the World Bank as a member of its steering committee.

Garrigues applauds the enthusiasm of the government in Gabon to support the work of JA Gabon. “The political will here to boost entrepreneurship is very strong, coming from the highest levels, including the President. There’s now a Ministry of Entrepreneurship that was founded two years ago to promote youth entrepreneurship, which is very unusual for francophone Africa.” JA Gabon is also working in partnership with the National Office of Employment on developing soft skills, such as preparing CVs.

The incubator is engaging in high-level policy dialogue with the government to foster better conditions for entrepreneurs in the country. In July 2018, Garrigues was received by the Minister for Small and Medium Enterprises, Julien Nkoghe Bekale, in order to define a set of essential tools to developing Gabon’s entrepreneurial ecosystem and promote SMEs.

Garrigues has long urged new legislation to facilitate MSMEs’ activities. “We want our incubees to have all the advantages possible but there’s nothing right now for start-ups (nor for incubators), not even tax breaks for small or new businesses. Without seed-funding, people will see their projects as something short-term and give up.”

She says this while emphasizing that JA Gabon has “beneficiaries, not clients”. All of JA Gabon’s services, aside from the SME Space, are free and even then, they are co-financed by Noble Energy. “I don’t agree with all incubators being strictly private businesses,” she says. “So many people wouldn’t be able to access our services and so much of the country’s potential would be lost!”