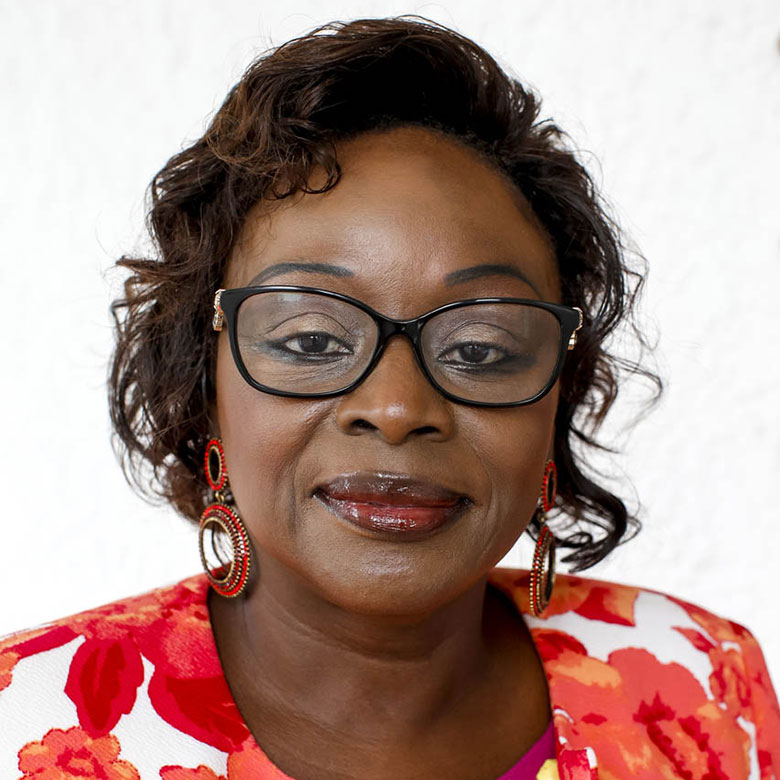 In honor of International Women’s Day, the World Bank Finance Competitiveness and Innovation team is highlighting the innovations of four women entrepreneurs in West Africa. Meet Candide Bamezon-Leguede who is driven by two passions: promoting Togolese artistic products and helping women to create their own business.

Candide Bamezon-Leguede runs her own company, ARCANDIA Immobilier et Services, which acts as a key interlocuter in Togo’s interior design and property market. As an entrepreneur with years of experience, Bamezon-Leguede wanted to help women and young entrepreneurs by sharing her expertise. That is why she established and is CEO of INNOV’UP, the Entrepreneurial Center for Businesswomen in Togo with an incubator for women-led start-ups — the first of its kind in West Africa.

“Women’s contribution to the economy is no longer in question,” attests Bamezon-Leguede. “The Togolese economy is supported by the informal sector where 48% of women operate. There are more and more women-led SMEs, yet women continue to face unique difficulties that men don’t when creating their businesses.” Financed by UNDP, Leguede established INNOV’UP to promote women’s entrepreneurship but also to facilitate the transition of women-led businesses from the informal to the formal sector.

Bamezon-Leguede sees entrepreneurship’s strong potential for both wealth creation and employment and urges that it should be supported from the bottom up to promote inclusive development. Emphasizing the prevalence of the informal sector in the Togolese economy, she advises finding the necessary synergies between the different players in the ecosystem so that it benefits everyone. “Supporting infrastructure is essential. The state should consider financial support to entrepreneurship initiatives with yearly grants and allowances or establishing an investment fund that responds to the real needs of women entrepreneurs. In other words, a specially-dedicated fund to women’s entrepreneurship.”

Bamezon-Leguede acknowledges education as another key factor holding women back, as well as traditional attitudes about their role in society. “This compounds the problem in accessing finance. Moreover, it instills in women a fear of risk-taking and low self-esteem, both of which constitute major obstacles to promoting competitive female entrepreneurship.”

The need for a more empowering narrative for women entrepreneurs with supporting policies behind it is undeniable. Highlighting the importance of confidence, Bamezon-Leguede notes that women in Togo are slow to assert themselves as economic actors: “even though they’re key actors in the economy and have so much potential, they’re still timid.” Bamezon-Leguede therefore wanted to establish an incubator that targeted women and their specific constraints precisely because she understood the status quo could only go so far for women.

“As part of our goal to foster a change in women’s mentality,” she adds, “INNOV’UP now offers mentoring and awareness-raising programs to women — young and old — free of charge.”

Speaking personally, Bamezon-Leguede insists that her gender and age have been an advantage in her career precisely because of these skills. “Women’s emotional intelligence and social understanding is a major asset when building your own business. Look at the fact that women-led businesses are far less likely to fail than those run by men: 21% vs. 48%.”

Ultimately, what drives Bamezon-Leguede is her belief in the women of Togo. “The number of women entrepreneurs is growing, and more and more women are at the heart of new business activities in Togo. No matter the real obstacles they face, women are excellent managers.”