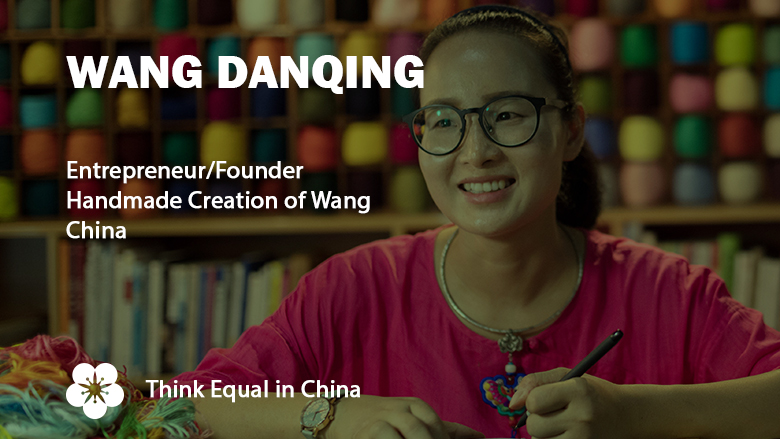 I was born in the 1980s, educated in Guizhou and Beijing, and now live in Hangzhou.  I am the founder of a handicraft brand called “Handmade Creation of Wang”, and a mother of a three-year old child.

I should say that I don’t want to be defeated by laziness. Getting up early makes one more energetic. I like that feeling.

It was out of interest. The overlap of interest and career is a wonderful thing. Naturally you won’t feel tired and can achieve more.

There are thousands of paths. Choose one that you are interested in and follow your heart’s desire. Understand Chinese traditional culture and combine it with modern design concepts.  It is something that every Chinese should think about.

“Ten thousand years are too long. Seize the day, seize the hour!”

It is good to be born in China.  We have experienced improvement in our living standards. I think the biggest problem right now is the general anxiety among people. Many people are afraid of not being able to keep up with the changing times. They are afraid of being abandoned by new things. Everyone is very anxious.

China will resurge in 25 years, because we have laid a good foundation in the past 40 years of reform and opening, accumulated 5,000 years of culture, and developed the world's most sound industrial system. Friends around me all value the growth and education of their children. So I think China will stand on the top of the world again.

In a few remote areas, the older generation still prefers boys to girls. But in real life, women's status is already quite equal. In most families, particularly in cities, it is women who hold the decision-making power about major spending. I hope that we will not deliberately emphasize the differences between men and women, otherwise it can become radical feminism.