Schemes To Systems | The Future of Social Protection: India and the World 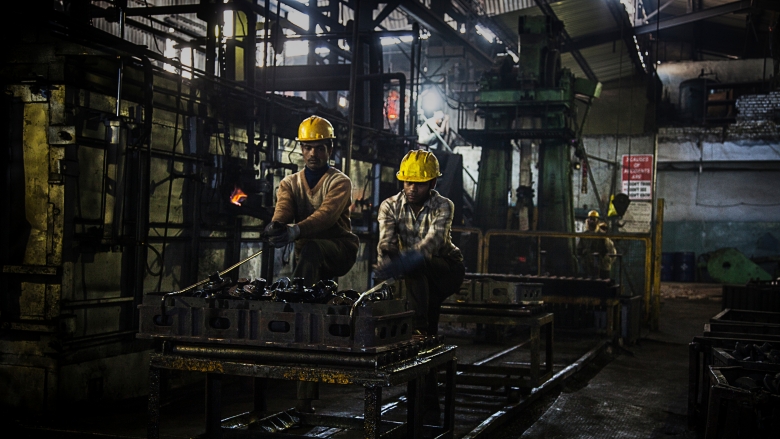 Workers at a factory in Faridabad, India

Your daily office commute is delayed due to strikes against ride-sharing companies. Your nephew just joined his second start-up. Your daughter lands a job as a freelance journalist. Your street vendor who sells flowers down the street has been absent due to an illness. Your maid asks you to help contribute to a web-based pension product, she has a tough time applying for government social pension programs as she cannot prove that she has been living in Delhi for three continuous years.

India has made tremendous strides in poverty reduction in the first decade of the 21st century. However, economic growth has failed to generate enough stable and good jobs for its burgeoning working-age population. Employment has grown rapidly in construction and retail, gains in manufacturing jobs has been slow. And even within manufacturing, and in the organized sector more broadly, employment contracts have been shifting towards greater informality, as production is out-sourced and new hires are taken on as contract workers without job security or social security. In 2012, over 90 per cent of Indian workers were informal. As per the most recently available data, the share of contract labor in organized manufacturing reached 34 per cent in 2011, up from 14 per cent in 1996.

Most social protection systems in rich countries were developed at a time of “jobs for life,” with social insurance based on mandatory contributions and payroll taxes on formal wage employment. But around the globe, this traditional, payroll-based insurance system is increasingly challenged by working arrangements outside standard employment contracts. In the U.S., pension plans are becoming a thing of the past.  In India, Indonesia, Pakistan, Bangladesh and Nigeria — which combined account for about a third of the world’s population — coverage of social insurance is single digit or almost so, with virtually no change detected over the past decades. 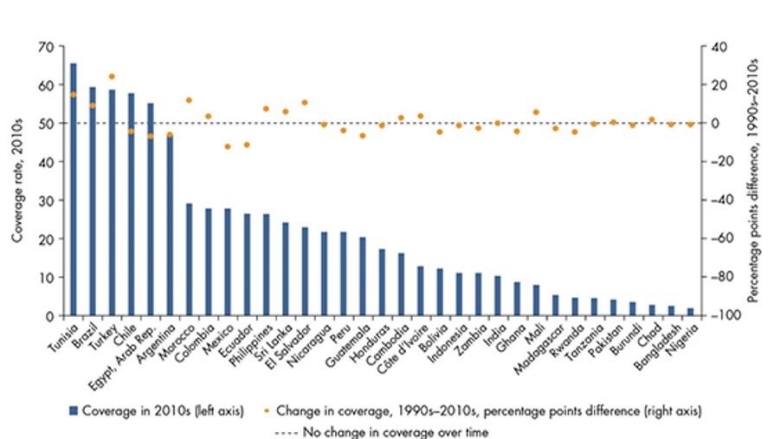 As we examine the changing nature of work in our 2019 World Development Report, we are taking a look at how we can better protect people and workers in the new economy.  There are three salient findings which must guide the future of social protection in India and the globe.

Financing more investment in social protection is a formidable challenge globally. But several options leveraging carbon pricing, tech-enabled tax system reform and energy subsidy reform exist. For example, Vietnam could increase tax revenues by 11 per cent by moving to a uniform VAT rate of ten per cent. Excise taxes, for example on tobacco, are another source of potential revenue. It is estimated that nationally-efficient carbon pricing policies could raise substantial amounts of revenue—above six per cent of GDP in China, Russia, Iran, and Saudi Arabia. These taxes could be paired with the elimination of energy subsidies, which amount to $333 billion globally. Other forms of recurrent taxation may include immovable property taxes as well as a fair corporate tax system, which is currently plagued by loopholes in the international tax architecture. Just as technology improves delivery systems for social protection programs, it can also facilitate tax collection by increasing the number of registered tax payers and social security contributions. Reforms such as the Goods and Services tax can go a long way in bolstering state revenues to finance schemes and systems for the vulnerable.

The article is authored by Michal Rutkowski, Global Director for Social Protection, World Bank. An abridged version of this article was originally published in the Hindustan Times on February 18th, 2019