Putting youth to work while preserving a South African ecosystem 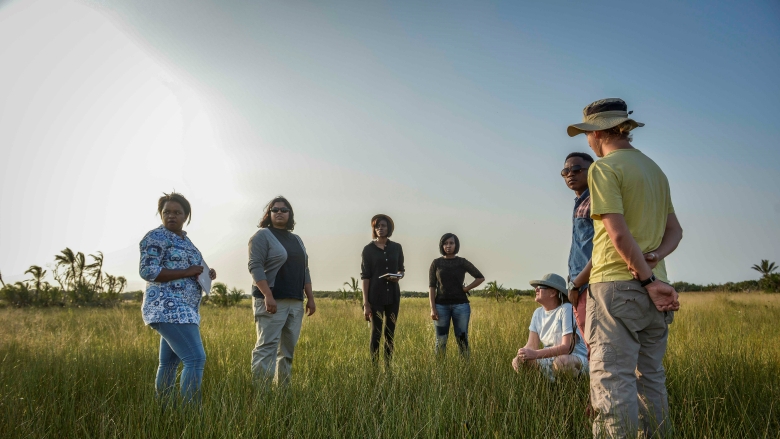 These local youth received scholarships through the iSimangaliso Bursary Program followed by internships at iSimangaliso and then jobs.

But by 2009, Lake St. Lucia’s water was contaminated from sugar cane farming, mining, and nitrogen runoff from local forest plantations. Additionally, the water volume was sinking because of alterations to the freshwater flowing into it. The wetland’s flora and fauna were severely threatened, and there was no consensus among stakeholders on how best to preserve the Lake St. Lucia system and the estuary.

Estuaries, with their surrounding wetlands, comprise some of the most productive yet threatened ecosystems in the world. They offer climate regulation services by acting as carbon sinks, naturally improve water quality, and provide important economic and recreational opportunities. They form a vital link between marine, aquatic, and terrestrial eco-systems.

Alongside the environmental degradation, there was a crucial need to improve employment and livelihood opportunities for the population—especially youth—living in and around the park, 80 percent of whom lived below the poverty line.

With the help of a Global Environment Facility (GEF) grant of $9 million, the World Bank provided implementation support to the iSimangaliso Wetland Park Authority to improve the ecological functioning of Lake St. Lucia and create sustainable economic and employment opportunities for local communities.

Some may call this a miracle, but in the local Zulu language it’s known by the term iSimangaliso—which also means ‘wonder’.

This shines through in the eyes of 31-year-old Sifiso Vumasa, who now works as an environmental education assistant in the park—one of the youth from the local community who was able to access higher education in conservation, tourism and related fields through GEF-funded training. Training and sub-grant programs in enterprise development were also promoted for communities in and around the park to improve welfare and livelihoods. 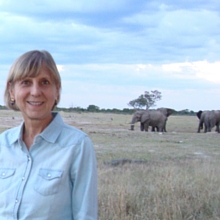 The impact of the program on empowering communities has been significant: 75 conservation-compatible enterprises were created (such as ecotourism, beekeeping and crafts), 185 people were trained in business development, 77 young people were given scholarships to attend courses, and 393 local leaders applied skills from the training provided in resource management to improve co-management of the park (communities working jointly with the government to protect the area).

Vumasa was one of the 77 students of the Higher Education Access Program that supported students with financial, psychosocial, and academic support. Vumasa currently leads an environmental educational program within the community that identifies and labels trees, hosts students visiting the iSimangaliso Wetland Park, facilitates environmental awareness workshops with youth, and supports a project to increase the skills of tour guides.

He is also inspiring others: “There are people in town who when I meet them they would say to me, ‘I decided to pursue a career in nature conservation or in tourism after attending your field trip.’”

Although the project has created many jobs and opportunities, unemployment around iSimangaliso remains high and there is still a long way to go to engage the active population around the park. The World Bank continues discussing opportunities for collaboration on rural development around South Africa’s protected areas with the Department of Environmental Affairs, the iSimangaliso Wetland Authority and other partners.

The story behind the restoration of iSimangaliso Wetland Park

A multi-disciplinary scientific study was carried out with GEF-funding. It demonstrated that to address the issues and improve the health of the Lake St. Lucia system, the uMfolozi river needed to be reconnected to the larger estuary through significant infrastructure work. Through project investments of $46 million from government funds and private donors, approximately 1.4 million m3 of dredge spoil was removed to clear the natural course of the uMfolozi River and relink it to the Lake St. Lucia system. This restored the hydrological and estuarine functions of the Lake.

The World Bank-led, GEF-funded Global Wildlife Program (GWP) is also supporting enhancing community livelihoods, wildlife conservation, and sustainable development through its work across 19 countries in Asia and Africa to tackle the illegal wildlife trade by reducing poaching, trafficking and demand.

Also with GEF funding, the GWP and the World Bank published Supporting Sustainable Livelihoods through Wildlife Tourism in April, which highlights successful wildlife tourism programs in seven countries in Africa and Asia that can be used as models to promote conservation and boost economies.

And in June the government of Mozambique, together with the GWP and the World Bank, held a first-of-of its-kind conference to transform the landscape of Mozambique by focusing on nature-based tourism. Eight memorandums and agreements—totaling approximately $600 million in investments—were signed to facilitate PPPs in conservation areas.

* The GWP would like to thank Bronwyn James and Debbie Cooper from the iSimangaliso Wetland Park Authority for their contribution to this feature story.