Despite Challenges, Venezuelan Migration into Colombia can Boost its Growth 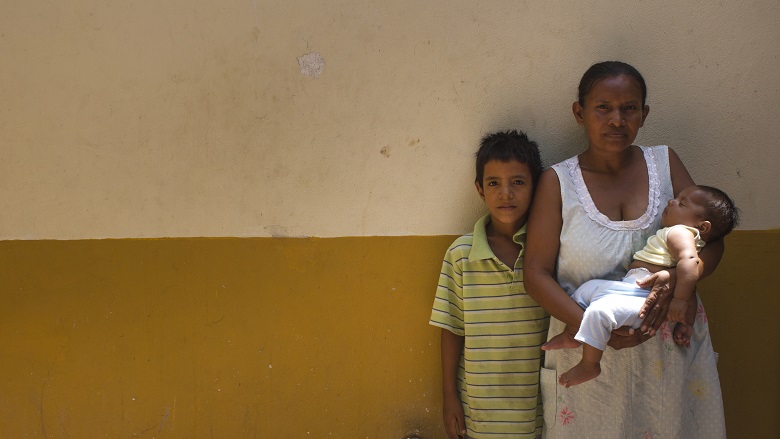 If the short-term challenges of migration are managed well, it can boost growth in the long run.

In recent years, almost 2.3 million people left Venezuela to live, mostly, in Colombia, Ecuador, Peru, Argentina, and Chile. In the short term, migration places significant pressures on the provision of services, institutions, labor markets and the social dynamics of the receiving areas, affecting most the vulnerable populations in both the migrant and local communities. However, if the short-term challenges are managed well, migration can boost growth in the long run.

Historically, the firsts countries affected in any migration flow are the closest neighbors. In Venezuela’s case, it is Colombia. For decades, many Colombians moved to Venezuela fleeing the guerilla war. Now, things have turned around: About 45,000 people cross the border from Venezuela into Colombia daily, seeking to earn a living and access to goods and services that are difficult to find in Venezuela.

Colombia hosts the largest number of Venezuelan migrants (1.2 million), 24% of whom are nationals who are returning to their home country. In absolute terms, Bogotá is the city with the largest number of migrants. However, in relative terms, the border areas (Norte de Santander, Arauca and Guajira) are the most affected, with the migrants representing between 2.5% and 5% of the population. These regions have development lags, which limits their ability to absorb migrants.

These are some of the findings of the World Bank report Migration from Venezuela to Colombia: Short- and Medium-Term Impact and Response Strategy, carried out jointly with the Colombian Government with support from the United Nations Agency for Refugees (UNHCR) and the International Organization for Migration (IOM). 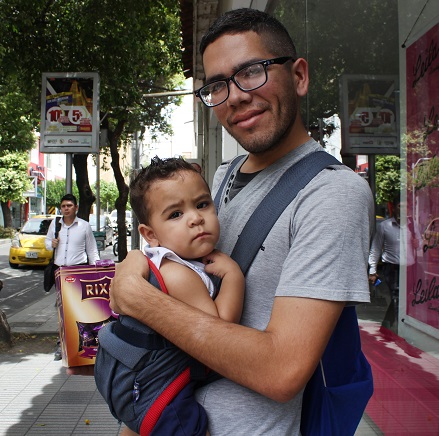 According to the report, only 40% of the migrant children are in school, and the migrant population is twice as likely to be unemployed than the local population. The cost of additional public services caused by migration including education, health, water and sanitation, early care, housing support, employment services and institutional strengthening lies between 0.23% and 0.41% of Colombia’s GDP.

However, the report shows that even though the perception of insecurity has increased in receiving areas, crime levels have not increased - and in fact in some cases, they have decreased.

Despite all these challenges, migration can create economic growth for Colombia in the medium and long term due to the increase in investment and consumption derived from it. For every half a million people of working age that migrated from Venezuela to Colombia, the economic growth of the receiving country could accelerate by 0.2 percentage points, according to the report.

Prioritizing the rapid incorporation of migrants and returnees into the job market, mitigating vulnerabilities that can become traps of poverty, and foster a dialogue on local, national and regional politics are key to a successful turnaround.

The Colombian government has responded quickly and proactively, taking a series of measures aimed at facilitating migrants' self-sufficiency and mitigating impacts in the receiving areas. The government has also facilitated migrants’ access to basic health and education services, which will mitigate the costs of migration in the medium term. Finally, the government has adapted its legal and institutional framework quickly, which has greatly facilitated the country's response capacity. However, despite Colombia’s enormous efforts, the extent of this migration still requires a greater commitment from the international community. 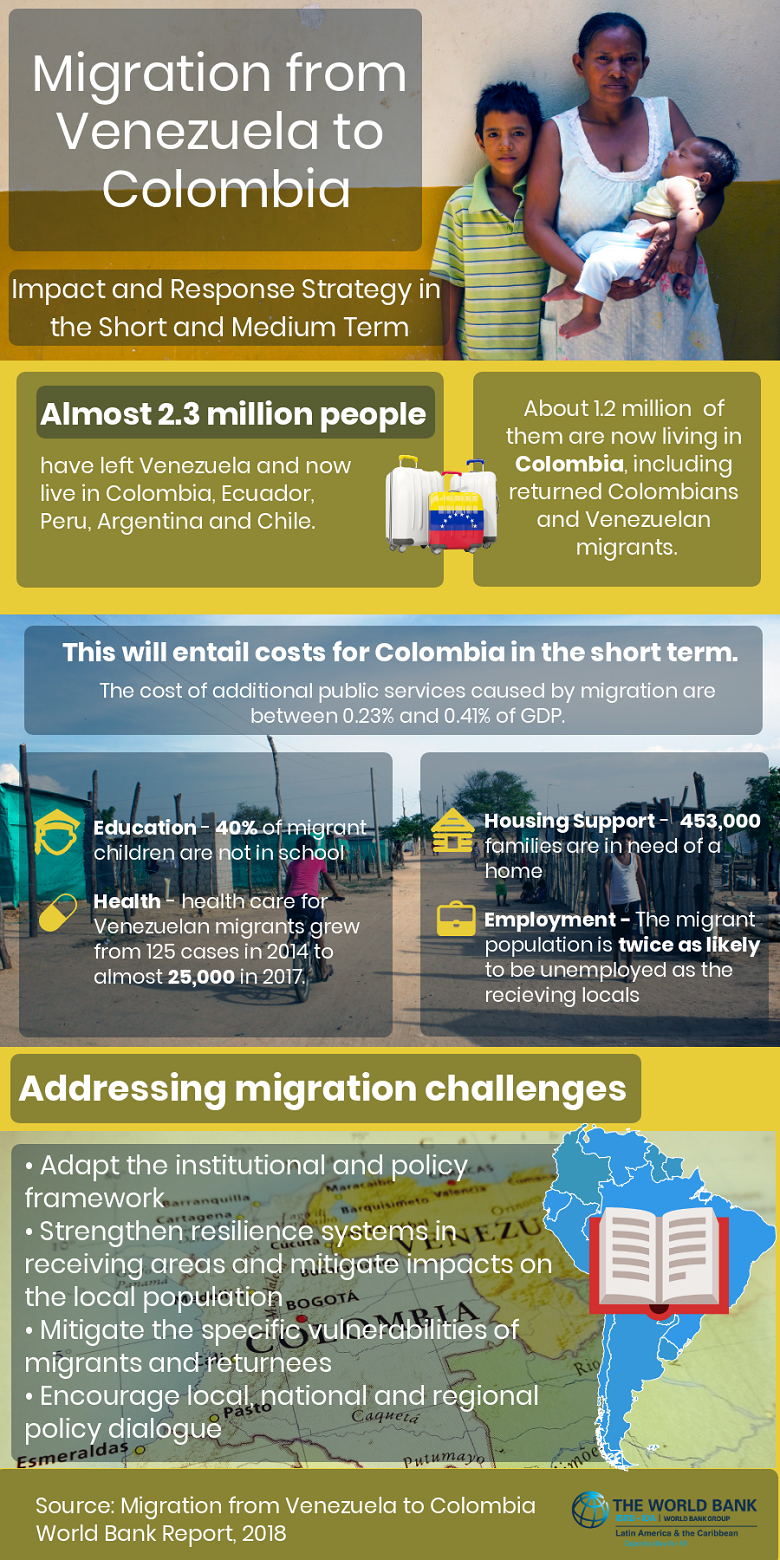 Colombia has reacted proactively and has allocated important resources to serve both migrants and the population living in the receiving areas. However, the extent of this migration requires a greater commitment from the international community.