In the Kyrgyz Republic, Remembering the Past Can Help Mitigate Disaster Risks in the Future 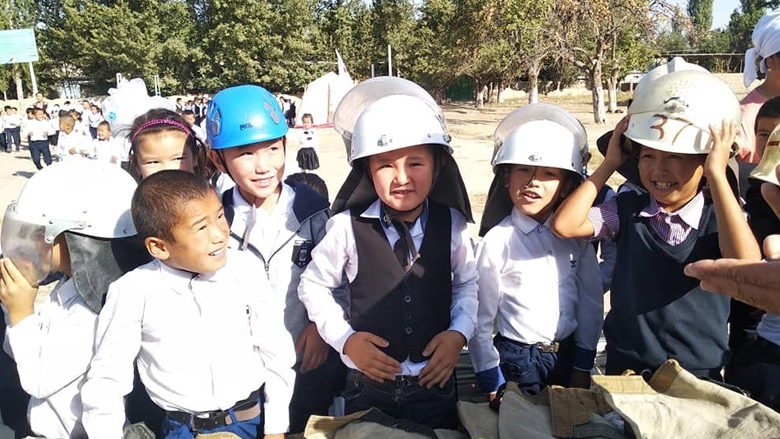 The rugged, dynamic landscape of the Kyrgyz Republic is prone to a wide array of frequent and often devastating natural hazards, such as earthquakes, floods, mudflows, landslides, or droughts.

On October 5th, 2008, a 6.6 magnitude earthquake rocked Nura village in the Kyrgyz Republic’s Osh province. At least 75 lives were lost, and more than 140 people were injured, amidst extensive damages to homes and critical infrastructure like hospitals and schools.

Exactly 10 years later, on October 5, 2018, the Kyrgyz Republic commemorated National Disaster Risk Reduction (DRR) Day to remind citizens about “dormant” disaster risks and ensure the country stands ready to anticipate the next one.

Throughout the country, simulation drills were conducted in the weeks before the observance to familiarize the public with various emergency response mechanisms. Around 5,000 people representing fire and health services, school teachers and students, as well as emergency services, participated in simulation drills in Batken, Osh, Jalal-Abad, Talas, Chuy, Issyk-Kul regions, and the cities of Bishkek and Osh. 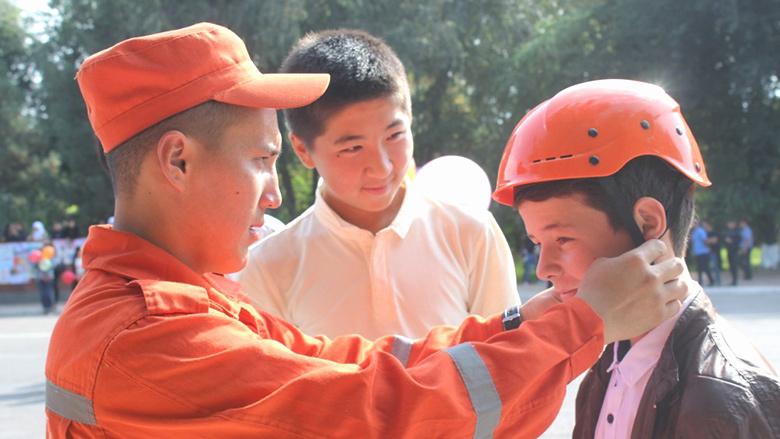 Strengthening the country’s resilience to climate and disaster risks is one of the highest priorities of the Kyrgyz government. To help move this agenda forward, the Kyrgyz Republic has partnered with a number of international organizations. For example, the World Bank and Global Facility for Disaster Reduction and Recovery (GFDRR) have supported an overhaul of the country’s emergency management center, as well as important investment programs like “Enhancing Resilience in Kyrgyzstan”, all of which is bringing significant improvements to the country’s early warning systems.

As part of the Japan-World Bank Program for Mainstreaming Disaster Risk Management in Developing Countries, Kyrgyz government officials also took part in an experts visit to Japan in 2016 to gain first-hand experience in how to integrate disaster risk management considerations into long-term planning, and to identify methods to involve the general public in this process.

For almost 60 years, Japan has been conducting National Disaster Prevention Day, which commemorates the 1923 earthquake that claimed the lives of over 105,000 people. Recognized as one of the leading cultures of disaster prevention in the world, Japan has been working to exchange knowledge and learning with developing countries to help reduce impacts from natural hazards around the globe.

Nurbolot Mirzahmedov, Minister of Emergency Situations of the Kyrgyz Republic, is confident that the Japanese experience will be instrumental in the Kyrgyz Republic.  “The nation-wide simulation drills help improve knowledge, skills and preparedness of the people in case of a natural disaster.  At the same time, the drills enable us to streamline coordination among key government institutions and agencies.”

The observance was formalized at a high-level conference in Bishkek on “New Approaches in Disaster Risk Reduction,” led by Razakov Jenish, Deputy Prime Minister of the Kyrgyz Republic and attended by representatives from academia, non-governmental organizations and international partners.

The conference provided an opportunity to highlight the importance of disaster preparedness and risk reduction for decision-makers and other stakeholders. It also allowed the World Bank to introduce an up-to-date continuity plan on Information and Communication Technology in Japan to maintain critical functions during emergencies.

“The World Bank is committed to continuing our support to the Kyrgyz Republic and Central Asia in developing a safer environment for its population,” said Ko Takeuchi, Senior Disaster Risk Management Specialist at the World Bank. “Introduction of the National Disaster Risk Reduction Day and emergency drills throughout the Kyrgyz Republic is an important achievement from our joint efforts and successful application of the learning exchange between the Kyrgyz Republic and Japan. The dedicated work of the Kyrgyz government in disaster risk management made this success possible. We remain committed to sharing the best international practices and lessons learned in disaster resilience to support governments.” 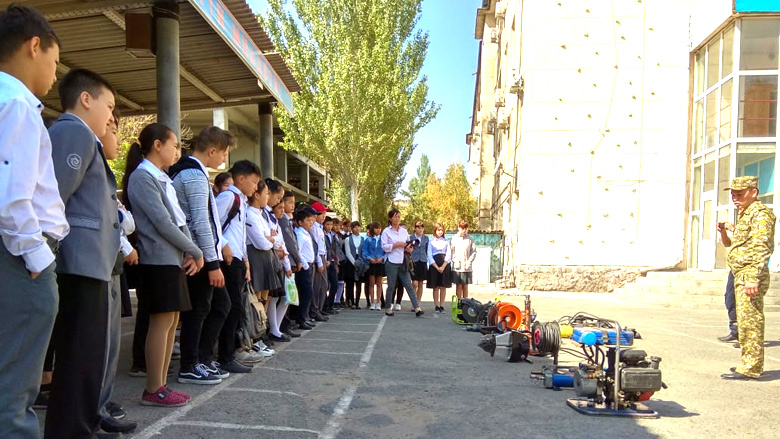