Daru Island, in the south west of Papua New Guinea (PNG), has some of the highest, per capita, rates of Tuberculosis (TB) and Multi-Drug Resistant TB (MDR-TB) in the world. Meet the team that are working, on the ground in Daru, to help deliver life-saving health work to stop the spread of TB in Daru and across PNG.

Daru, Papua New Guinea, July 2018 – The sun sinks low, marking the end of the rugby match and the start of the evening market, set up along the main road. Women stack coconuts and fresh spinach in bunches. The streets are quickly crowded, with people jostling past each other to buy food or travel home.

This is Daru town, the urban hub of Daru Island, a 14.7-square kilometer (5.6 square miles) landmass located in the Torres Strait, the stretch of water between Australia and Papua New Guinea (PNG). Part of PNG’s Western Province, the people of this small island are facing a very large problem: extraordinarily high prevalence of tuberculosis (TB).

As the provincial capital and one of few towns with both a hospital and an ATM, Daru town attracts people from all over PNG’s massive Western Province, and it is significantly overcrowded. Authorities have reported an average 8-12 people living under the same roof and in some cases up to 20 people. Cramped, uncomfortable living conditions, combined with PNG’s oppressive tropical heat, contribute greatly to the tuberculosis epidemic on the island.

“Tuberculosis can infect anyone who is in the vicinity of someone who has the disease,” explains Dr Paison Dakulala, Deputy Secretary of Health for Papua New Guinea. “Any one person who has [untreated] tuberculosis will infect 10-15 people in a year if they live in that same setting.”

"Tuberculosis can infect anyone who is in the vicinity of someone who has the disease. Any one person who has [untreated] tuberculosis will infect 10-15 people in a year if they live in that same setting."
Dr Paison Dakulala
Deputy Secretary of Health for Papua New Guinea 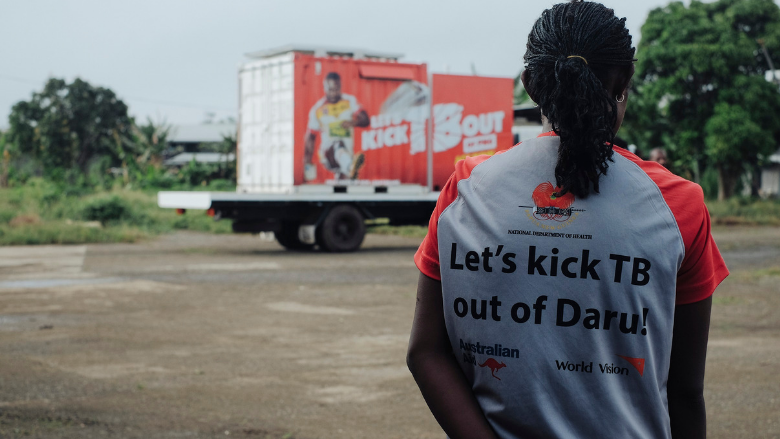 The World Bank has joined the fight to kick TB out of Daru Island alongside partners including the Australian government, WHO, World Vision, Burnet Institute and PNG health authorities.

A global hotspot for drug-resistant TB

TB infection cases have been growing at frightening rates in Daru and other parts of PNG. TB is still one of the leading causes of death worldwide with an estimated 10.4 million people falling ill with the disease in 2016. The World Health Organization (WHO) has declared PNG’s Daru Island a global ‘hotspot’, particularly for multi-drug-resistant strains of the disease.

“When you miss the drugs, the bacteria itself will overpower the medicine; and that’s when drug-resistant forms of TB happens,” explains Dr Dakulala. 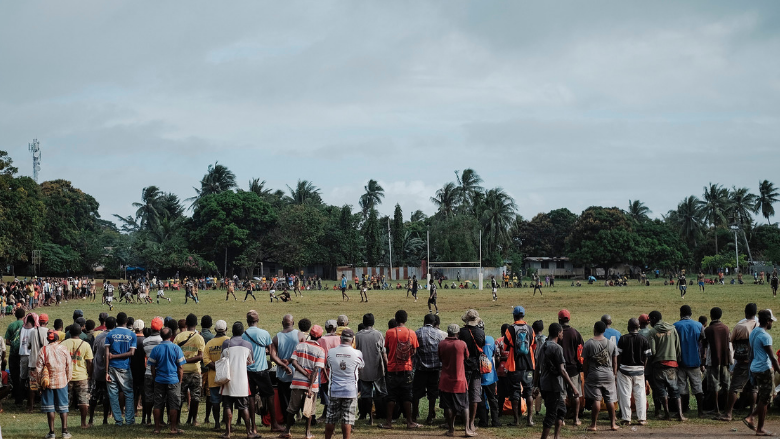 Daru Island, in the south-west of Papua New Guinea, has some of the highest rates of Multi-Drug Resistant Tuberculosis in the world (Tom Perry / World Bank)

In response to the situation in Daru, the World Bank, together with PNG’s Department of Health and Western Provincial authorities, the Australian Government, WHO, as well as Burnet Institute and World Vision, are now all working together to combat the growing tuberculosis epidemic in Papua New Guinea.

The Emergency Tuberculosis Project brings state-of-the-art tuberculosis diagnosis and treatment to PNG to stop multi-drug resistant forms of the disease before it reaches difficult-to-control levels.

Early results have been positive. In Daru, five dedicated treatment sites have been established, where patients come to get their daily medication, and receive counselling, community support and a hot cooked meal, close to their home. By removing the physical and psychological barriers to access health services, the treatment sites are significantly increasing the percentage of people who complete tuberculosis treatment.

In addition to the treatment sites, a mobile X-ray van is now travelling around Daru with a 10-person health team to conduct free, on-the-spot TB screening and education sessions for communities. Since first hitting the road in February 2018, the custom-built van – unmissable, with its bright red LET’S KICK TB OUT OF PNG message proudly emblazoned on all sides – has screened 800 households, reaching 6500 people as of July 2018.

“We are screening the whole population of Daru,” says Dr Dakulala. “If they have tuberculosis we get them straight on treatment. We are now moving towards basically eradicating TB in the long term, and that’s in line with the global strategy by 2035.”

Kicking TB out of PNG

The first year of the Emergency TB Project has been focused on Daru Island, with initial data showing exceptionally high treatment completion and cure rates. Remarkably, the number of patients who have been diagnosed with TB and that are not completing their treatment has dropped from 30% in 2012 to almost zero in 2017. The project is now beginning to expand to other parts of the country, including the capital, Port Moresby.

Dr Dakulala says that despite the scale of the challenge, the efforts are paying off, and saving lives.

“This is the TB moment. And we are using this moment to ensure that we put the foundations in place for us to eradicate TB, not just in this hotspot area of Daru, but the whole of Papua New Guinea.”